Weather always has a dramatic effect on wood. Especially when it comes to decks.

My parents deck is slowly falling prey to the negative effects of being exposed to the elements. In this particular case, the railing is slowly pulling away from the side panels. That's one of the issues, the other is the deck is slowly sinking too, but I'm not equipped to fix that, so I'll stick with something a bit simpler instead.

I broke out some basic tools (for some reason I couldn't find my pry-bar, which was irritating...), and got to work pulling up the railing. A number of the nails were quite stubborn, I was being attacked by wasps, and there may have been some cursing as well. 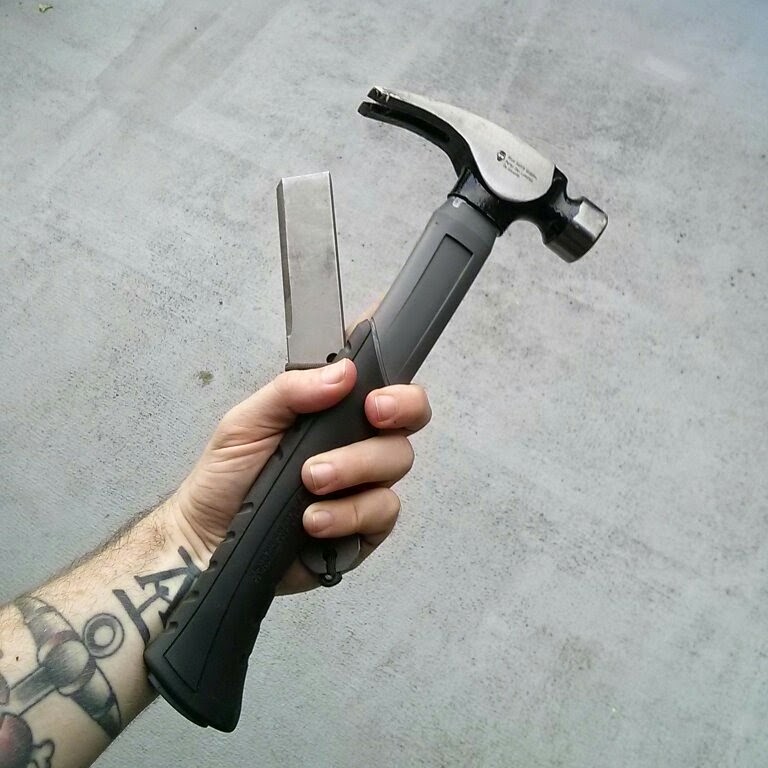 Below, you can see the slow progress - pulling the railing up, bit by bit. 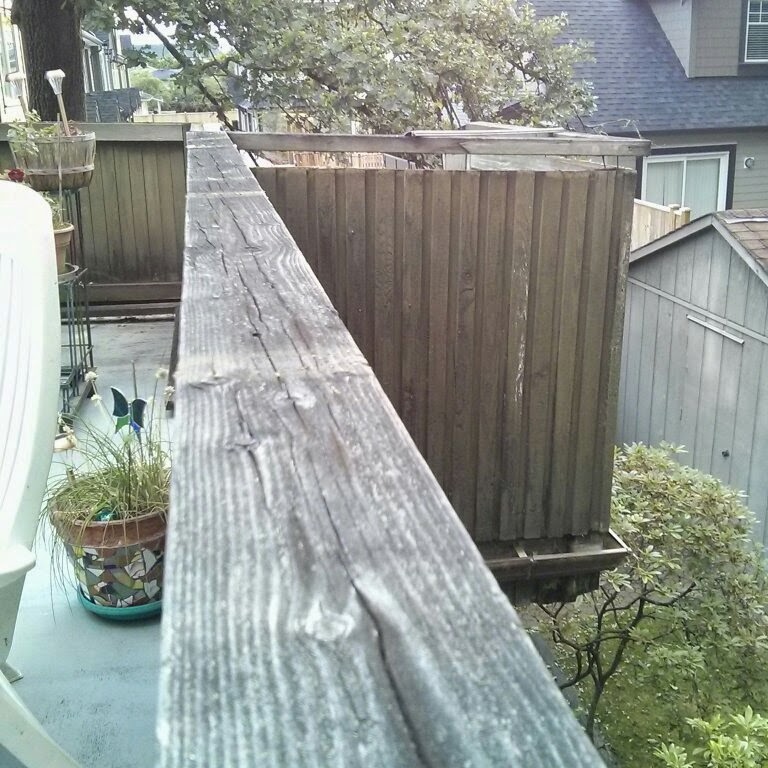 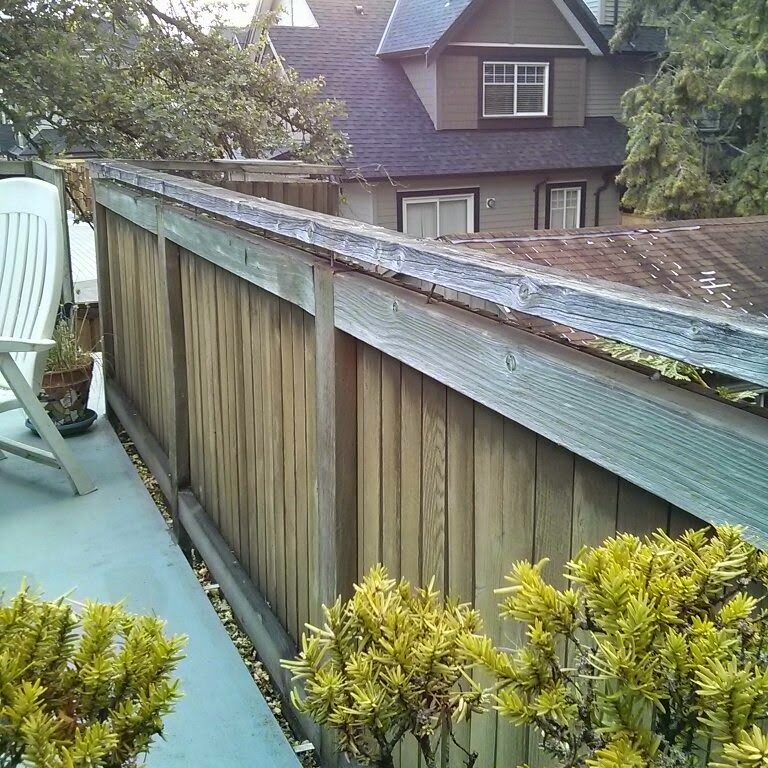 Finally pulled all of the railing boards off... 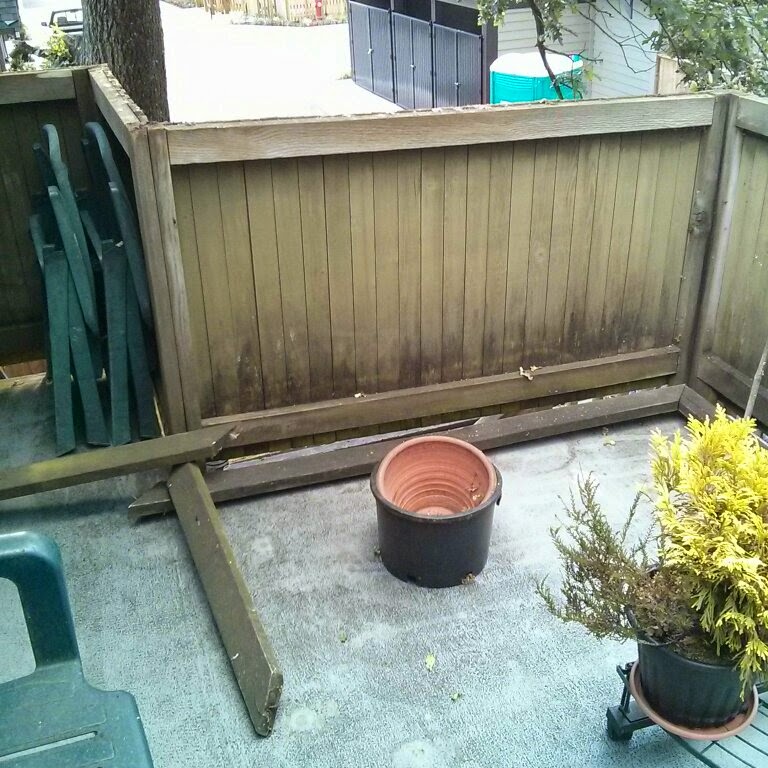 The railing wood was in surprisingly good shape, oddly enough, but was twisted and some parts were starting to rot a little. Also, I'd rather use deck screws instead of nails for the railing. I'm not too sure if this is the best idea, but you learn by doing, so this is a bit of an experiment in a way.

Once all the rails were pulled off, I drew a quick schematic, and threw some measurements down on paper. It would have been a bit easier to have done that first, but it didn't matter in the end really. 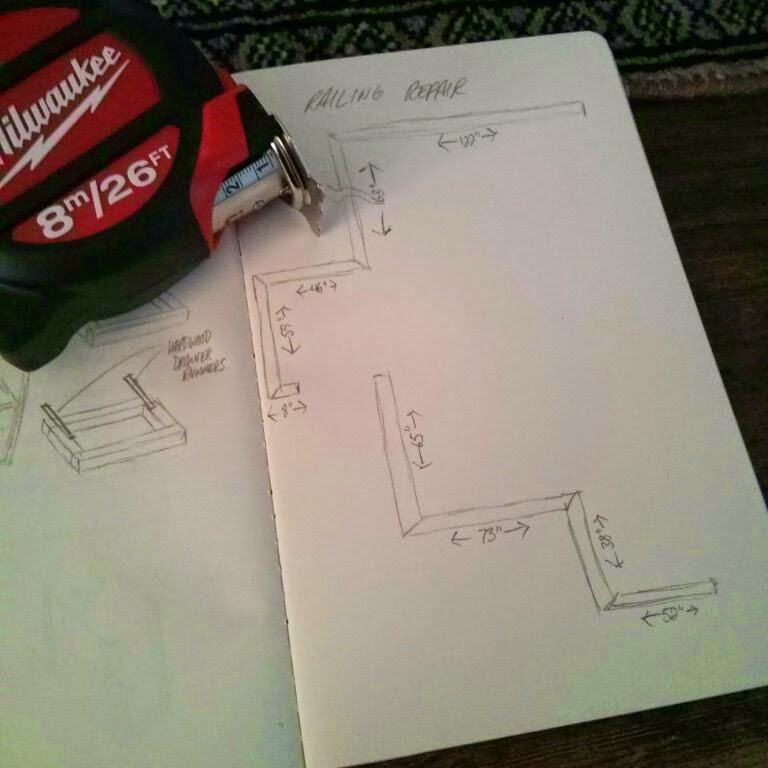 Now that I knew the measurements, had a diagram, and knew the miters I'd need to make, I broke it all down into some good old math, and came up with a cut list, and a purchase list, which worked out to:

Simple, I only need to buy 5 planks, and cut them to size. I'm likely going to go with pressure treated wood, but I need to look into which type of decking wood is best, since I do need to cut it, and I don't want to have to seal the wood, or the cut ends... so I need to find this out before spending a dime.

(In the meantime, I put the old railing back on... time and finances dictated that choice, sadly.)