We left off in the last post with the project barely even started. In this post, we go through the rest of the steps to finish the Photo Clipboard project, just in time to give it to my sister for Christmas.

When I had rough cut the planks into smaller boards, I apparently did not cut them square (odd, since I used a speed square to guide the cuts...) so I had to line up the boards, mark a line, and cut off some excess. 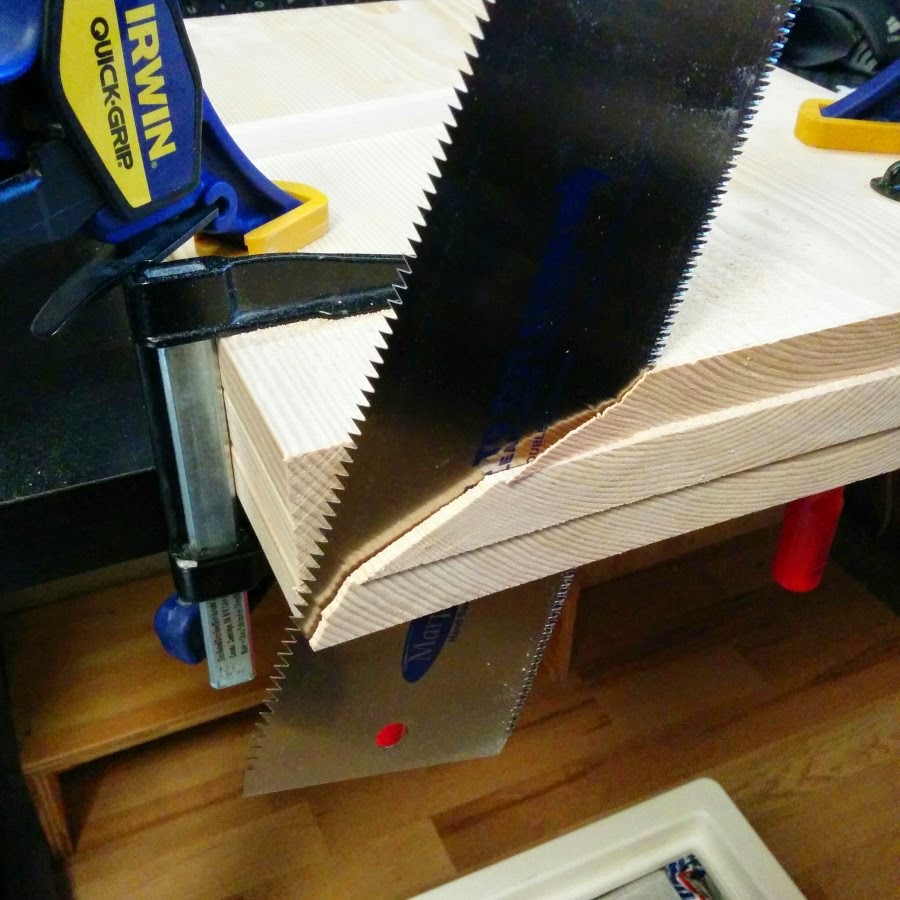 Once I trimmed off the excess, I had to fine tune the cut and also smooth the end grain, so I got to try out my new low-angle block plane. 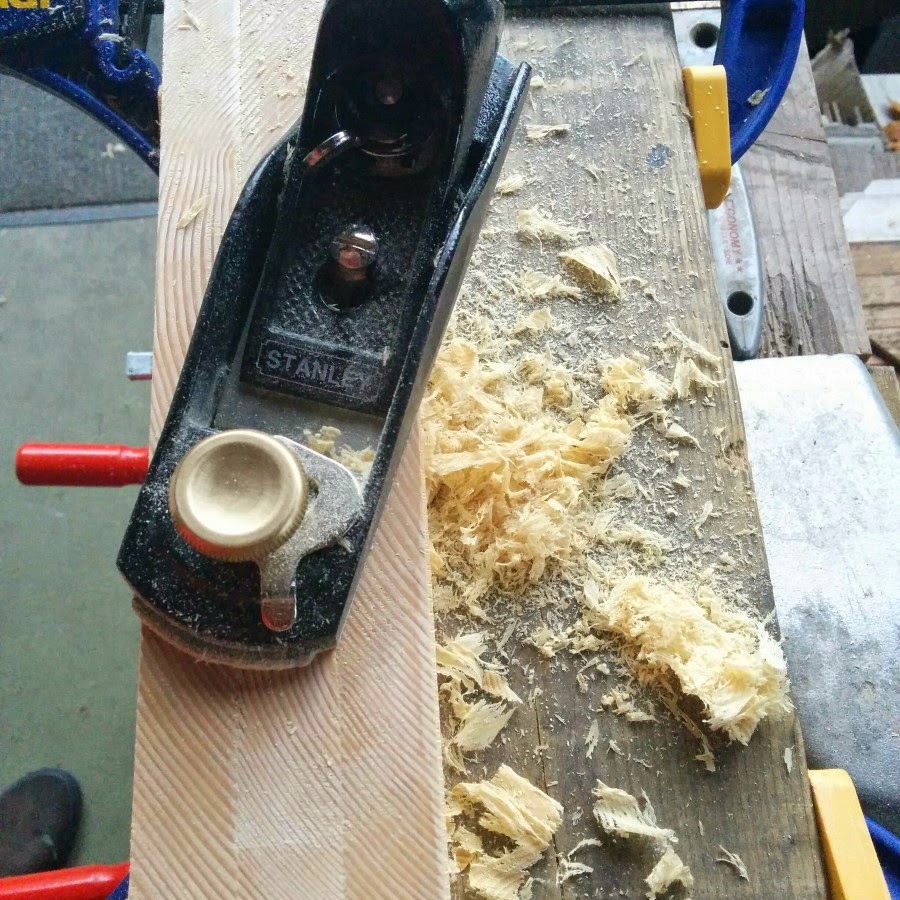 Mounting the 'photo clipboards' to the wall was something I had considered early on, I could have used a lot of different methods, I had it narrowed down to a keyhole plate, or one of those sawtooth hangers. 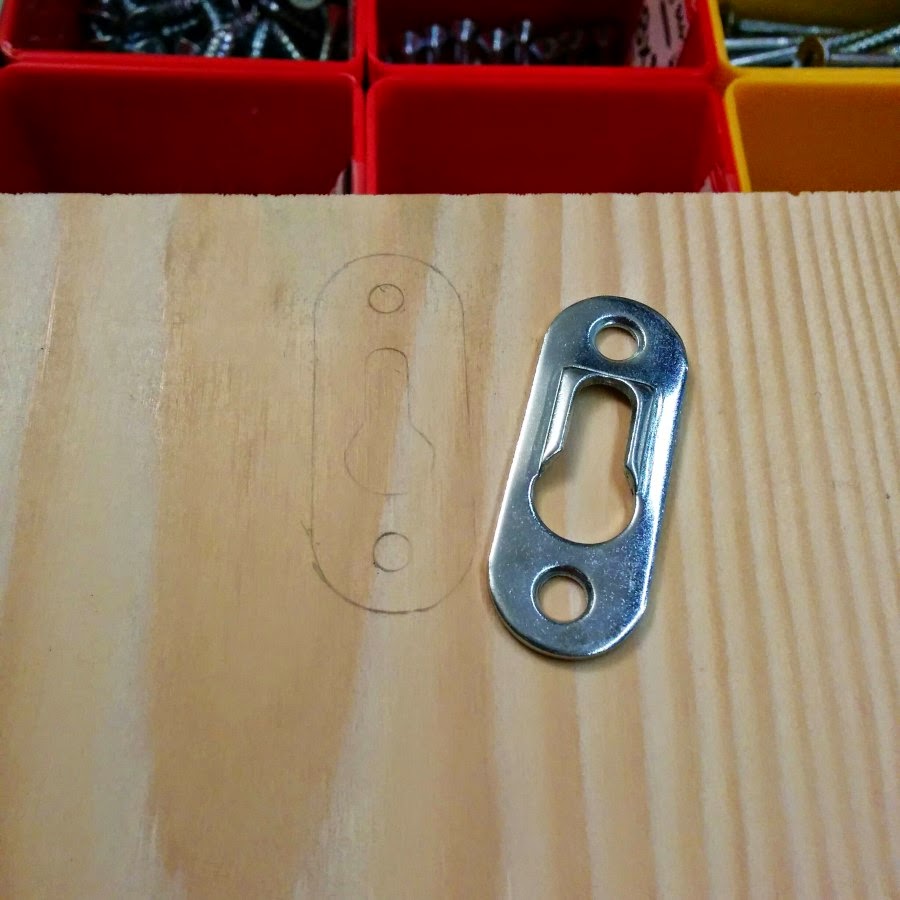 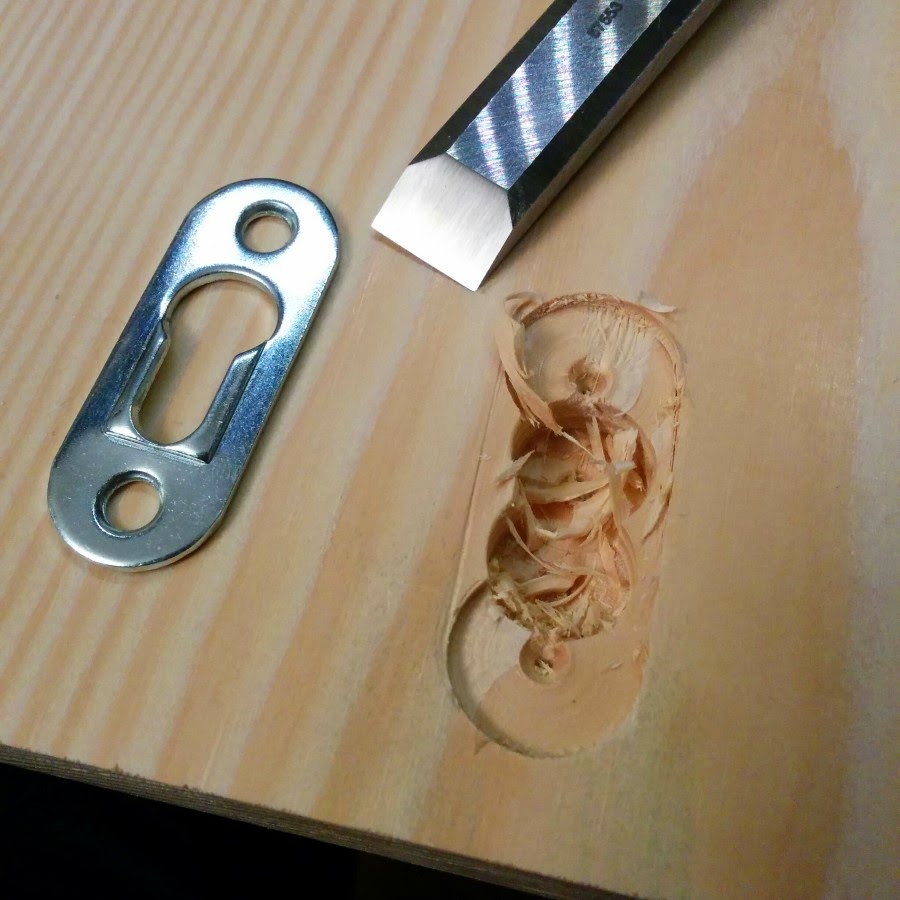 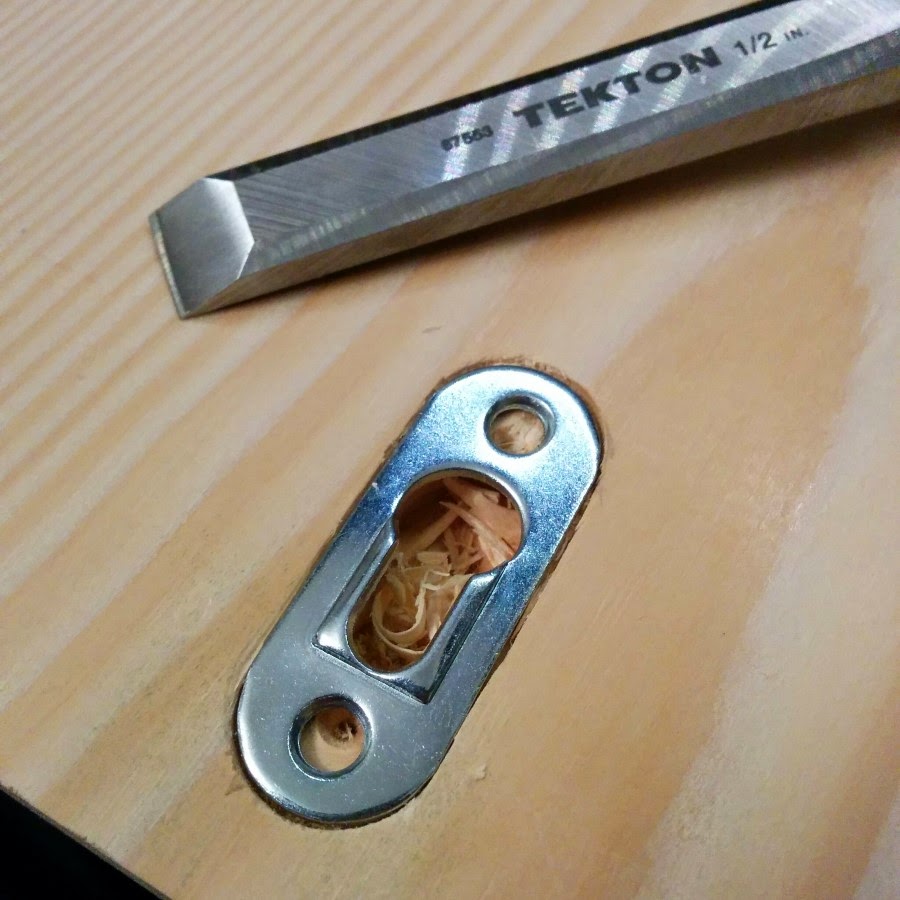 After mounting the keyhole hangers, and doing a test-hang, the clipboards hung a bit crooked - so in retrospect, I should have chosen the sawtooth hangers instead. But it was fun installing the keyholes and practising my chisel skills.

The planks needed to be roughed up a bit, since the corners and edges were too square and uniform. My sister wanted the rustic / well-worn look, so I got out my sander, some 60-grit paper, and went to town. 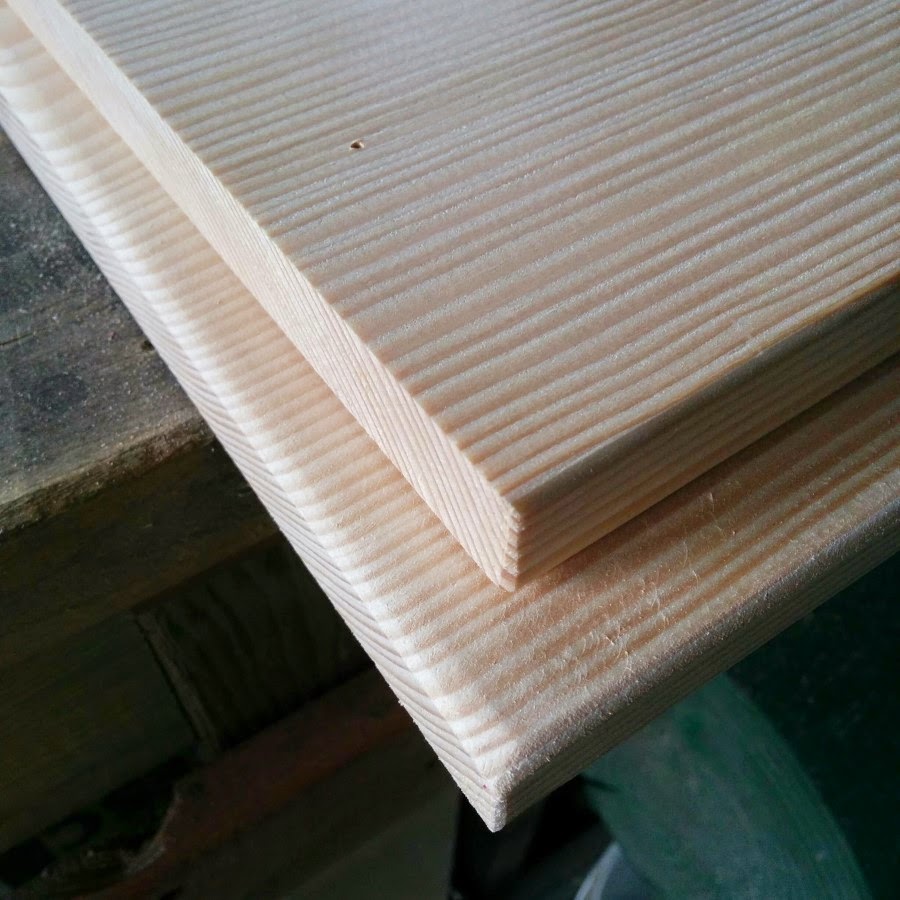 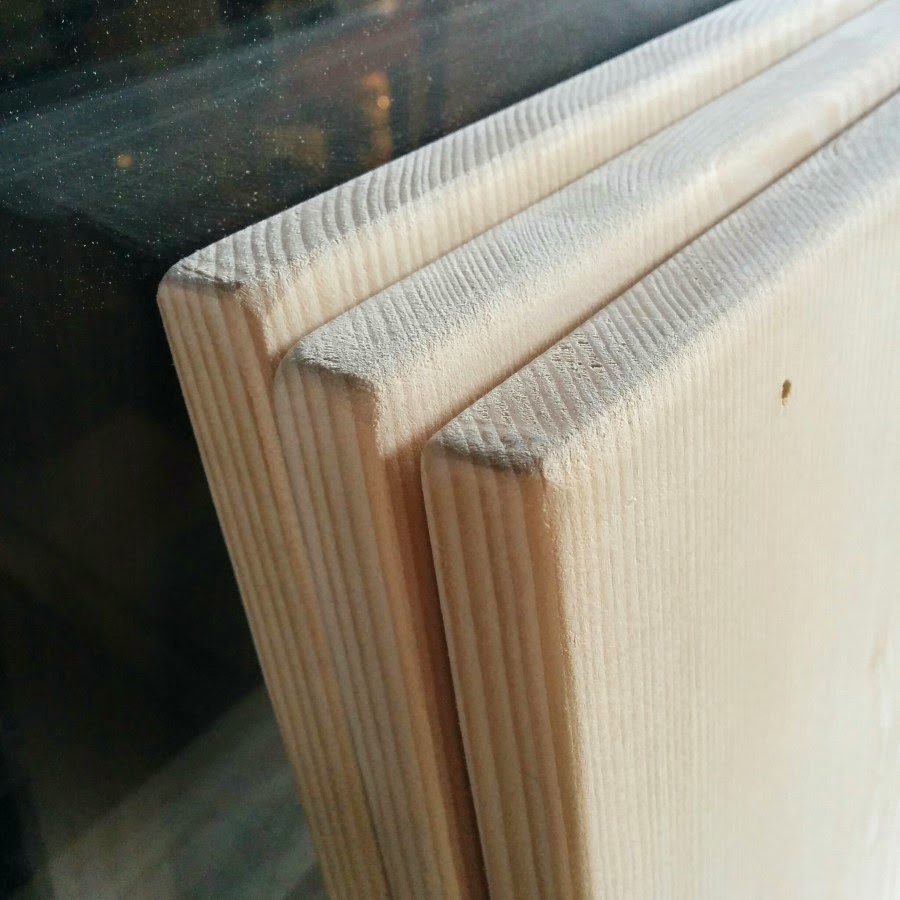 It's difficult to remember to take photos as you work, especially when sanding or painting, but I tried my best. After I had sanded the boards, I used my Shop-Vac to clean the dust off of the wood, in preparation for staining. 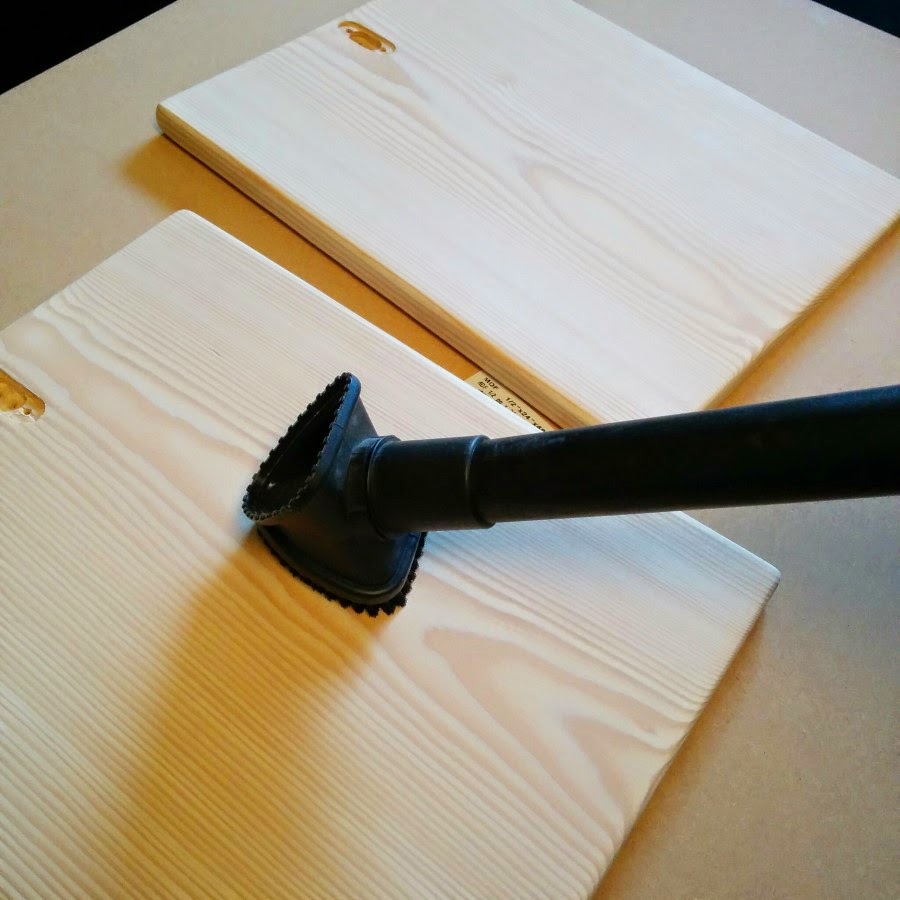 In order to get a nice deep tone, I left the stain on for 20 minutes before rubbing off any excess. The stain, clearcoat, and paste wax are all Minwax, so each stage of the finish would be compatible, producing a good end result. I've heard many times it's a good idea to stick to one manufacturer when finishing. (It's not a hard rule, but I seem to get good results this way) 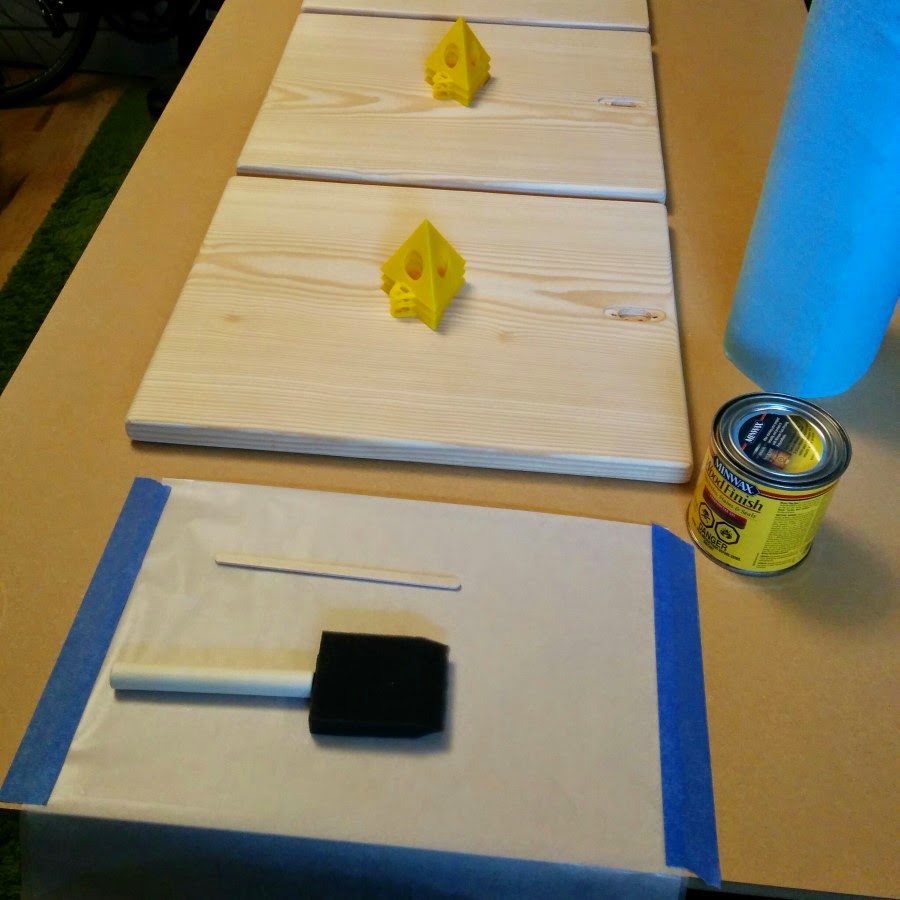 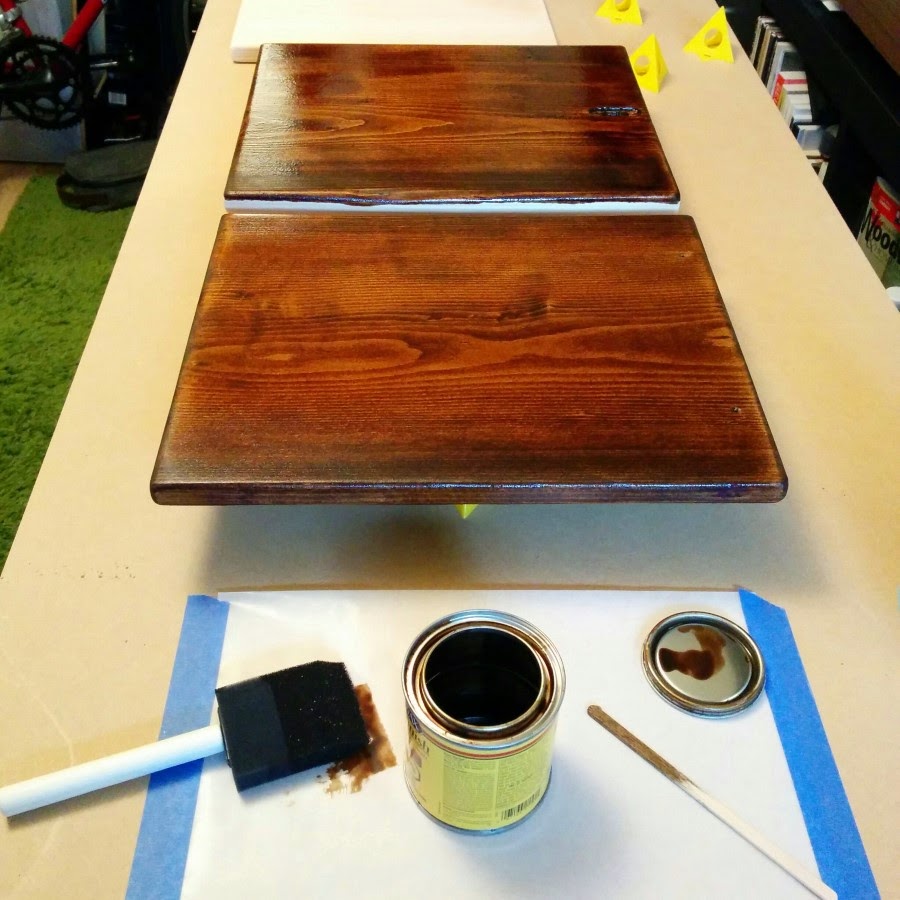 Now that the stain is applied, I put on the satin finish clearcoat, which was fairly straightforward, I put on one coat a bit too heavy which caused drips - since I'm still not too skilled with applying finish I haven't found the best way to avoid drips yet. No big deal, I can scrape and sand afterwards. 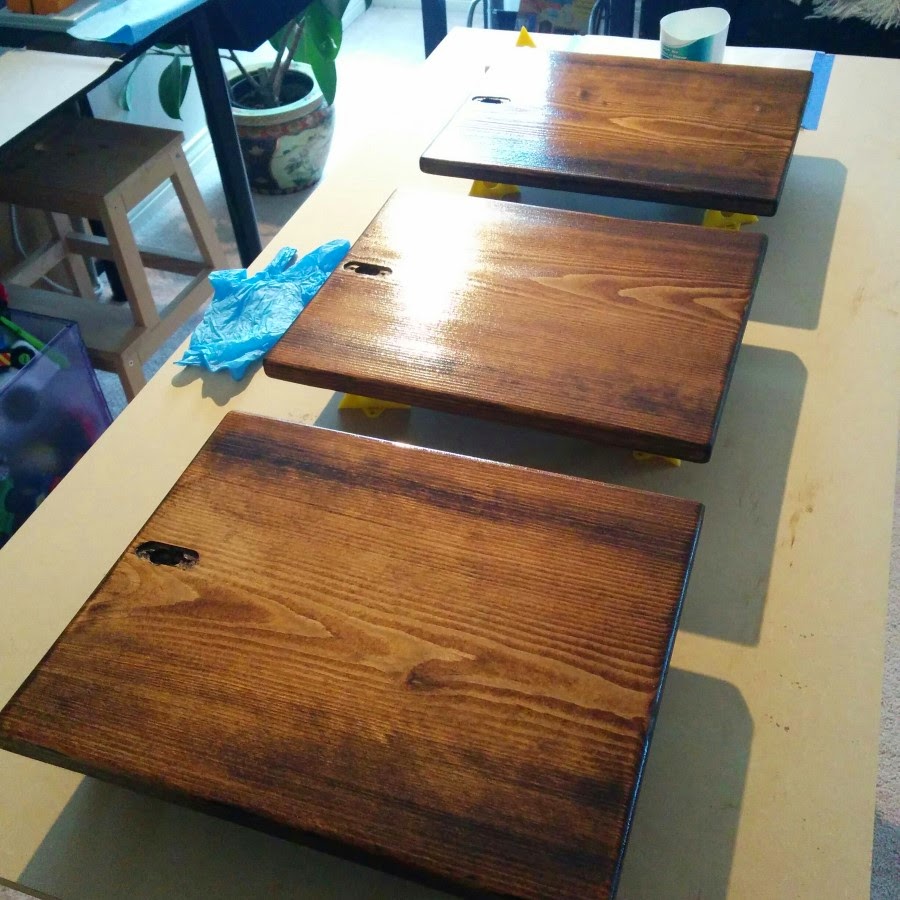 While the clearcoat dries, I opted to modify the clips. Since the clips didn't lay totally flat, I cut one side of the clips off, which wasn't totally necessary, but I wanted to see how it would turn out. After the first clip was cut, I tested it out - it seemed to sit better than the un-cut ones, so I did the rest. 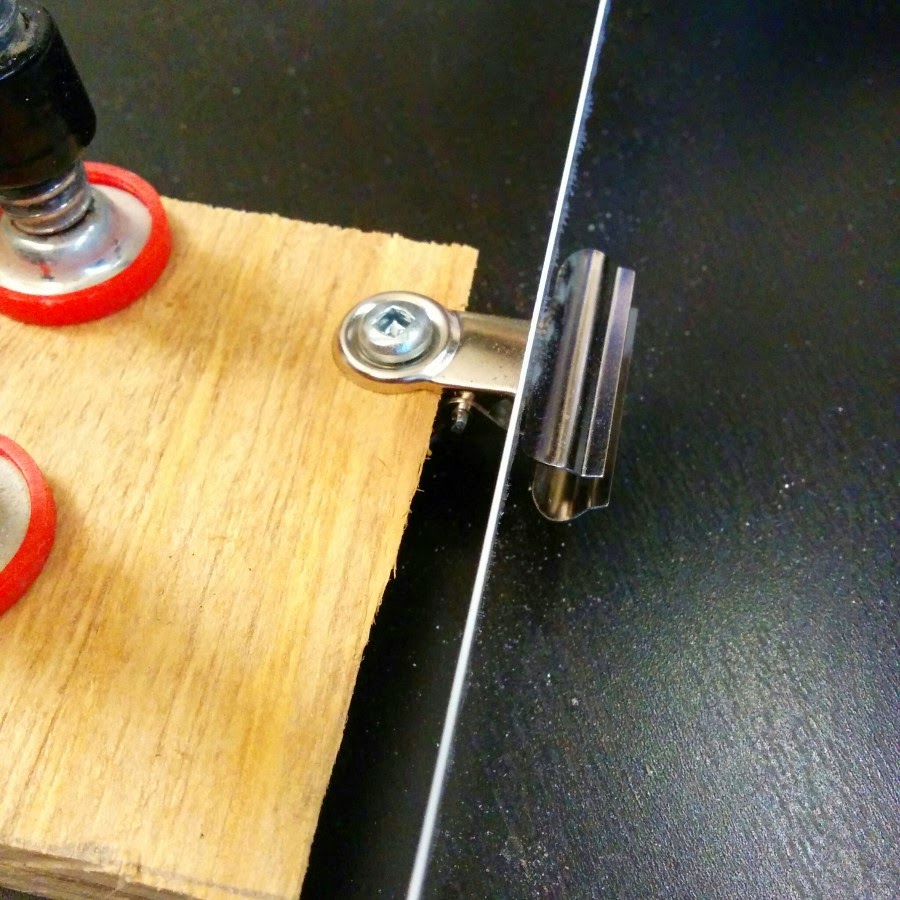 (Above - a quick jig helped me cut the bulldog clips) 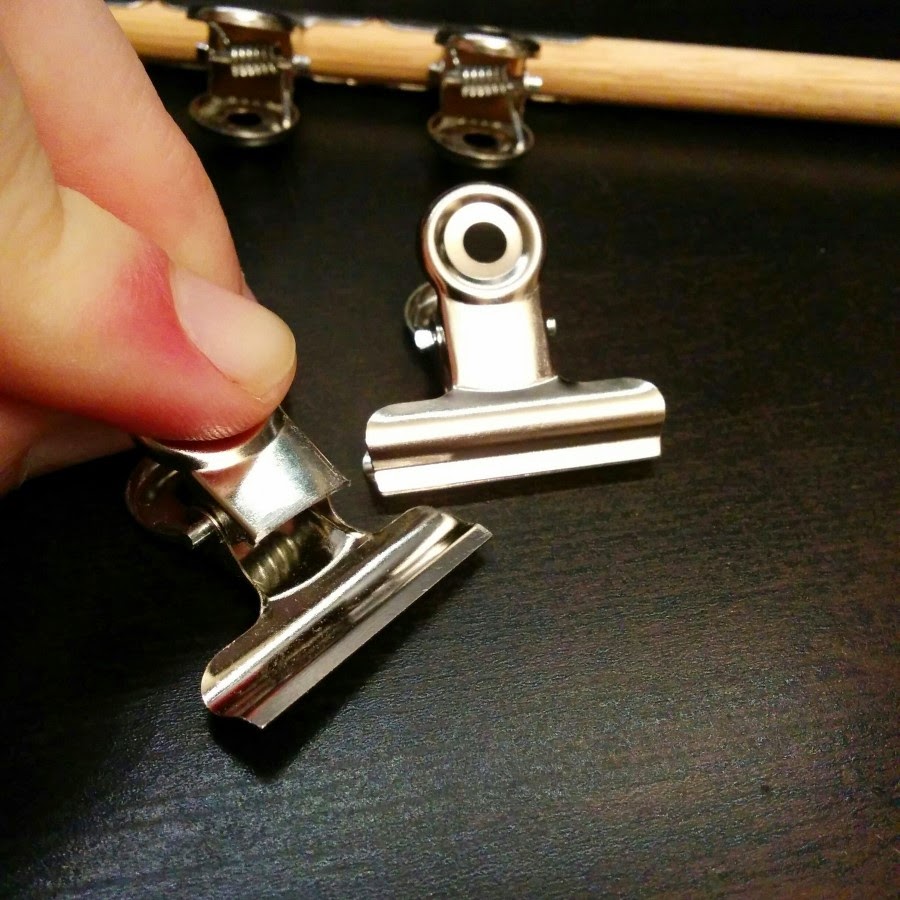 The clearcoat was finally dry - I could start assembly of the clipboards. The keyhole mounts were the first thing I installed, and then I moved on to the sanding stage. 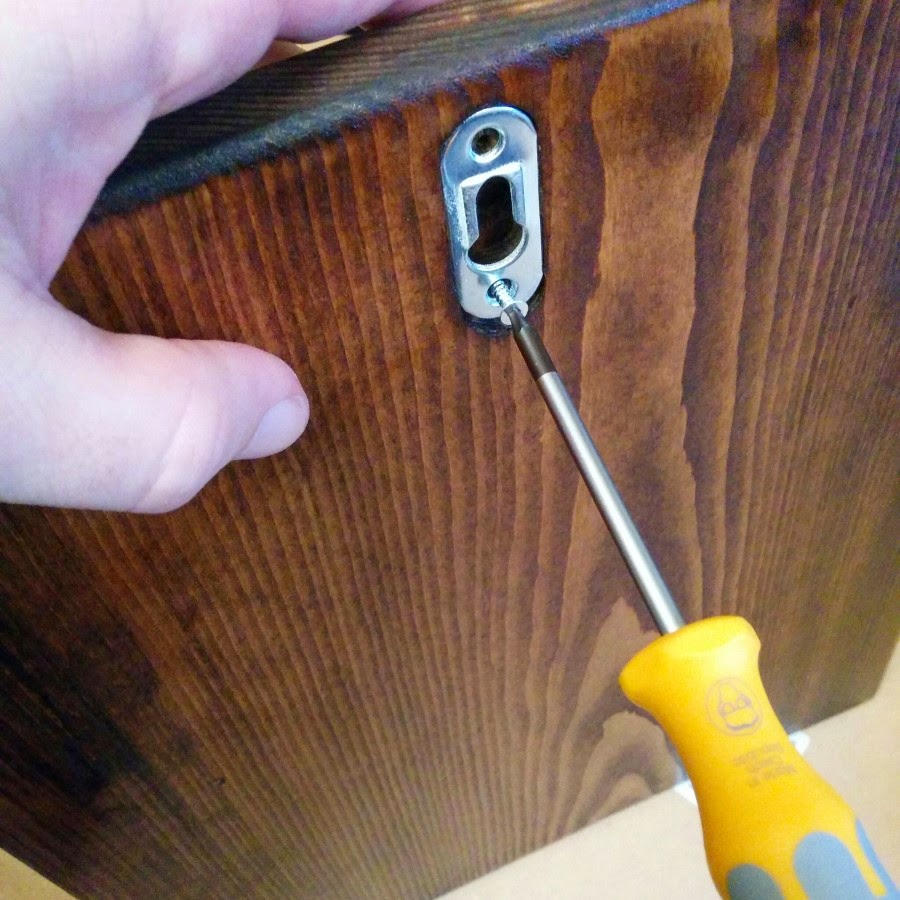 With the clearcoat dry - the finish was dull and rough to the touch. I wanted to use multiple coats, but I was running out of time, so I stuck with one. (It was a real heavy first coat, so it would be good enough) 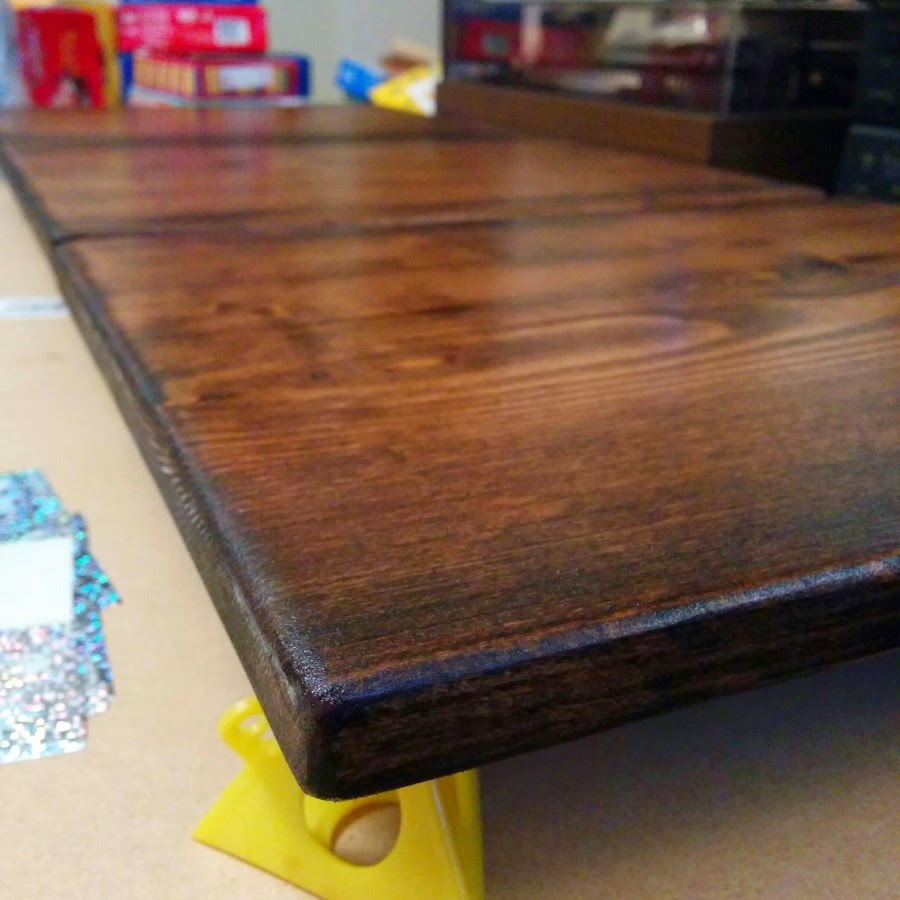 The boards needed a sanding, I put some 320 grit onto my random orbit sander. Sure, I could have done this by hand, but this would be faster since I was in a bit of a time crunch. 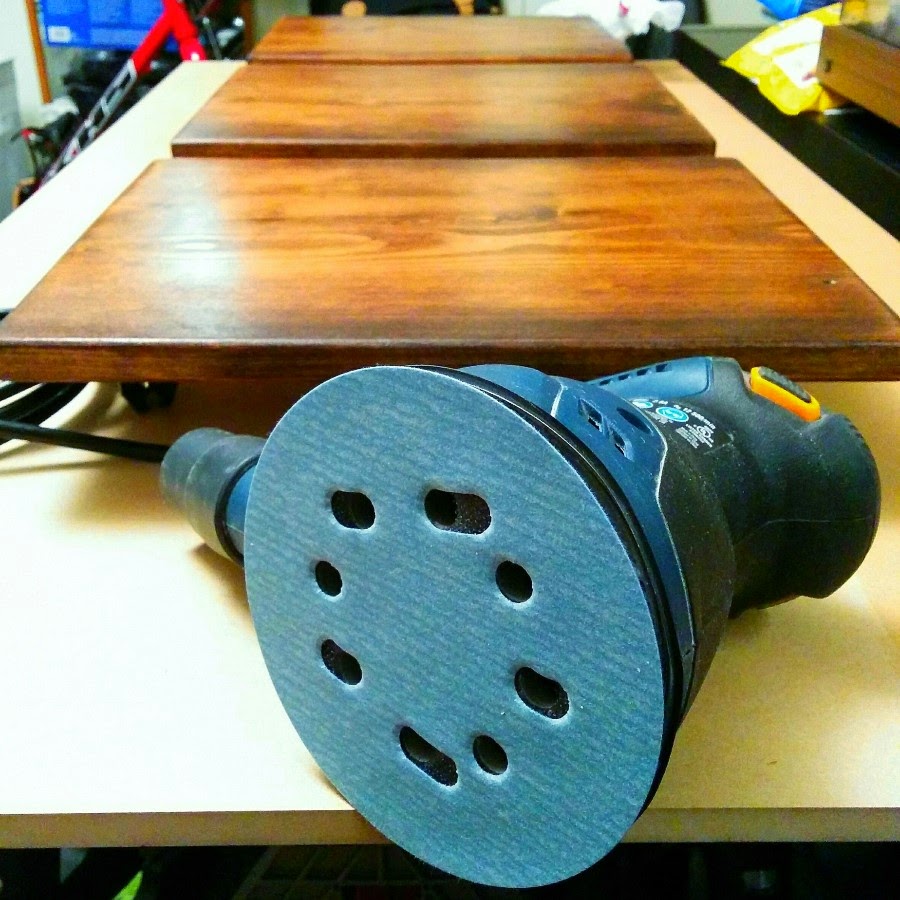 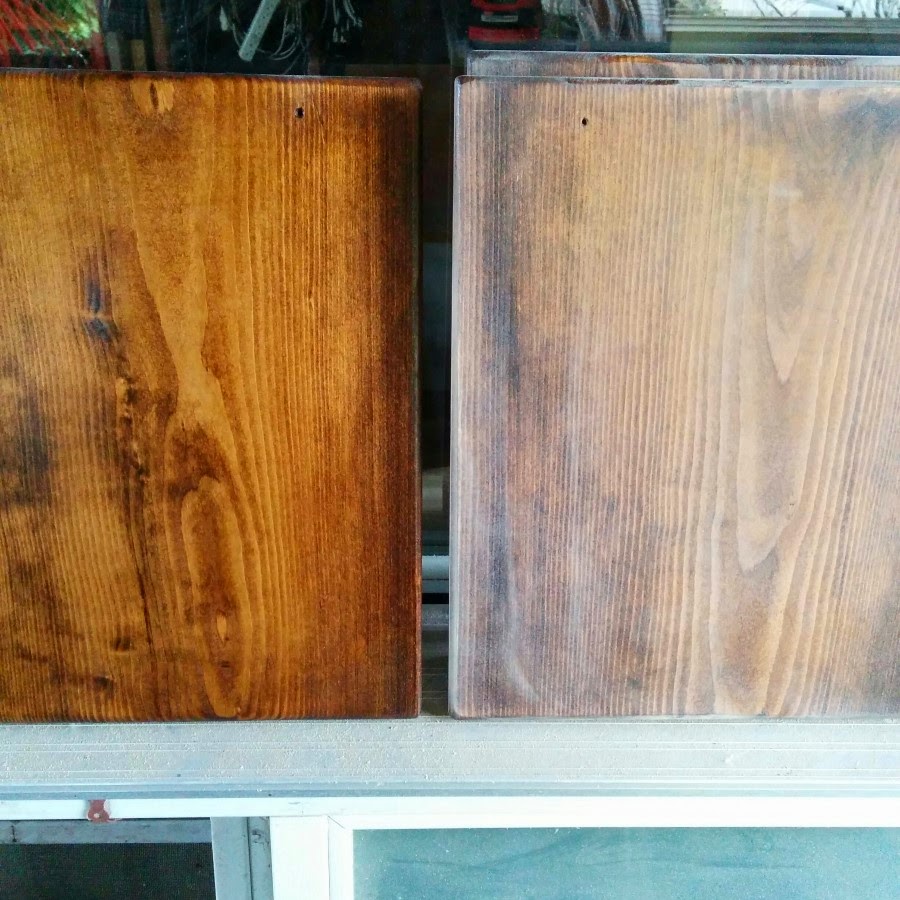 (Above: Before sanding, after sanding) 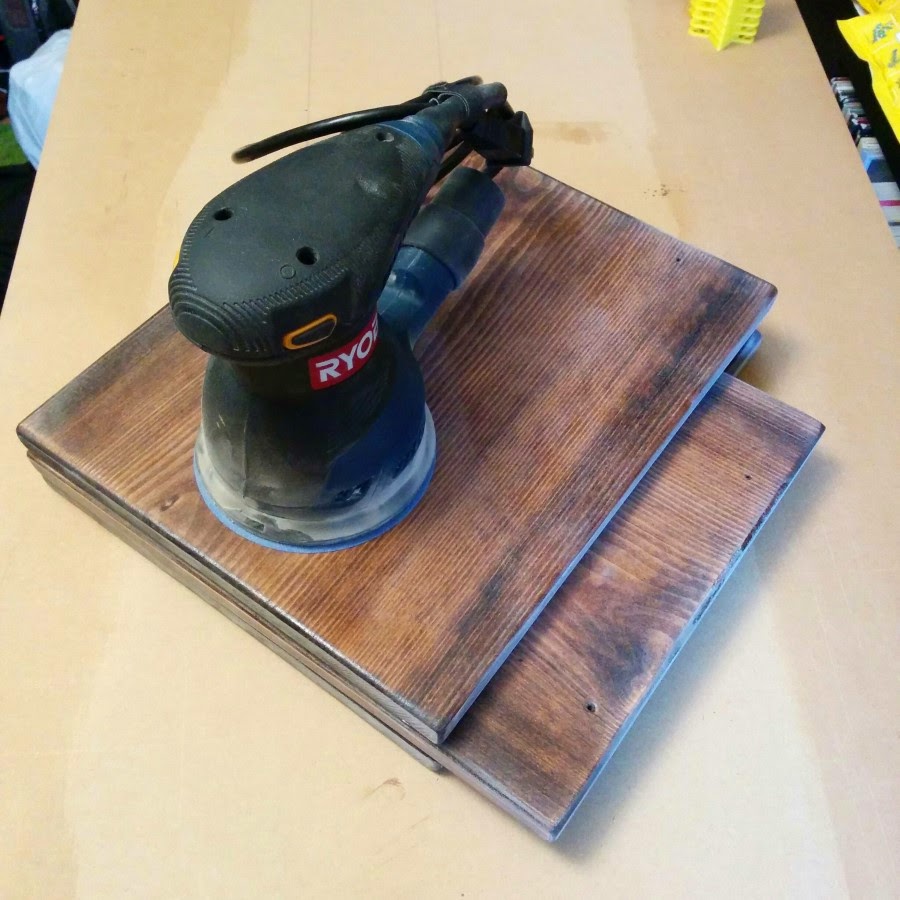 With the sanding done, the boards were nice and smooth, but also very dull. To complete the finish, I hand-rubbed in some paste wax with some 0000 grade steel wool. I have to say, this was the most tedious and time-consuming step of the whole process. In the end though, it was well worth it because the finish turned out really nice. 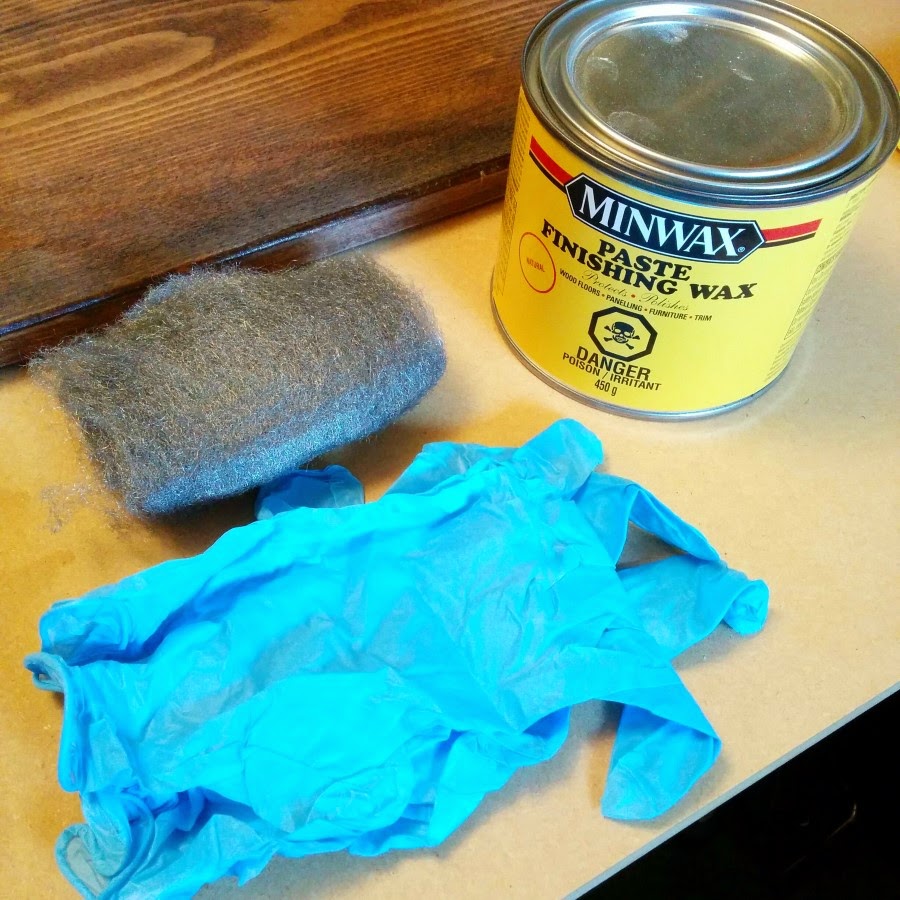 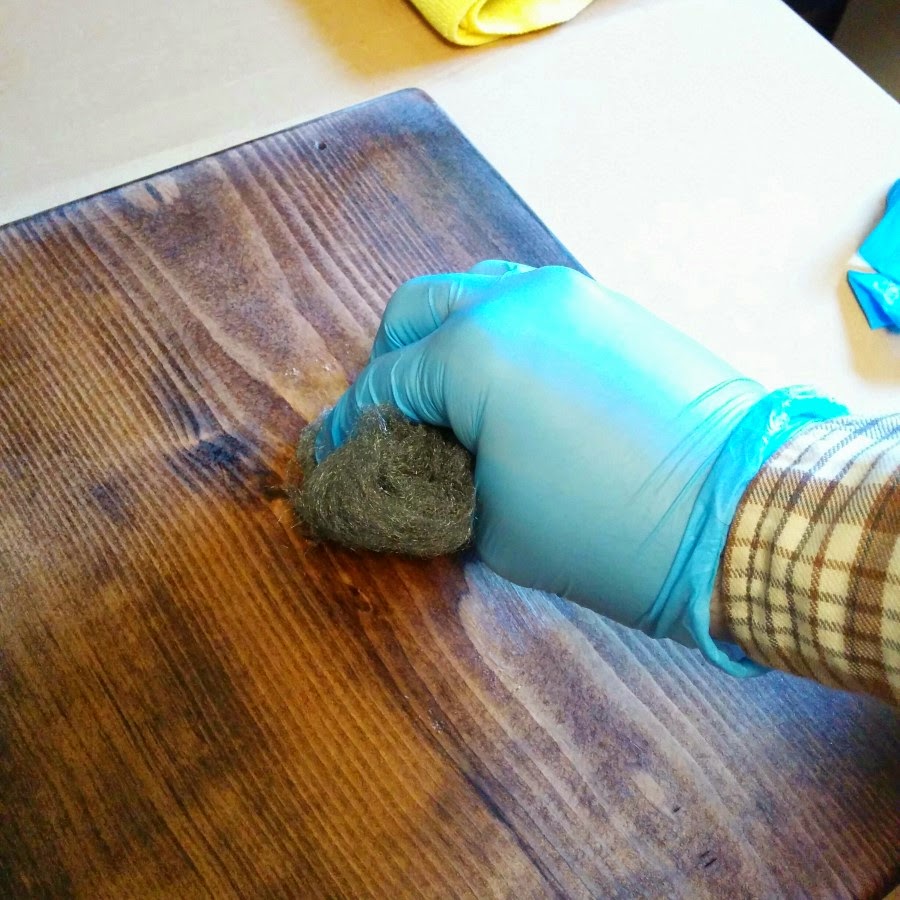 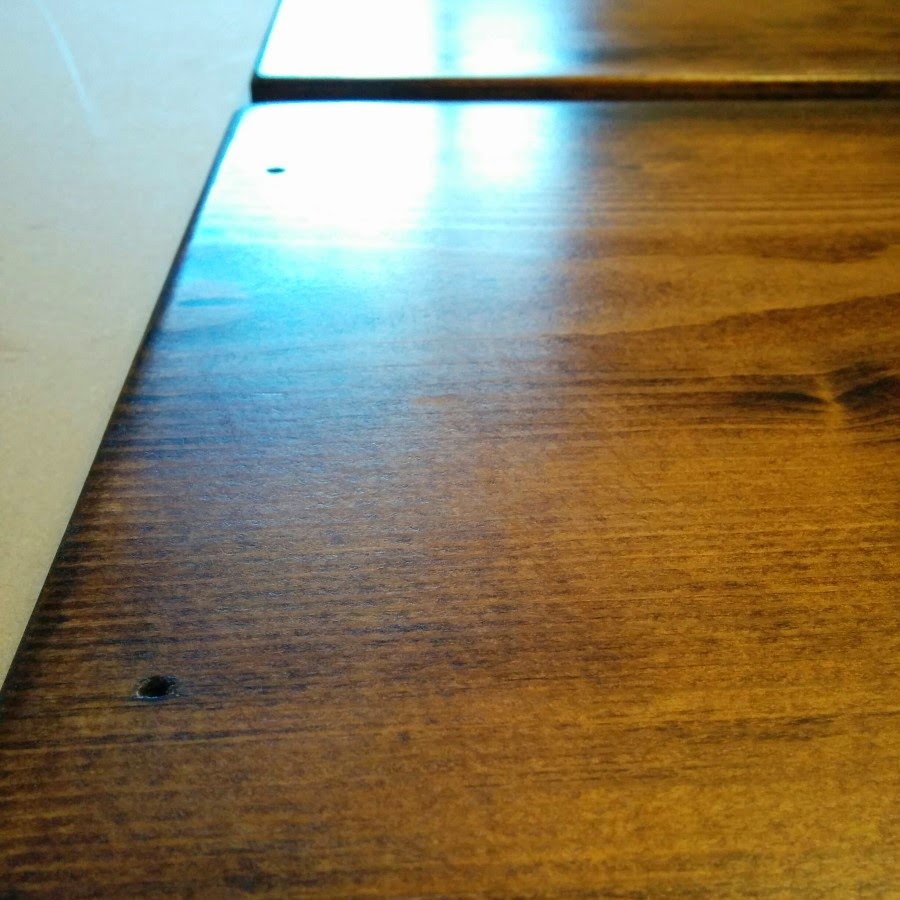 (Above: Smooth as silk, but still not too shiny)

Final assembly could begin since the finish is all taken care of. Now because I had cut off a portion from the bulldog clips, they didn't sit in a way where I could get my screwdriver though. I solved that by putting something between the clip to align the faces so I can get my screwdriver in. 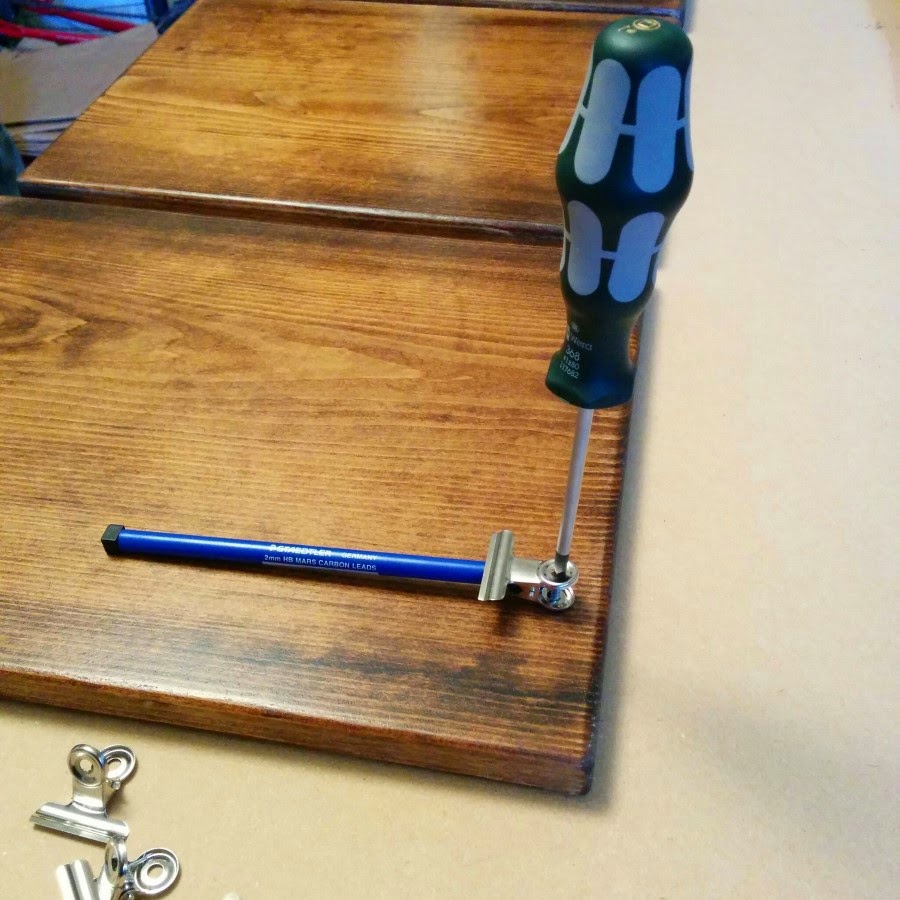 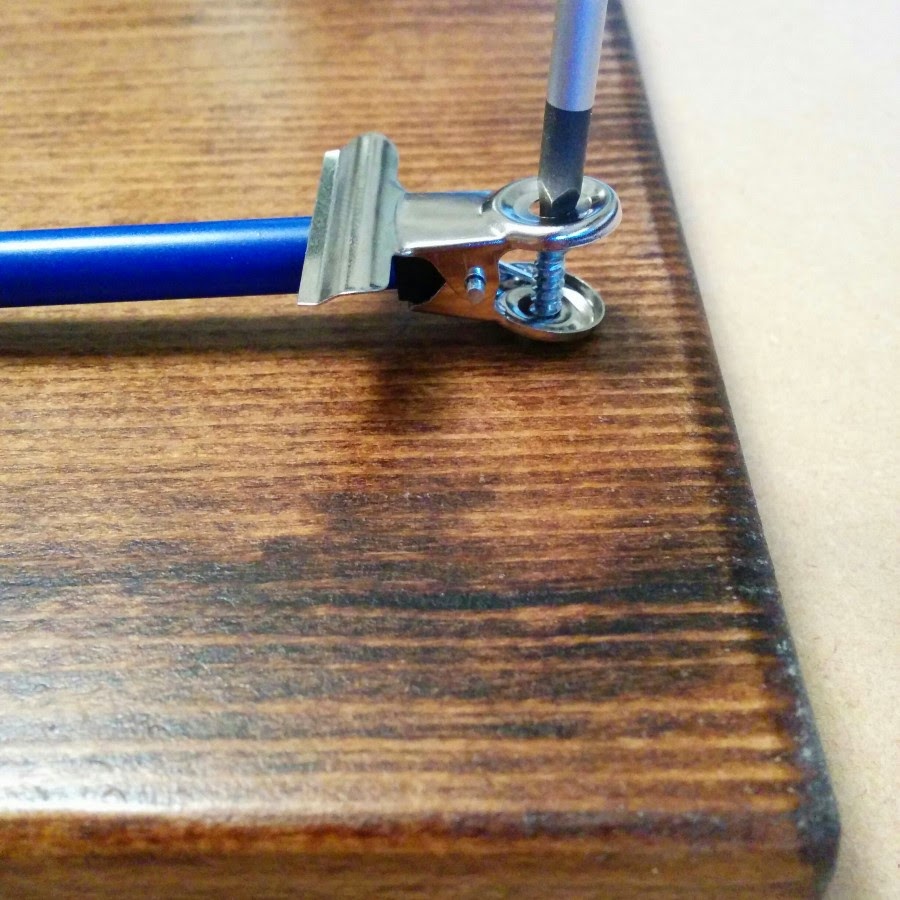 Lastly, because the boards sit a bit crooked when hung, I solved that issue by sticking some non-slip pads to the back of the board. After installing them, I did a test hang again - they worked like a charm. 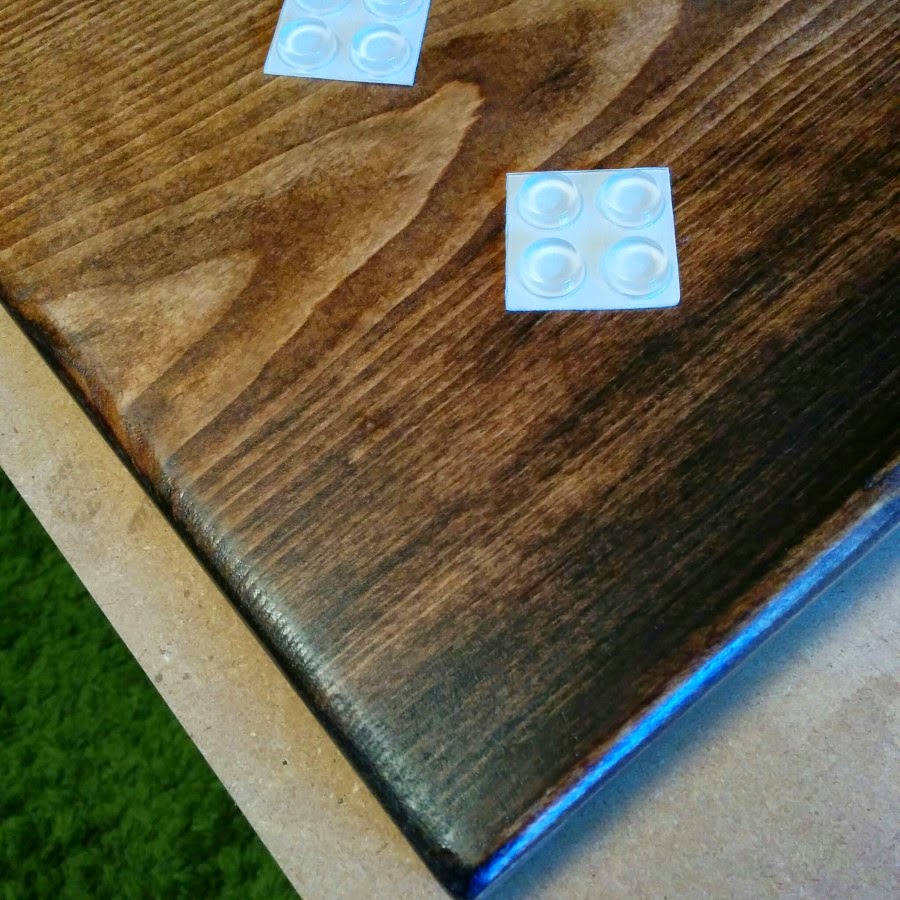 Another project finished, and just in time for Christmas! My sister seemed to like them, and now she can showcase her child's artwork for years to come. 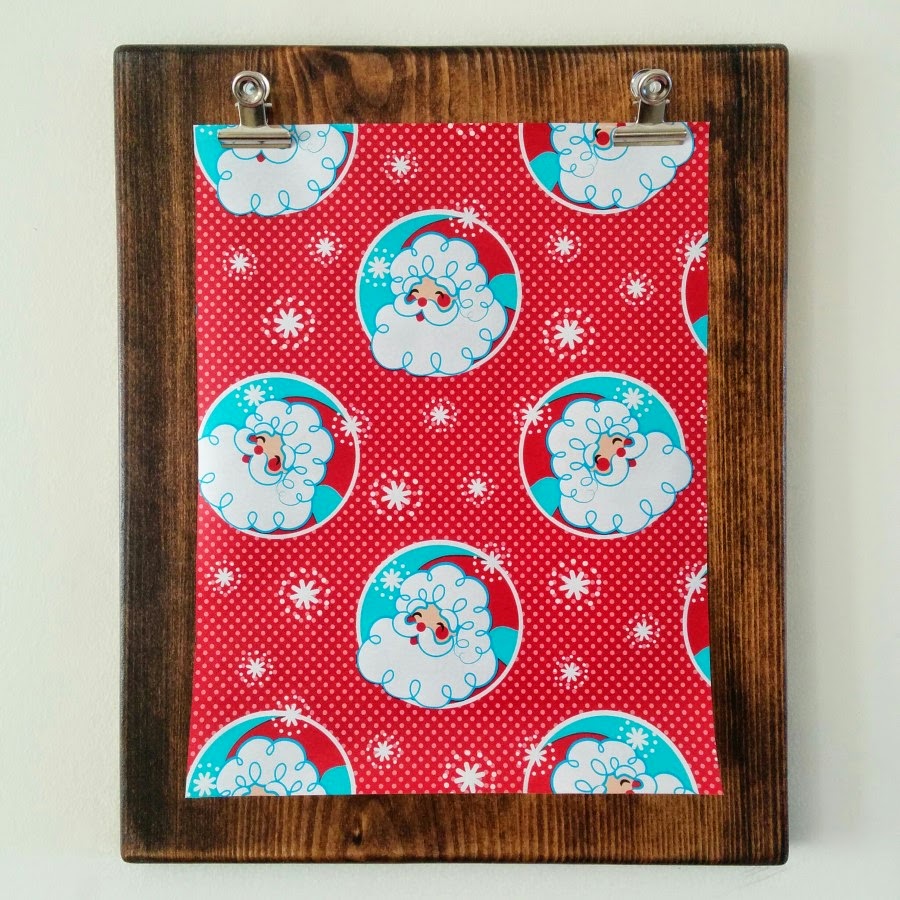 (Above: Finished, hung, and a sample included with the new gifts) 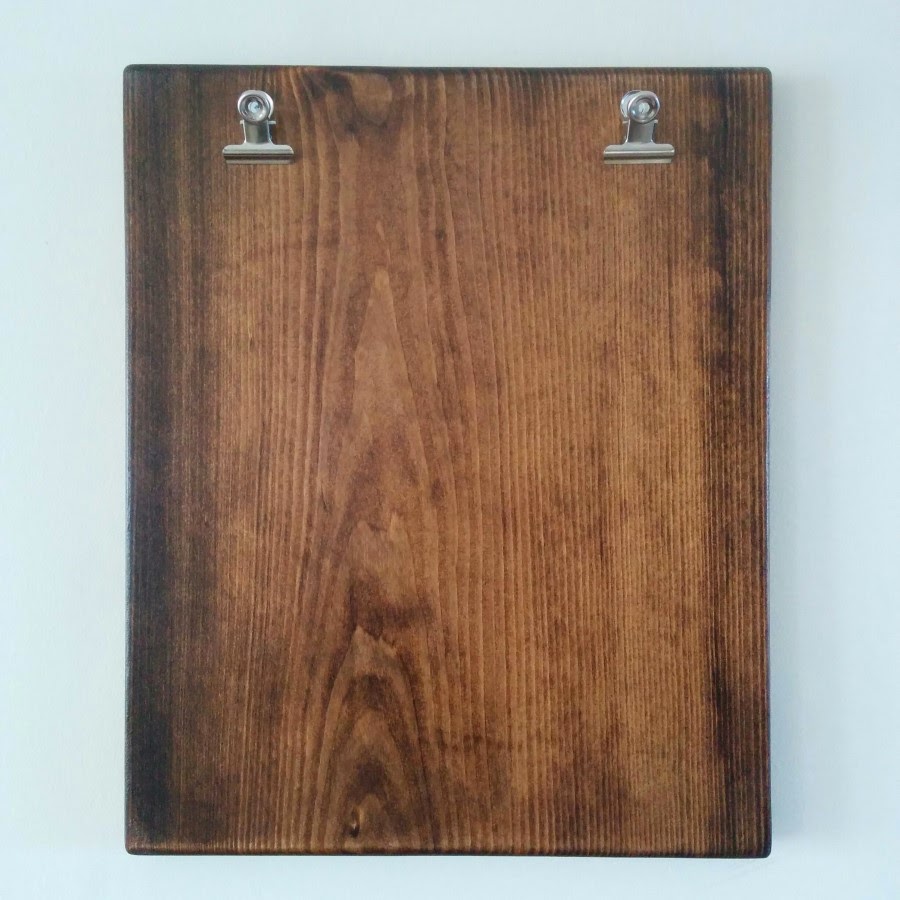 This build was a lot of fun, and deriving inspiration from one idea and making changes to make that idea your own is part of what makes 'making' a fun process. Stay tuned for more posts and more projects!