In the spirit of making, it's not always about creating something new, but instead a lot of making is also improving things that already exist.

The bathroom at my parents place is the source of improvement with this project. Years ago my mother had purchased the "Shelf Master" (some 'as seen on TV' crap) - made of cheap plastic, that had a sliding lock that caused little blades/pins to poke out and lock the shelf in place. 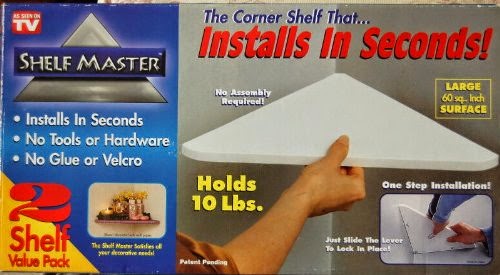 The problem is this shelf is not very deep. It's also not very sturdy. The 'pins' barely held it to the wall, and you couldn't put much on it, without it tipping over. Also, most homes are not perfectly square. So the drywall is not a perfect 90 degree angle, causing the shelf to also not grab properly.

My idea was simple. Just got some scrap wood, draw out a triangle, make it a bit bigger than the plastic one (to hold more stuff) - and also make it secure.

Construction and assembly was simple. I squared up some scrap board, drew a 45 degree line using a speed square, and cut the angle with a circular saw. I did a test fit, and trimmed the shelf a bit to match the contour of the wall. (The drywall wasn't a perfect 90 degrees, after all) 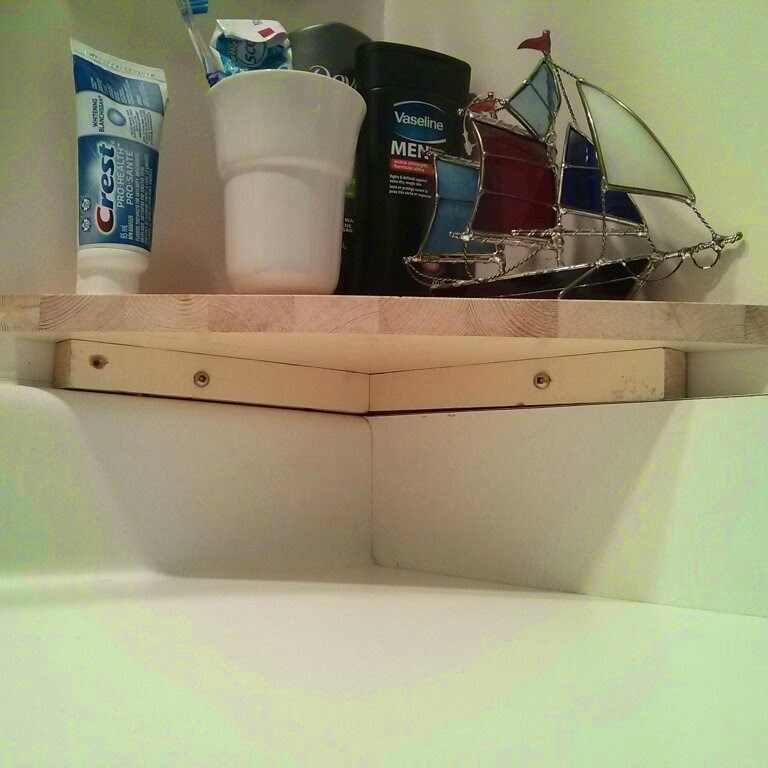 Making is not without it's occasional mistakes. When I was trimming the shelf to make it fit the contours of the wall, I was using a block plane. Well, planes and end-grain don't mix, and I ended up breaking a piece off. Oh well. It didn't affect the shelf, just looked a bit bad.

I could have finished it with urethane or some sort of sealant... but I prefer the raw wood look. And it's not likely to get wet. Plus it was a quick hack made from scrap wood, so if it gets ruined, such is life.

If I had to do it all again, I'd take more time with it, make it look nicer, and be more precise about things. But for a quickie project, I'm okay with how it turned out. 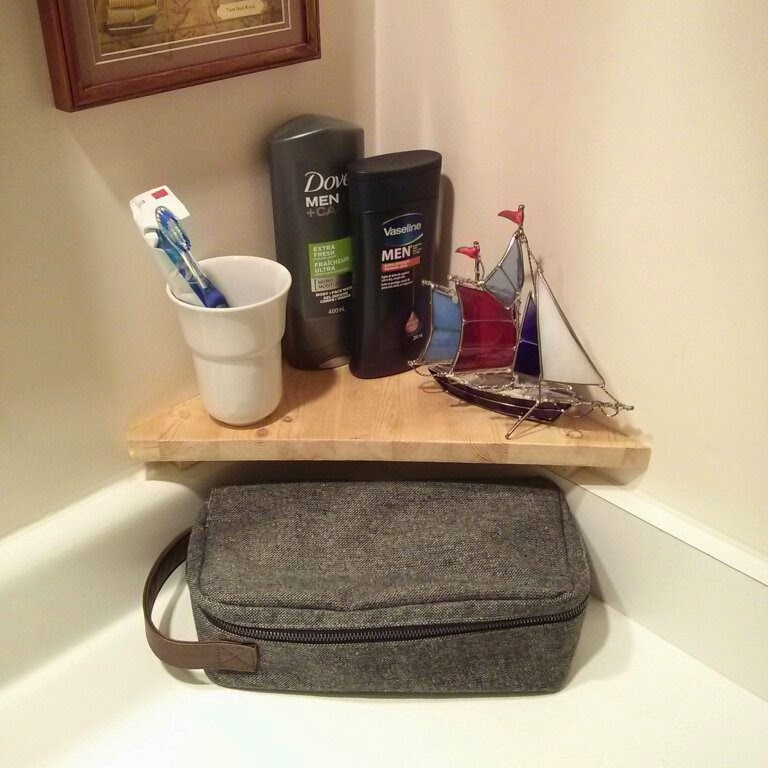