This particular project isn't really a "project" per se, and technically I didn't "make" anything for this either. But that isn't the point. It isn't always about creating something, more often than not, it's about improving things you already have.

In this case, the medicine cabinet in my parents bathroom needed some improving. Well, it didn't need it but I felt it could do with an improvement.

The latches on the cabinet doors were from the 1970's. (As seen below on the right) They worked okay. Problem is, the spring steel catches didn't grip well, and some were even broken off. And then there was the catch pins. They were worn flat in places. So overall they were pretty much worn out. 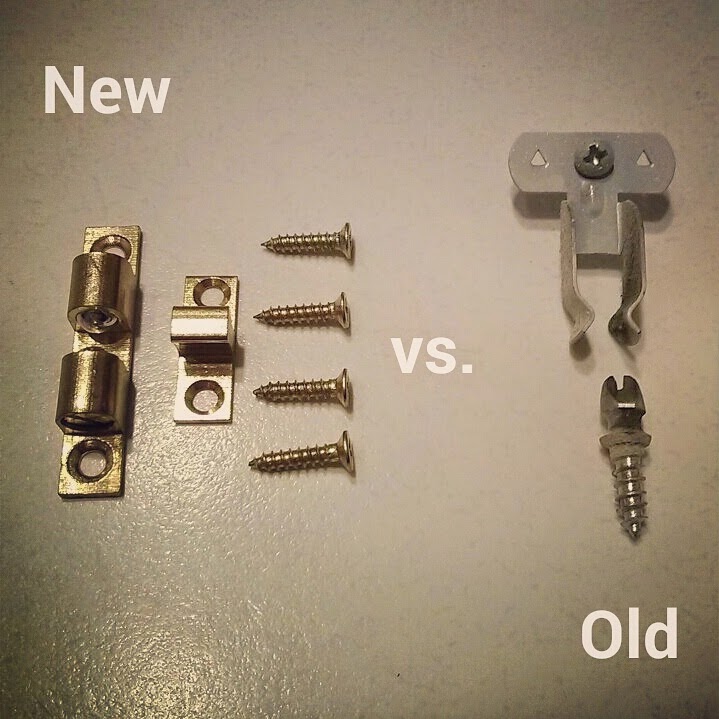 I picked up some replacement catches. I wanted them to look nice, but also provide a positive engagement, and hold the doors securely. A quick trip to my local improvement store, and I spotted these nice brass ones. The seemed very solid. They engaged well. And they looked good. Sold!

I started by removing the old catches. That was a bit tricky since the screws that held it all in were painted over many times, and whoever installed them in the first place stripped most of the screw heads.

Measure, measure, measure... I measured where the new catches would mount to the frame, and secured them in. Here's where I discovered that brass screws are basically the worst screws to exist. Made even worse are phillips brass screws. Okay, okay... I don't really hate brass screws, it's just that if you're not careful, the heads will strip. Which is what I did to a few of them when installing. 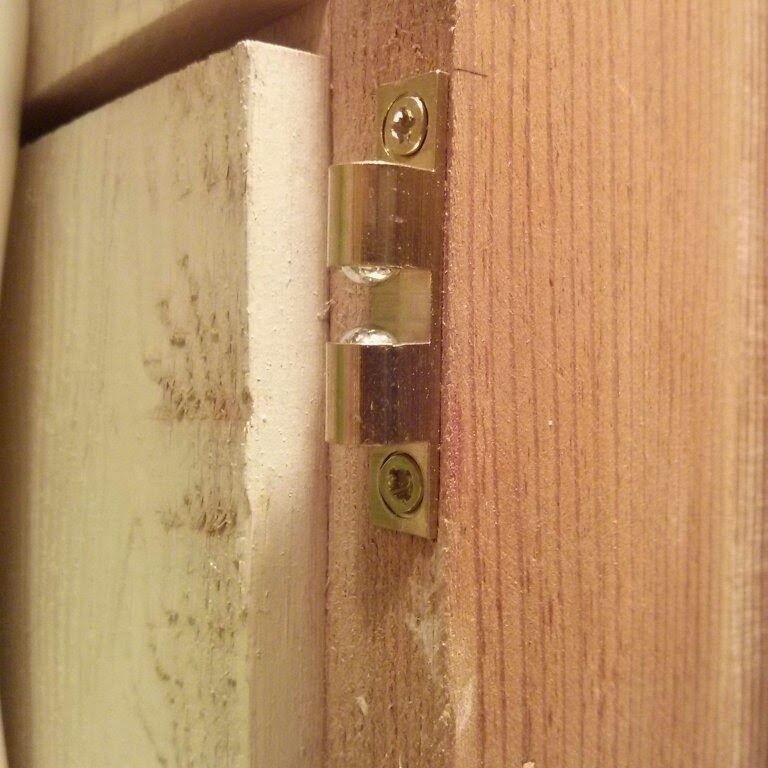 Next up was mounting the receiving catches on the doors. Measure and measure, and measure some more. These were a bit tricky since I couldn't seem to wrap my head around how to properly measure the correct position for them.

But then I remembered an old trick. I put the catches in the latches, and coated the backsides with something that would transfer to the door when I closed it all up. I dug through the drawers and found lipstick. Haha, yep, that'll do. And it worked. And I was able to line up the catches and screw them on. 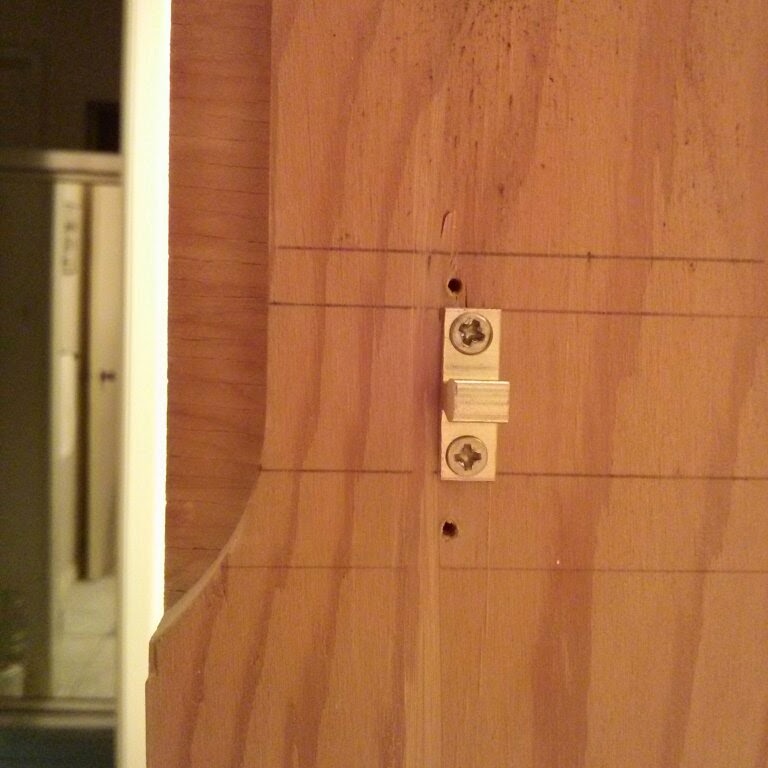 Now for the catches, I opted to use a screwdriver and put them in by hand, instead of using a power drill. And that prevented the heads from stripping. Sweet.

So with that, I closed all the doors up, and tested them one last time. They close properly, and better than the old catches. I'm happy, and I'm sure my folks appreciated it too.
Email ThisBlogThis!Share to TwitterShare to FacebookShare to Pinterest
Labels: Misc, Project
Newer Post Older Post Home