My father had originally cobbled together a 'quick and dirty' safety gate for their patio. It took my dad literally minutes to throw something together, and truth be told, the gate worked well for what it was designed for, namely preventing my nephew(s) and dog from tumbling down the patio stairs.

But it was ugly. 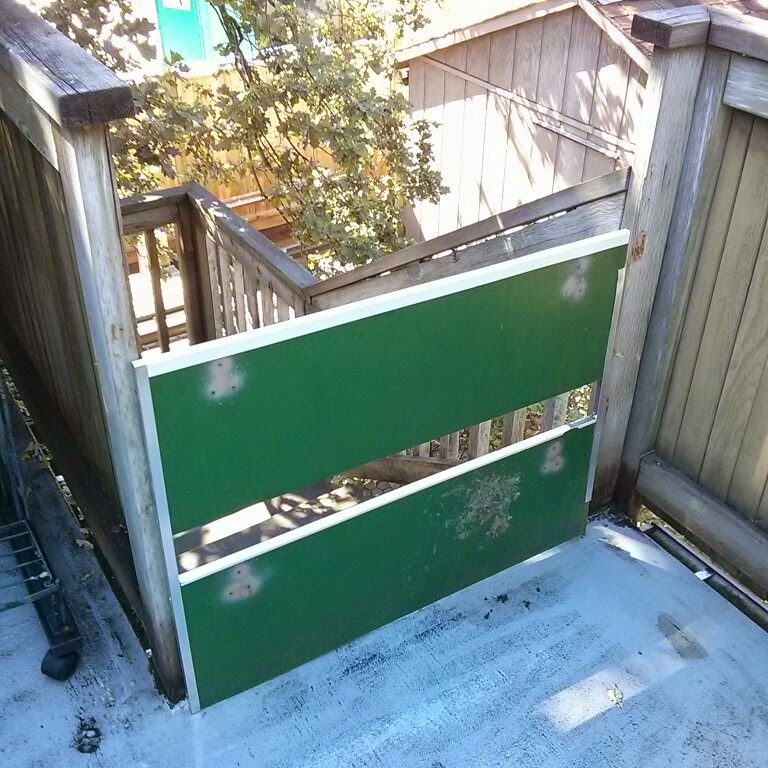 My goal was to make my parents a nicer-looking gate, that was taller (the nephews are getting big!) so the wee ones can't reach over and unlatch the gate, looked nicer, was durable, didn't rust, could be latched open, and had a double lock closure. And most importantly - made on the cheap (without looking cheap).

So I sketched up a few different designs until I settled on a final draft. It gave me a general guideline of how I wanted it to look, how it would be assembled, and roughly the dimensions as well as what wood to pick up. 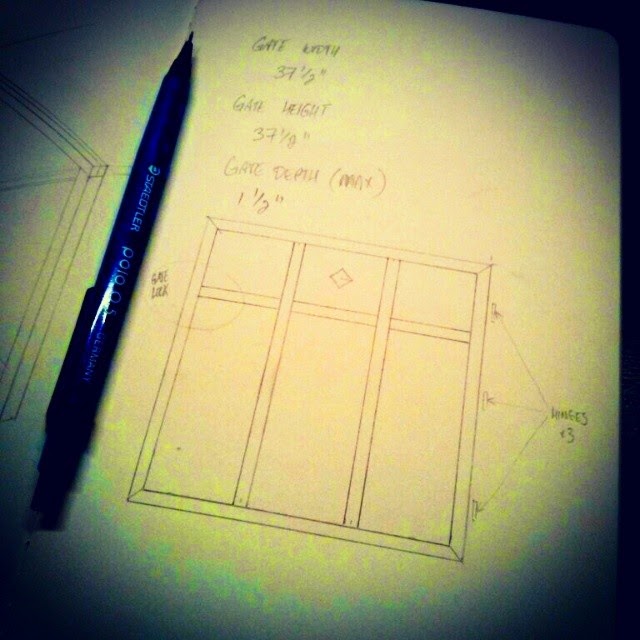 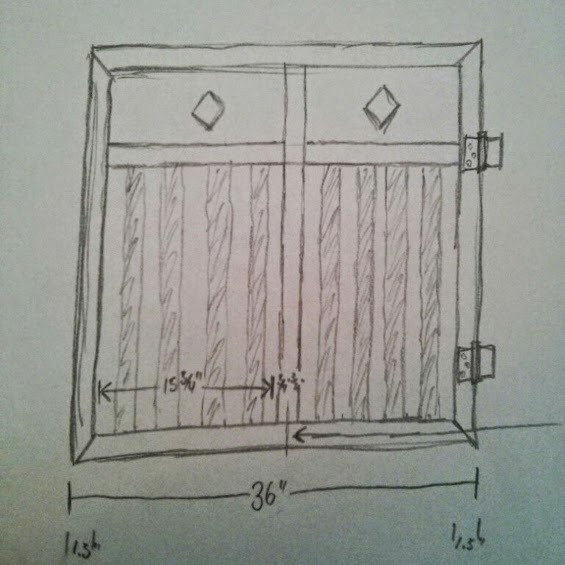 With that, I went down to the local 'renovation store' and grabbed some 2" x 2" x 42" cedar balusters, some spruce panels, a dowel, and some deck screws. The hinges and latch I already had on-hand so I didn't need to pick those up.

I did a mock-up on the floor of roughly how I wanted to orient the pieces, and get a general idea again of scale, how things would look, and to see if I wanted to alter my design at all. This step was important, because in the end I did make some changes to my design (simplification of the design, mostly). 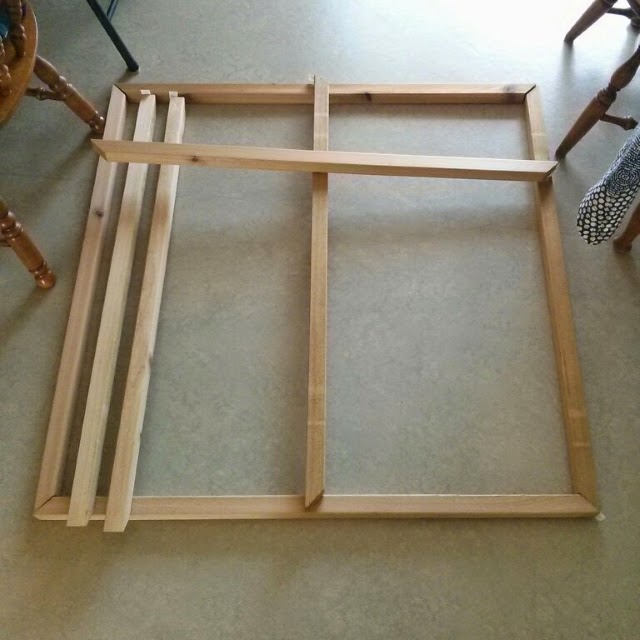 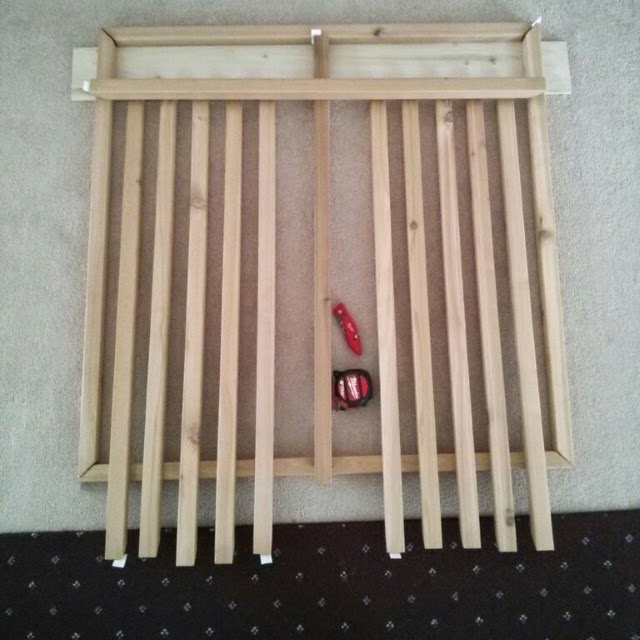 With all that done, the next phases will be the challenging ones - the build!