A while back my girlfriend bought a vintage desk lamp from a local Mid Century Modern store. Upon getting it home we realized it was a bit worse for wear. The base had signs of rust, the power cord was brittle, and the felt under the base was not soft anymore. Luckily the lamp cost very little.

I began by dismantling the base of the lamp, which was simple enough as it was all held together with one nut. Once I got the base apart I could see the extent of the rust. Luckily not that bad. 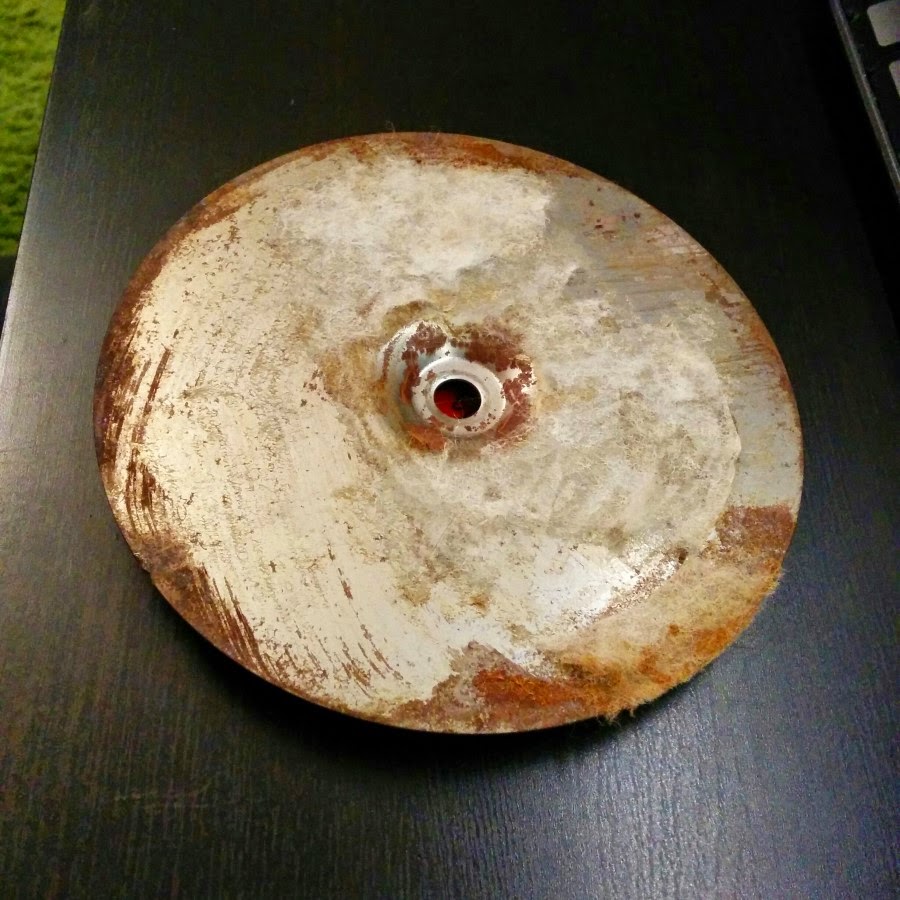 There was a bit of felt padding on the base of the lamp, which I definitely wanted to remove since it was so worn out that it both looked terrible and was caked in rust. I applied some Goof-Off and went to town with a razor blade scraper. 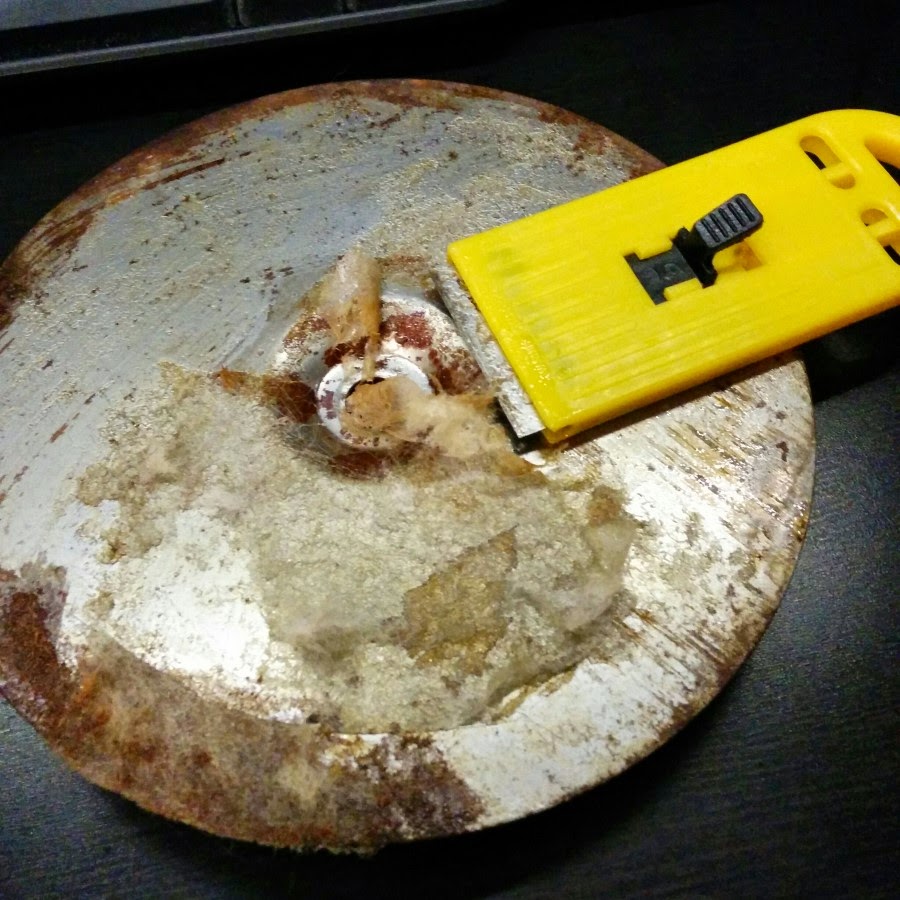 In order to treat the rust I figured picking up some "Rust Converter" would be a good choice. Nope. Bad choice. It barely worked. I was a bit surprised since I had used this stuff in the past to great effect, but oh well. 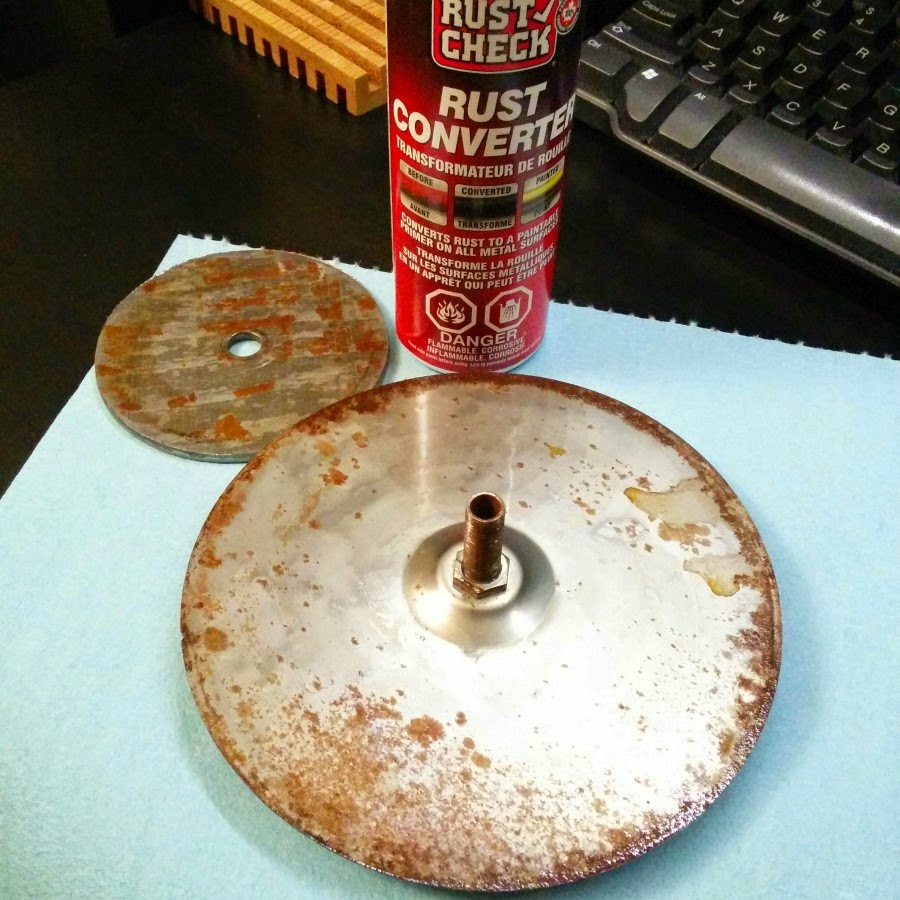 Back to the drawing board I went. I took this as an opportunity to try out my new multi-tool and sanding head. After going through the progressive grits, I was able to get rid of the rust and smooth out the metal quite a bit. 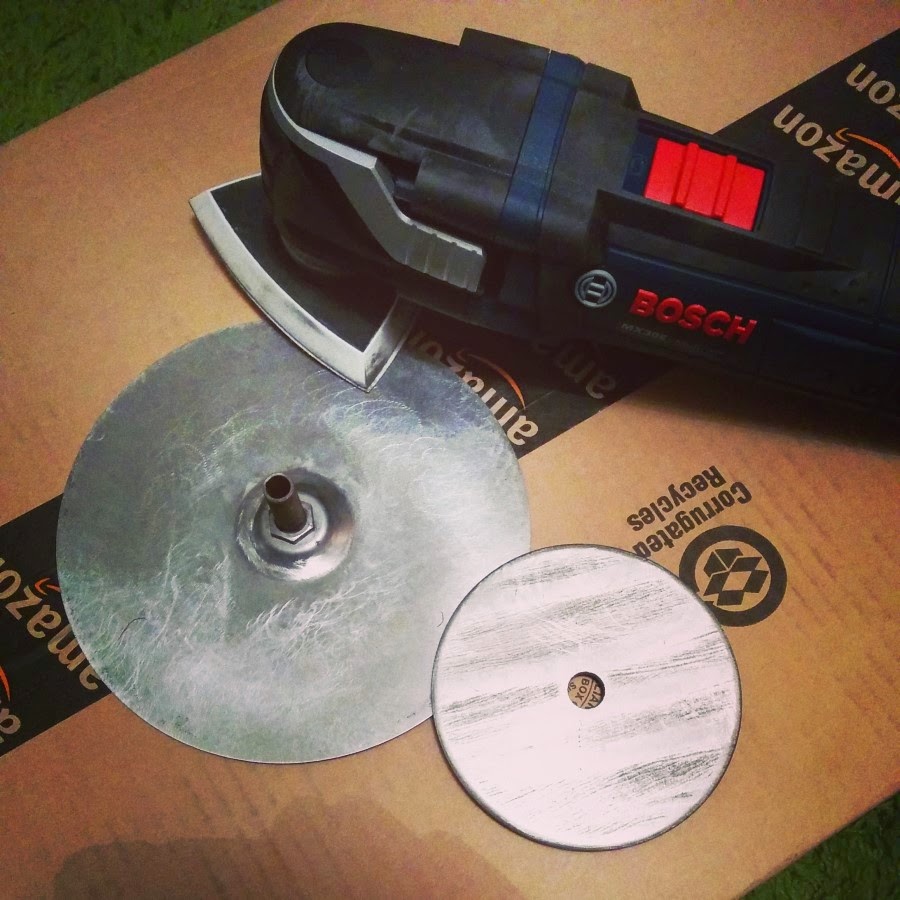 Once everything was sanded and clean, I used some rubbing alcohol on it to get any oils or residues off the metal, since I planned to either paint it or put on a clear-coat. Sure, I had some methyl-hydrate but I was too lazy to go outside to get it out of the shed. 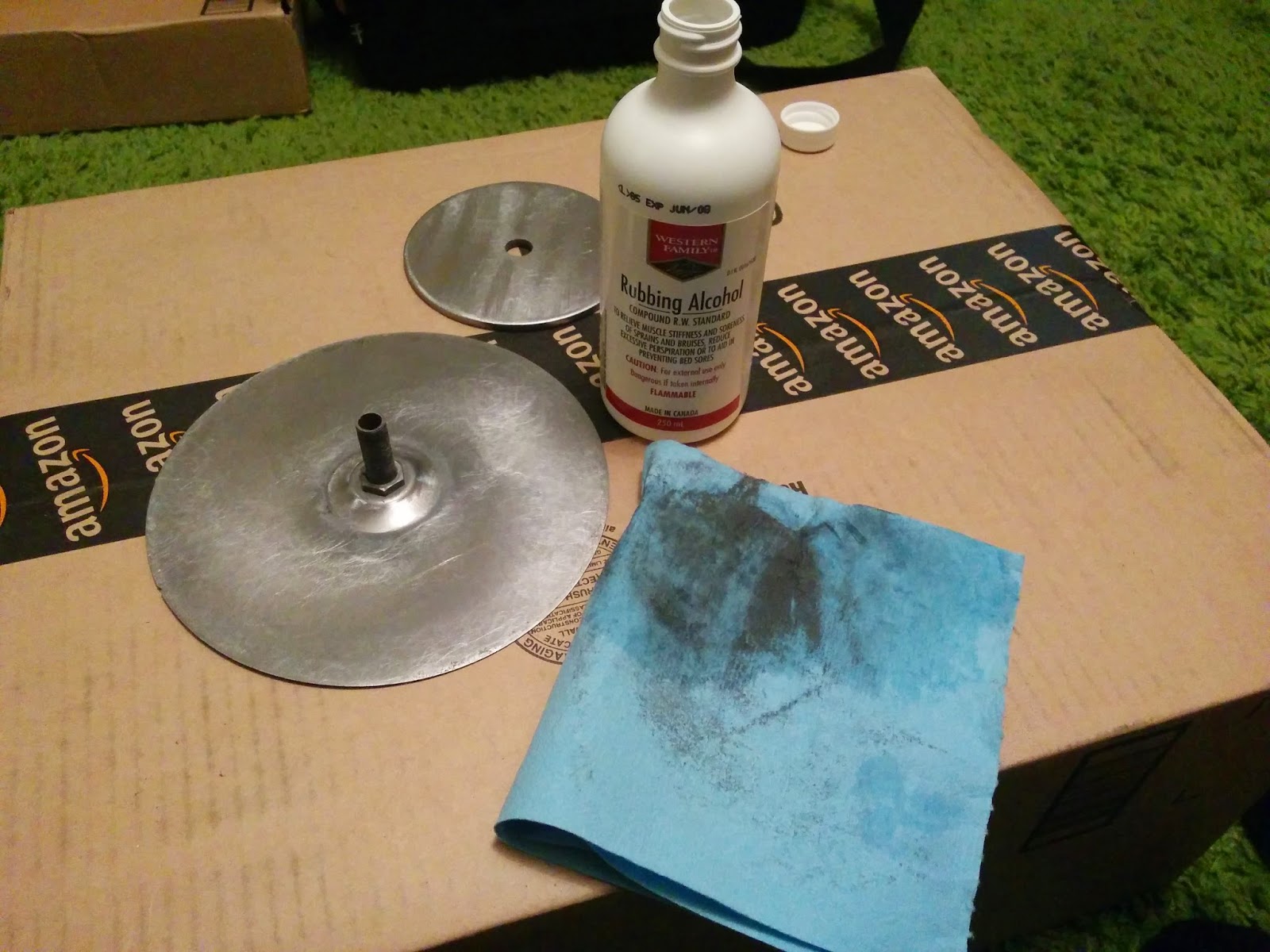 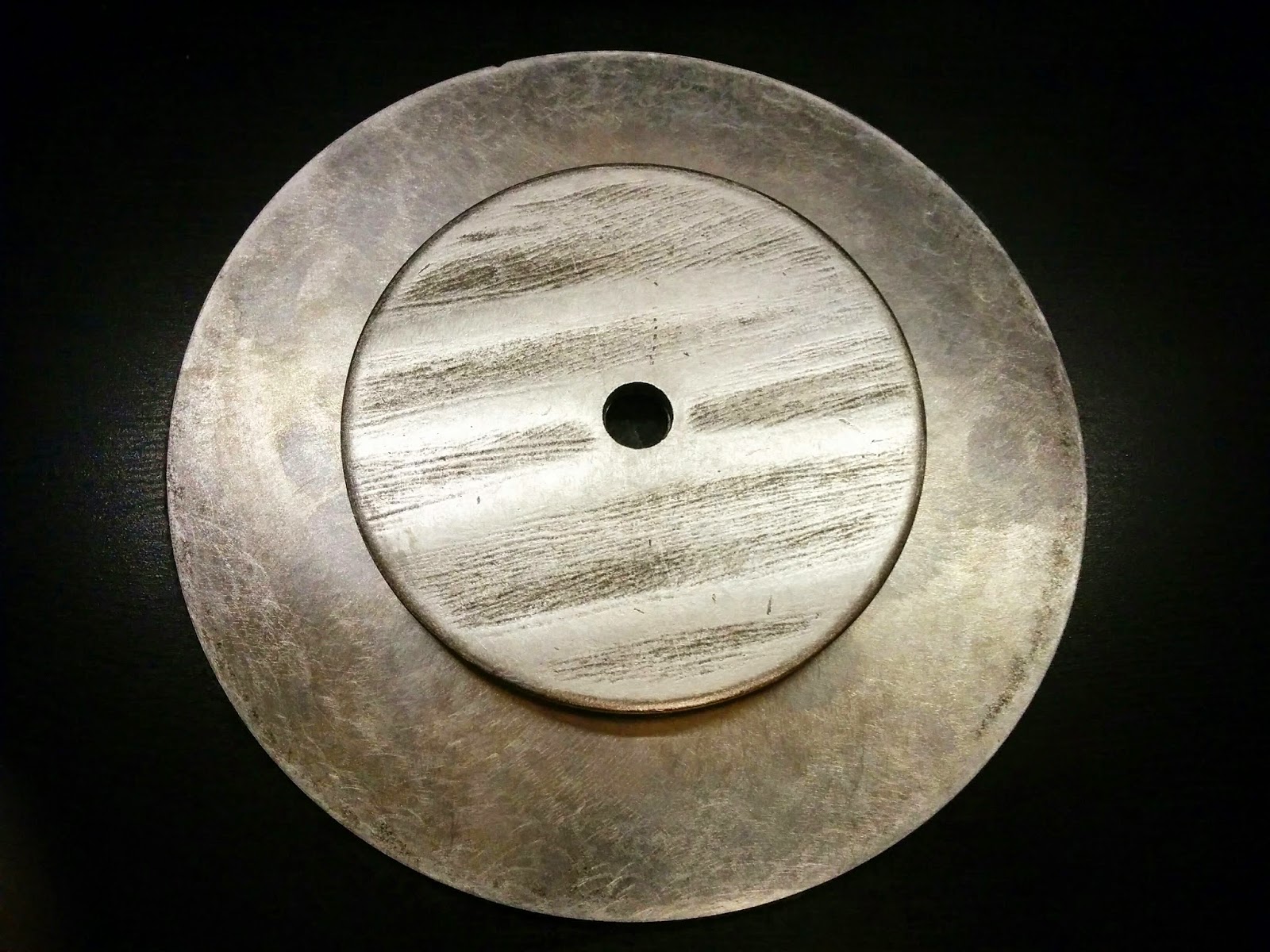 (Above: Squeaky clean and ready for paint)

The threaded barrel that held the whole lamp assembly together was also a bit worse for wear, so I cleaned as much of it as I could with a stiff wire brush. 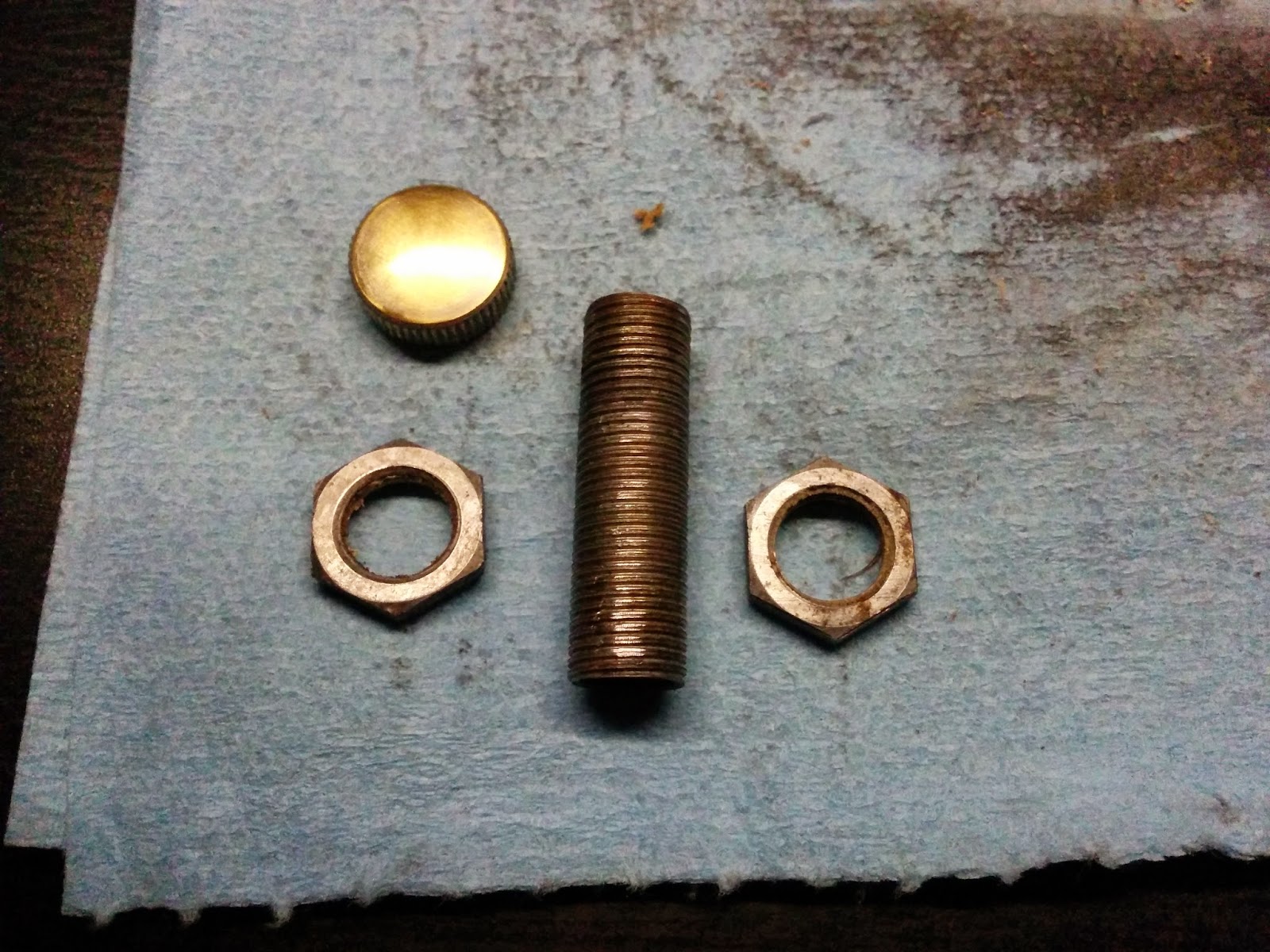 Next order of business was a new felt pad for the base. I started to cut it out, which I actually should have waited to do until later, but no harm done. 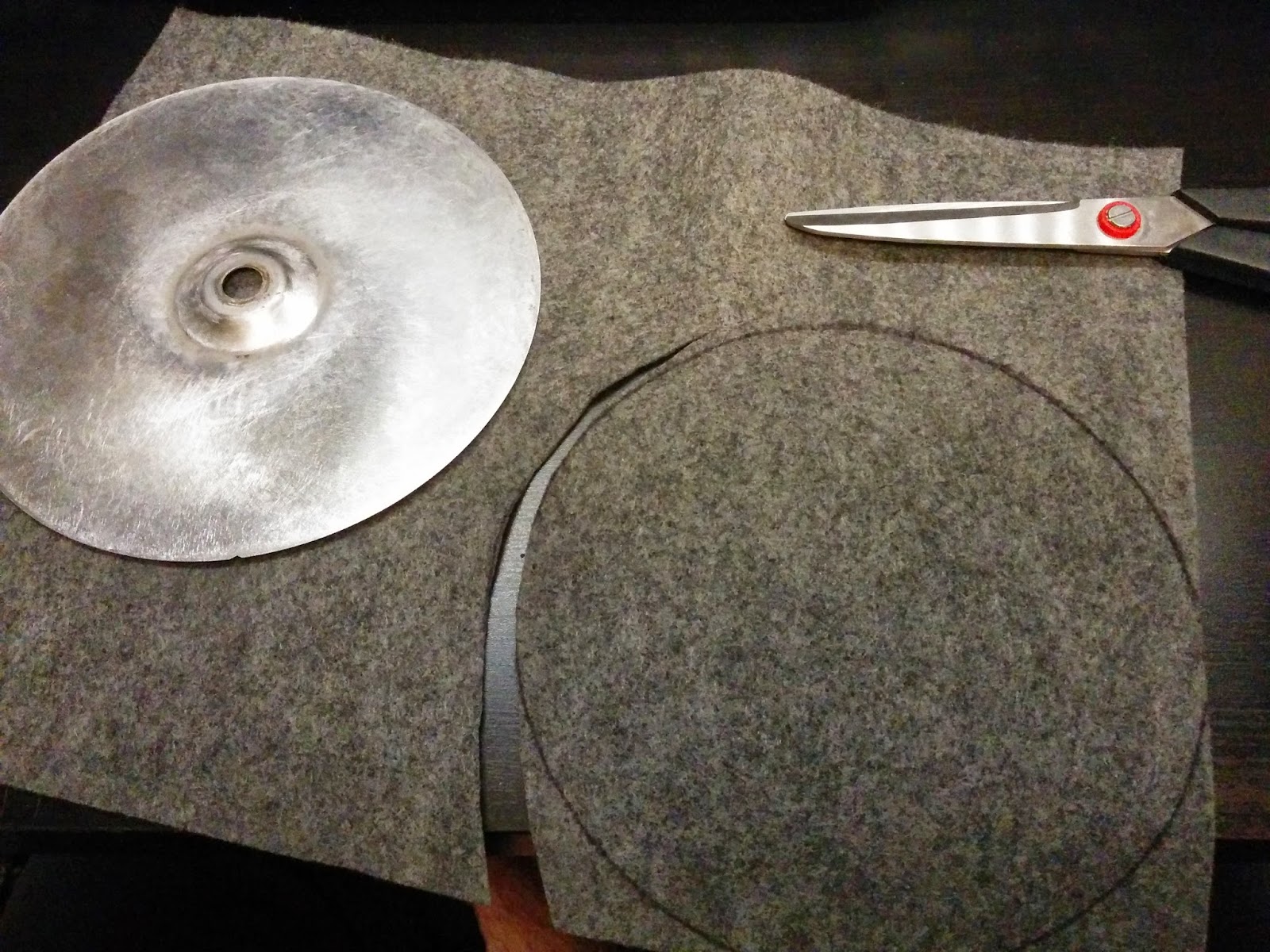 After getting my act together and choosing how I would handle the base - I selected a simple matte clearcoat. I set up a quick painting jig and got to work spraying the parts.

The power cord was beyond hope. It was dry and cracked in some places, so I repurposed a cord from a pendant lamp that I would likely never use. Also the grommet was white, and didn't fit my new cord, so I chose a simple black rubber grommet. 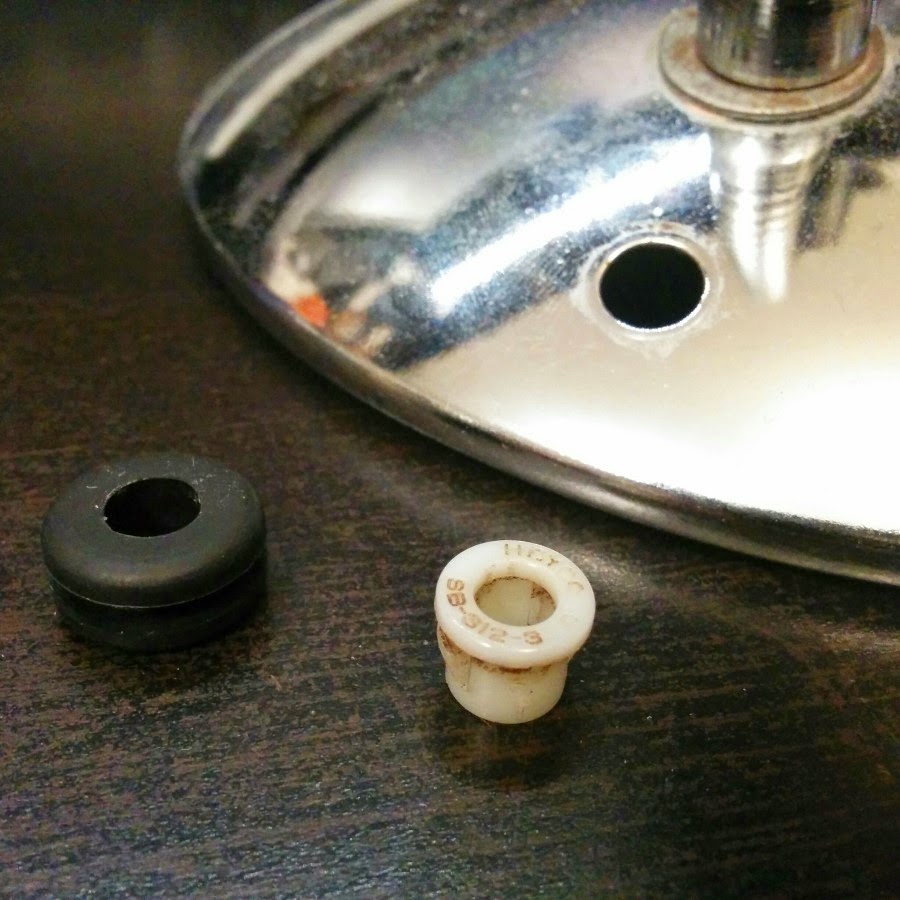 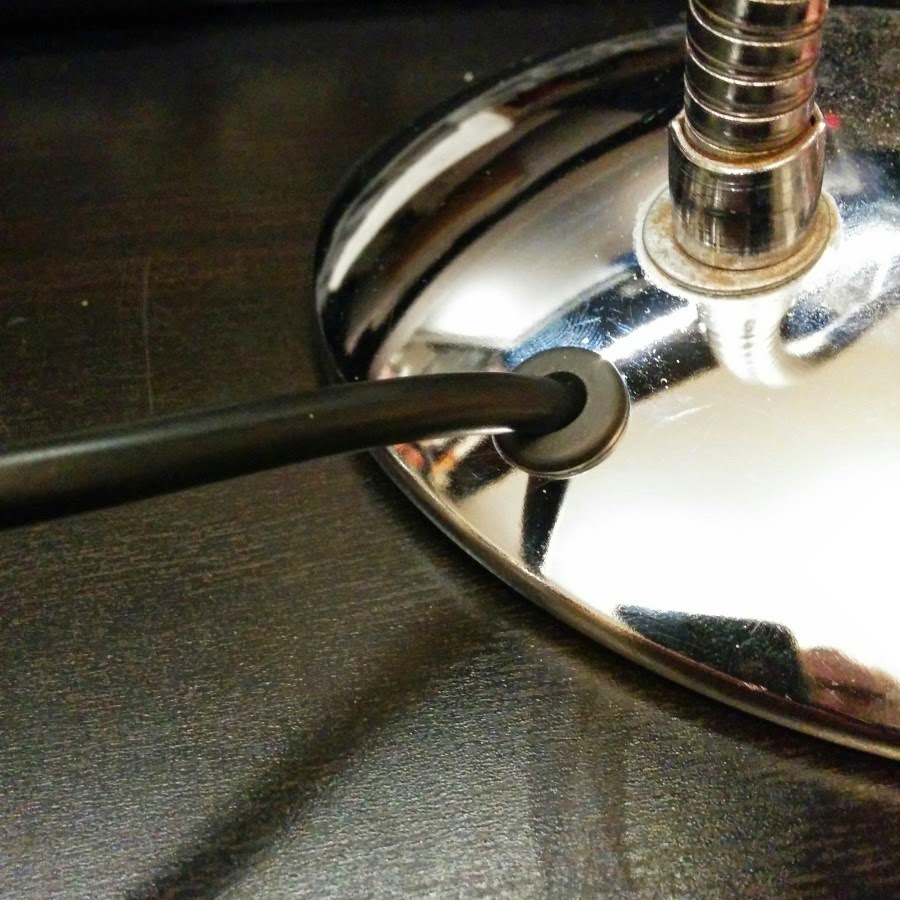 The next step was to attach the felt to the base. I ended up using the un-cut section of felt because once you have spray adhesive on, you don't really want to try to line up parts carefully. The excess felt could be trimmed off afterwards. 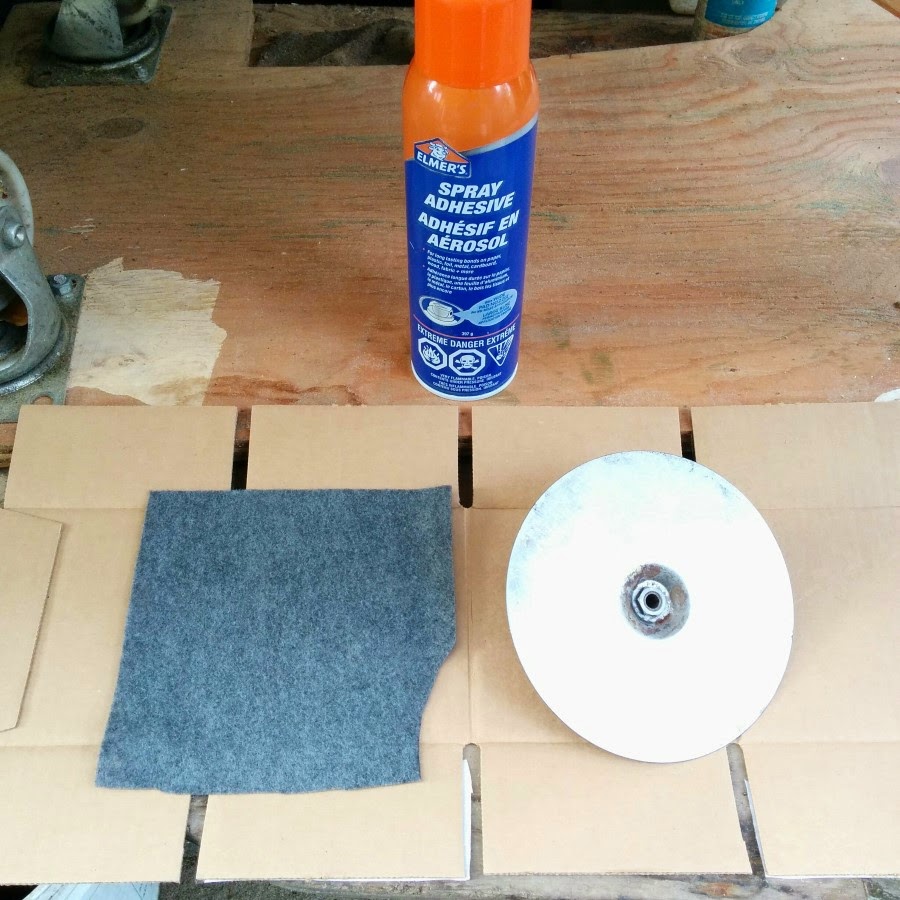 (Above: Spray adhesive is almost always a messy job) 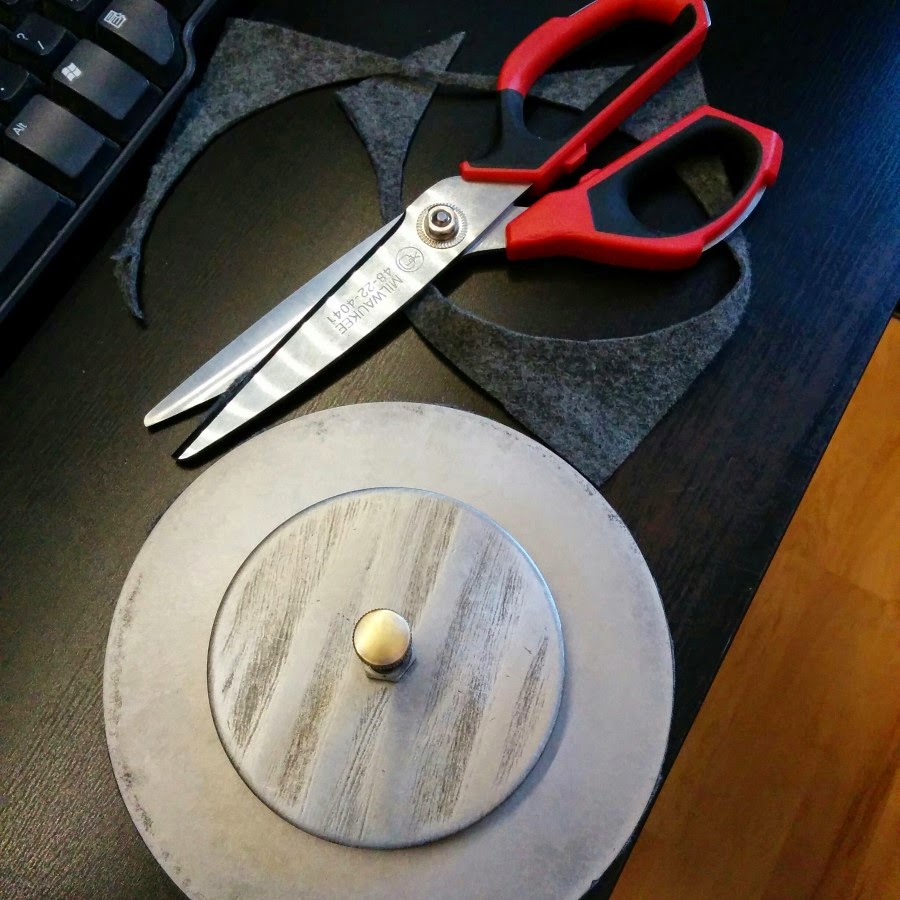 (Above: A quick trim and the felt is custom-fit to the base)

For the last bit of work, I had to wire in the new cord. For cord length, I went with 6 feet "out of the grommet" since I find a lot of lamps and most corded things don't ever give you enough cord to work with.

Wiring is not my specialty. To be quite frank it terrifies me. Sure, it's unplugged - but if you wire it incorrectly you could kill yourself when using the lamp or changing the bulb. So I spoke with a friend for advice and he told me how to wire it correctly (well, he confirmed what I already figured) so I set to work. 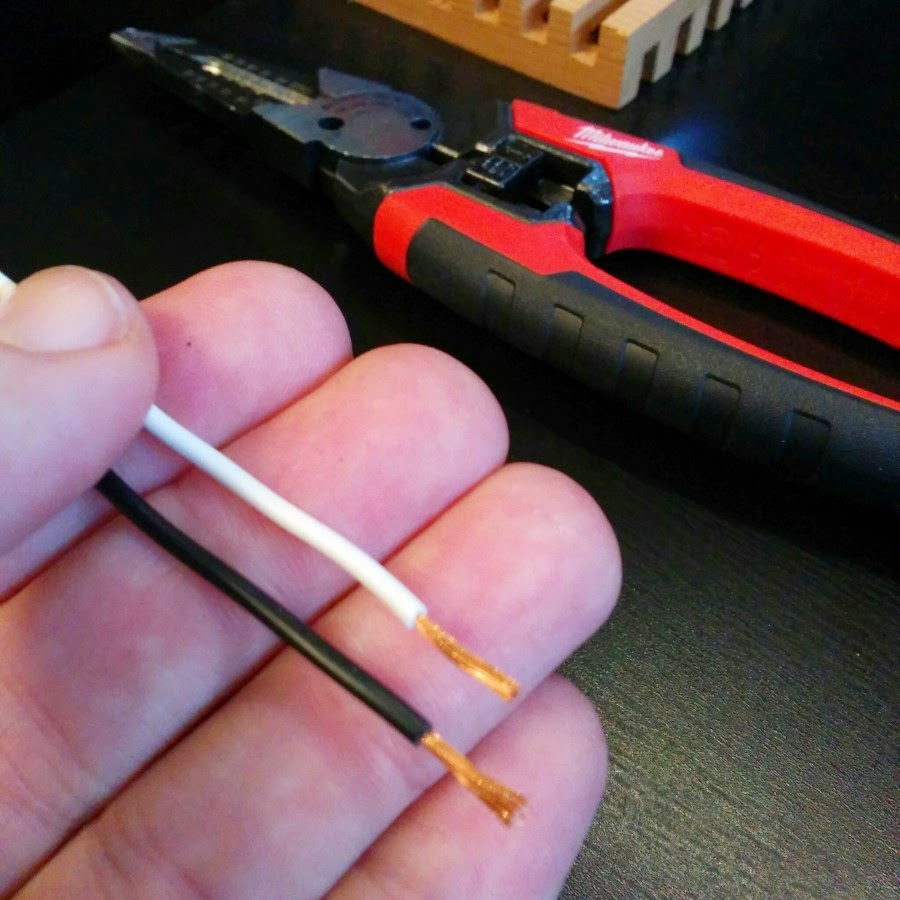 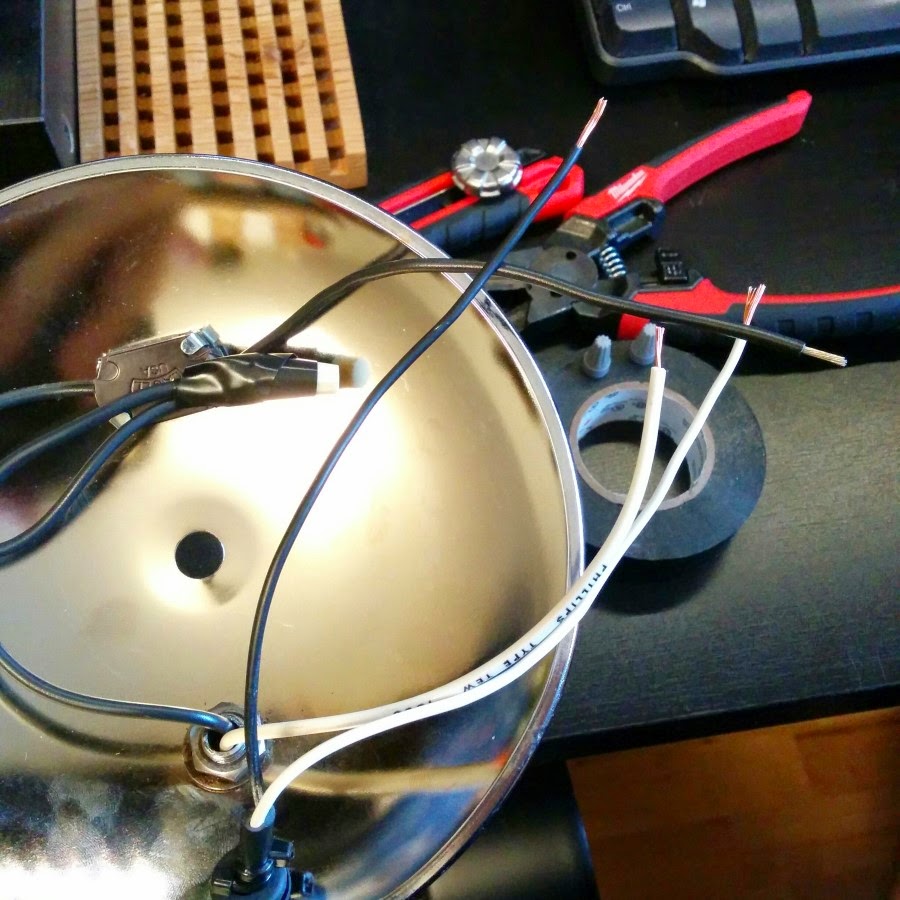 (Above: All the wires are stripped and ready to be connected) 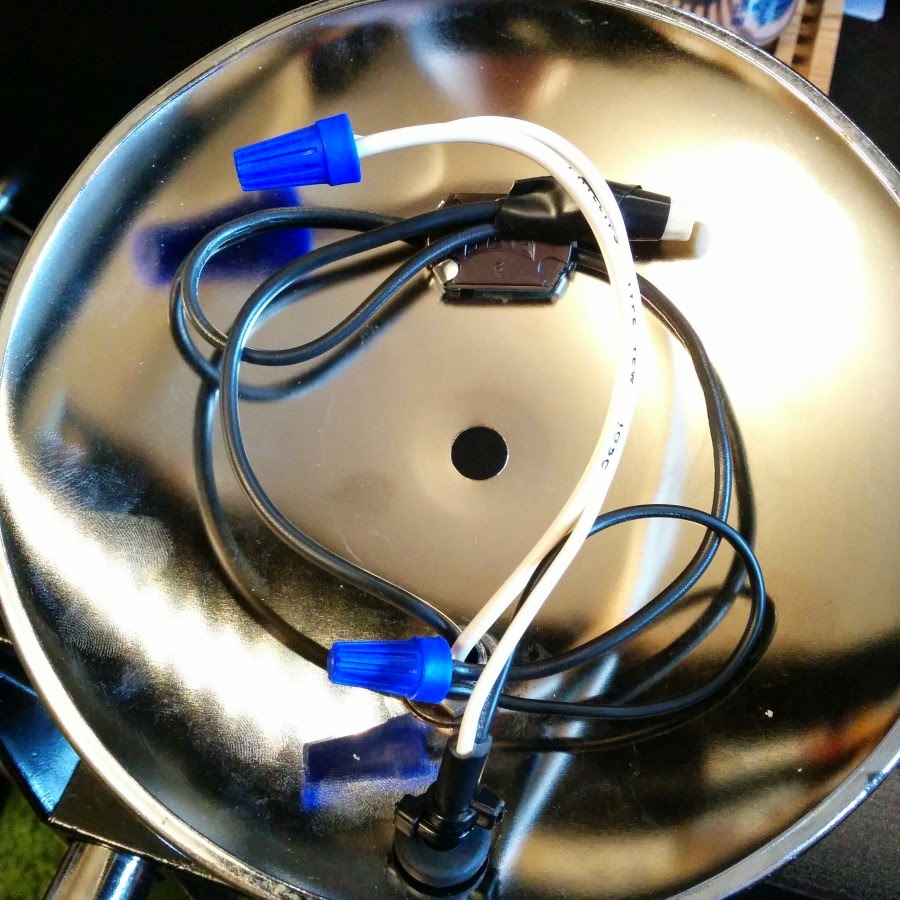 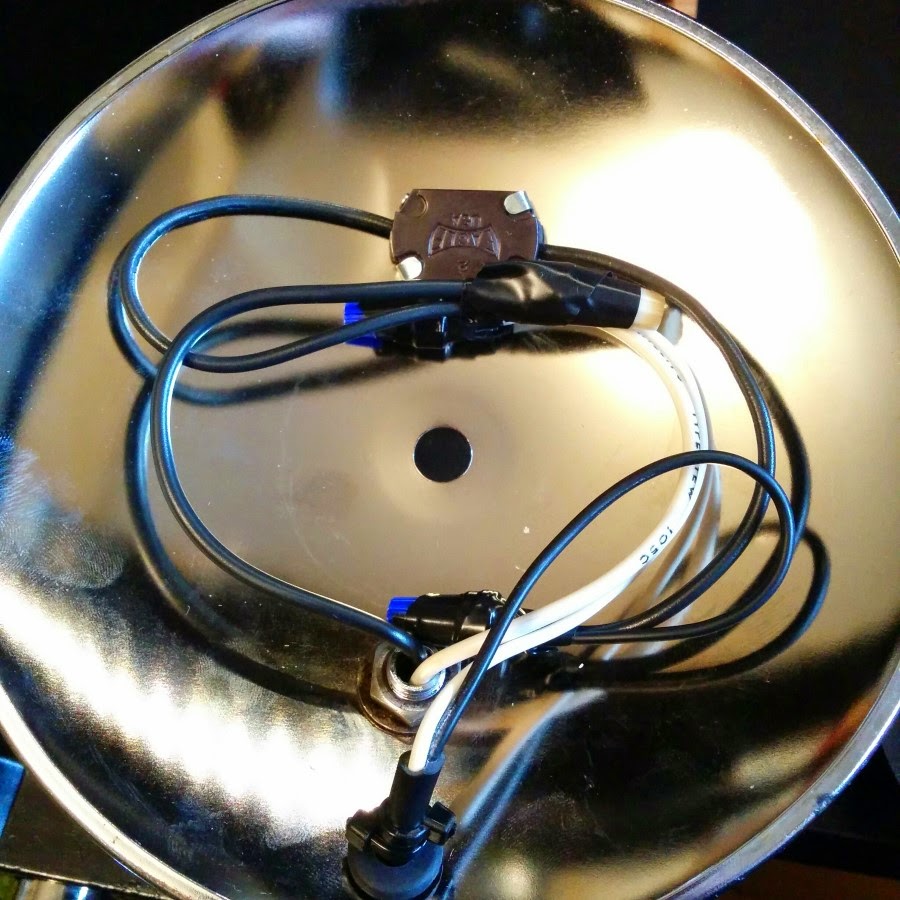 The last thing to do was to test the lamp, make sure I wired it right and didn't get a shock... and then to give the whole thing a polish and buff. 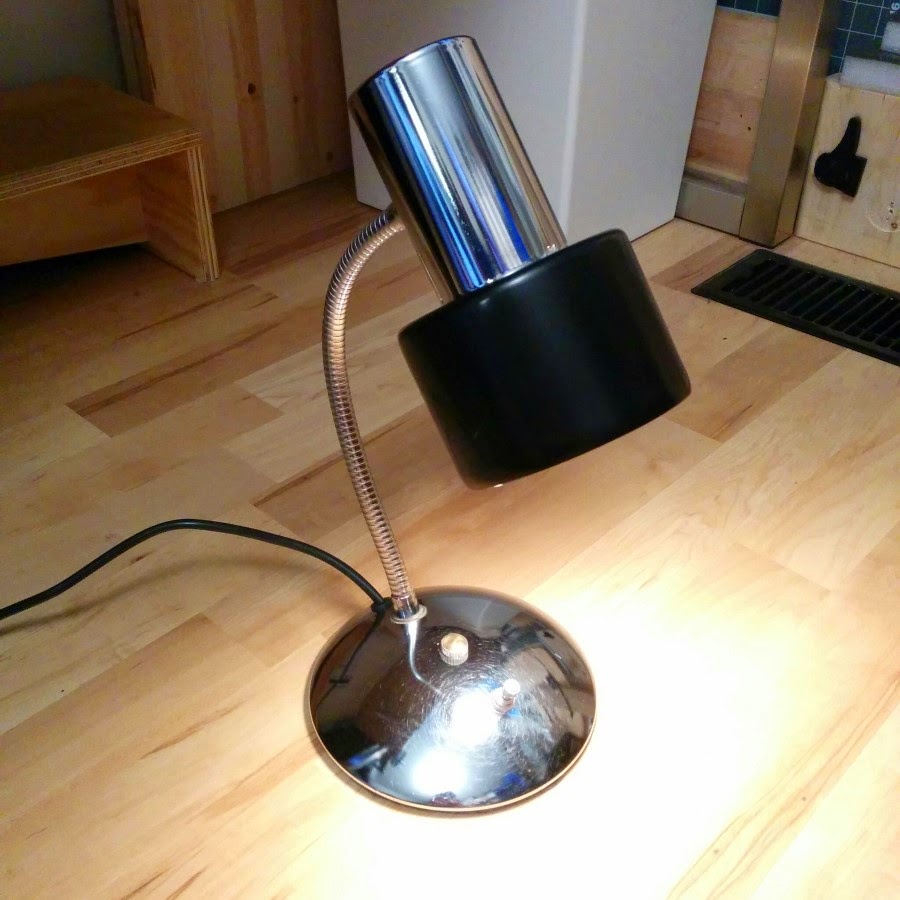 This restoration was very simple and basic, but still a lot of fun and taught me some more do's and don'ts for the future.