My sister had sent me a link asking if I was able to make this "photo clipboard" that she found on a DIY blog. Her intention would be to use it to display her sons artwork around her house.

After thinking about it and how I would make it, I set out and tried to source materials. The toughest thing to find out of the project was the bulldog clips. Most of the hobby stores or places where you would assume you could find them around town did not sell them. But I managed to find some eventually.

The backer board was easy enough. I was planning to use some reclaimed wood (or up-cycled, since that's also technically what it would be) but in this case I found a nice pine board at a local big box store, and it wasn't too expensive. The figure was really nice, and there were no knots, which is why I went with it.

The construction is straightforward. I was cutting up a 2 x 12 for another project, and since I had my tools out I cut up the pine 1 x 12 as well. I cut it into 14"-ish long pieces, which left me a tiny bit extra for scrap/maybe some other project. 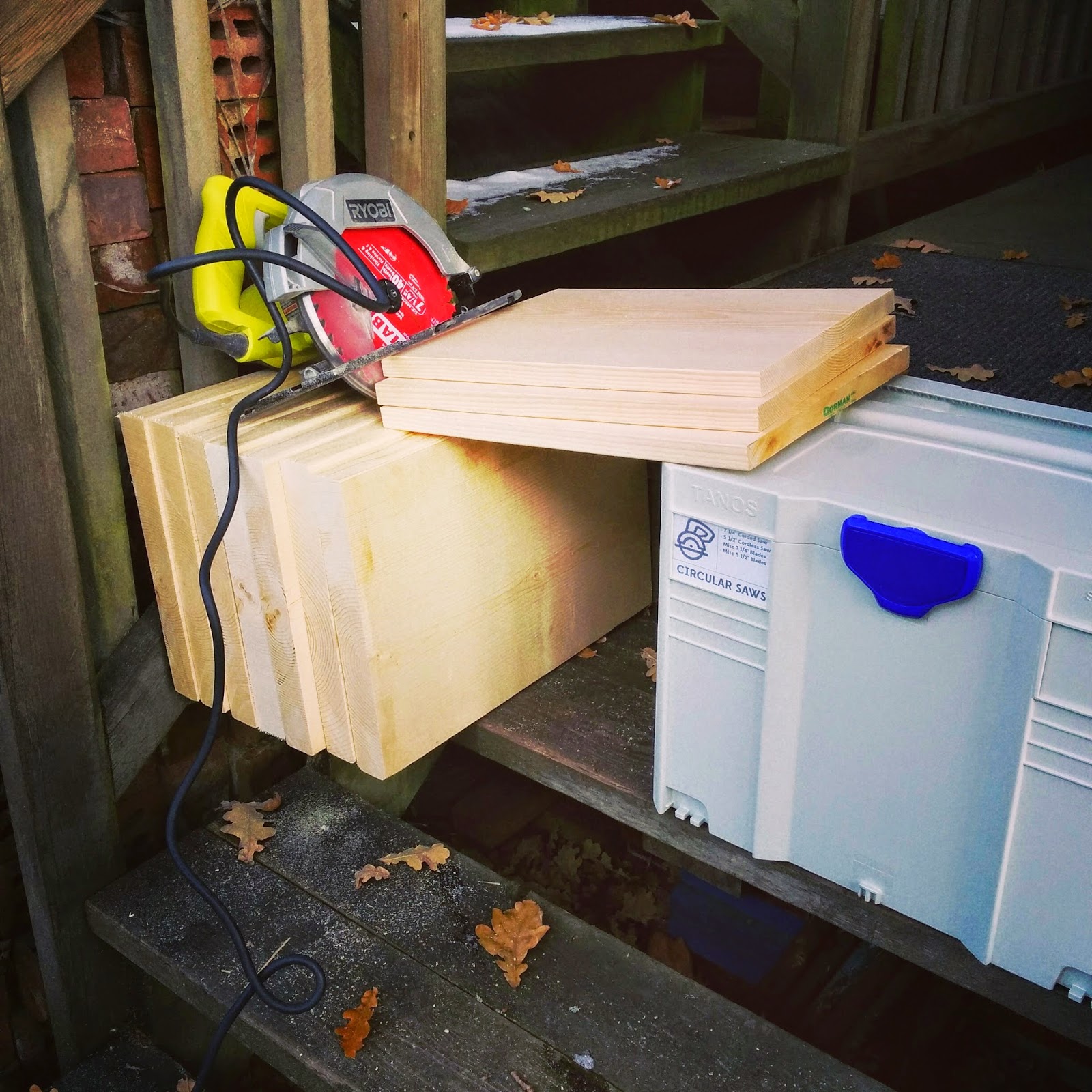 After I cut the board down, I put a piece of standard letter paper back onto the board, centered it, and clipped the bulldog clips to the paper - this helped me align where the clips would mount. I marked the location of the clips with an awl, and drilled some small pilot holes. 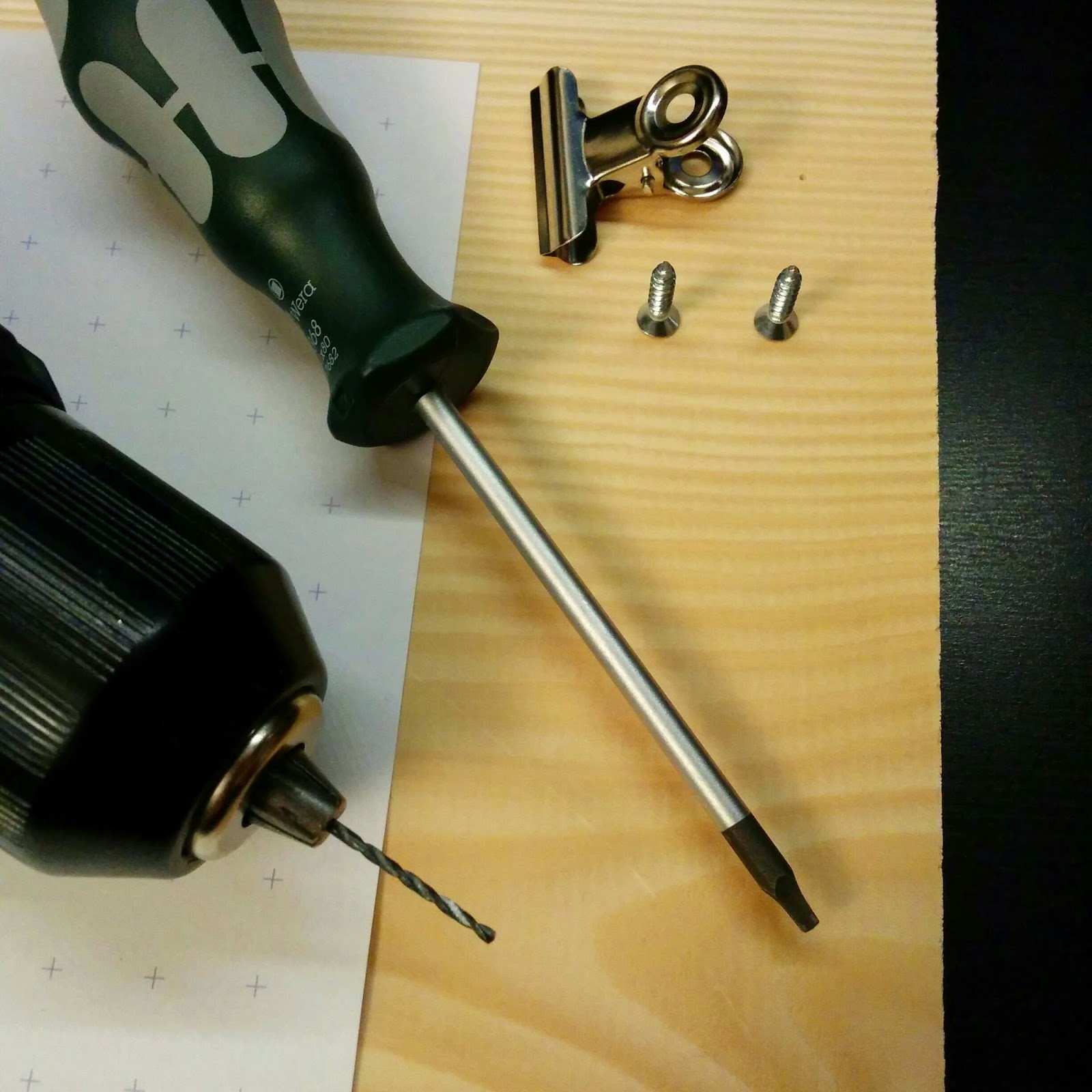 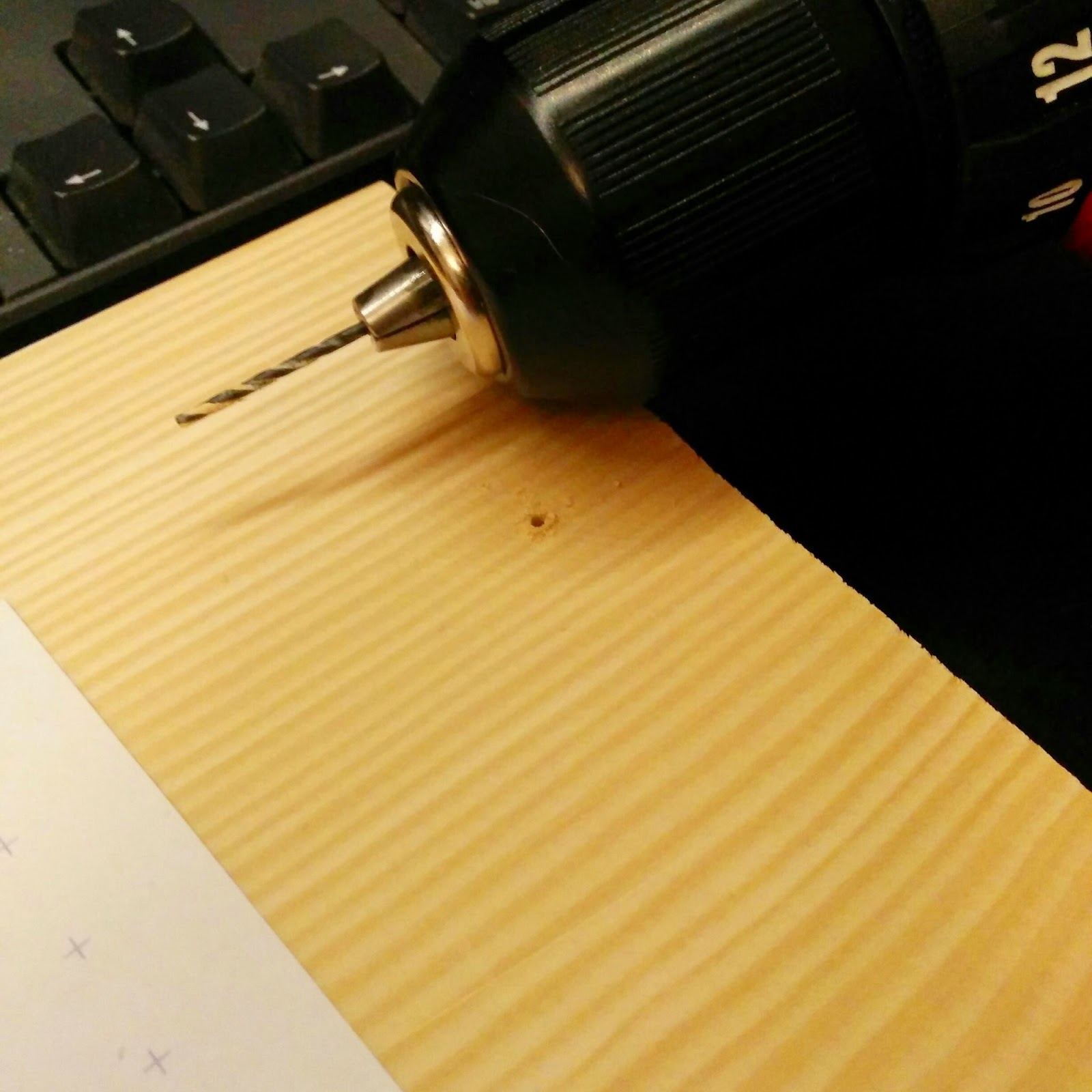 (Above: Pilot holes help prevent splitting, even in soft wood)

There was a good reason for using that size of screw - so my screwdriver could fit through the holes in the bulldog clip to drive the screw. If I had gone for another size screw, I would have had a heck of a time getting a good purchase on the head of the screw to drive it. I could have used nails, but I tend to avoid them. 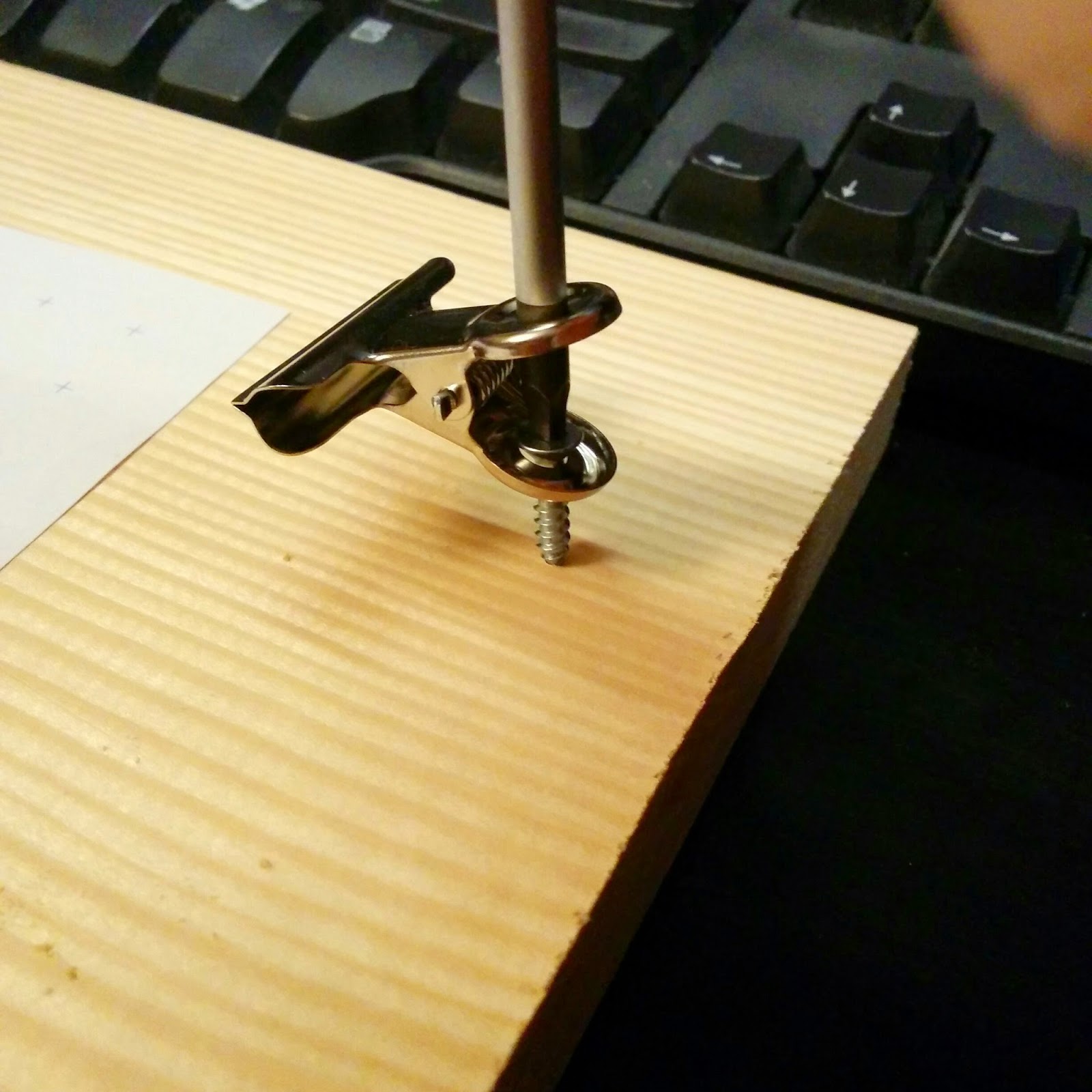 Once I had the bulldog clips mounted, I could slip in a piece of paper to get a good idea of how it would look. The paper centers nicely, and the clips sit fairly flush to the wood. I might consider cutting off one side of the bulldog clip - to make it more of a true 'clipboard style' - but I'm not certain I'll do that yet. 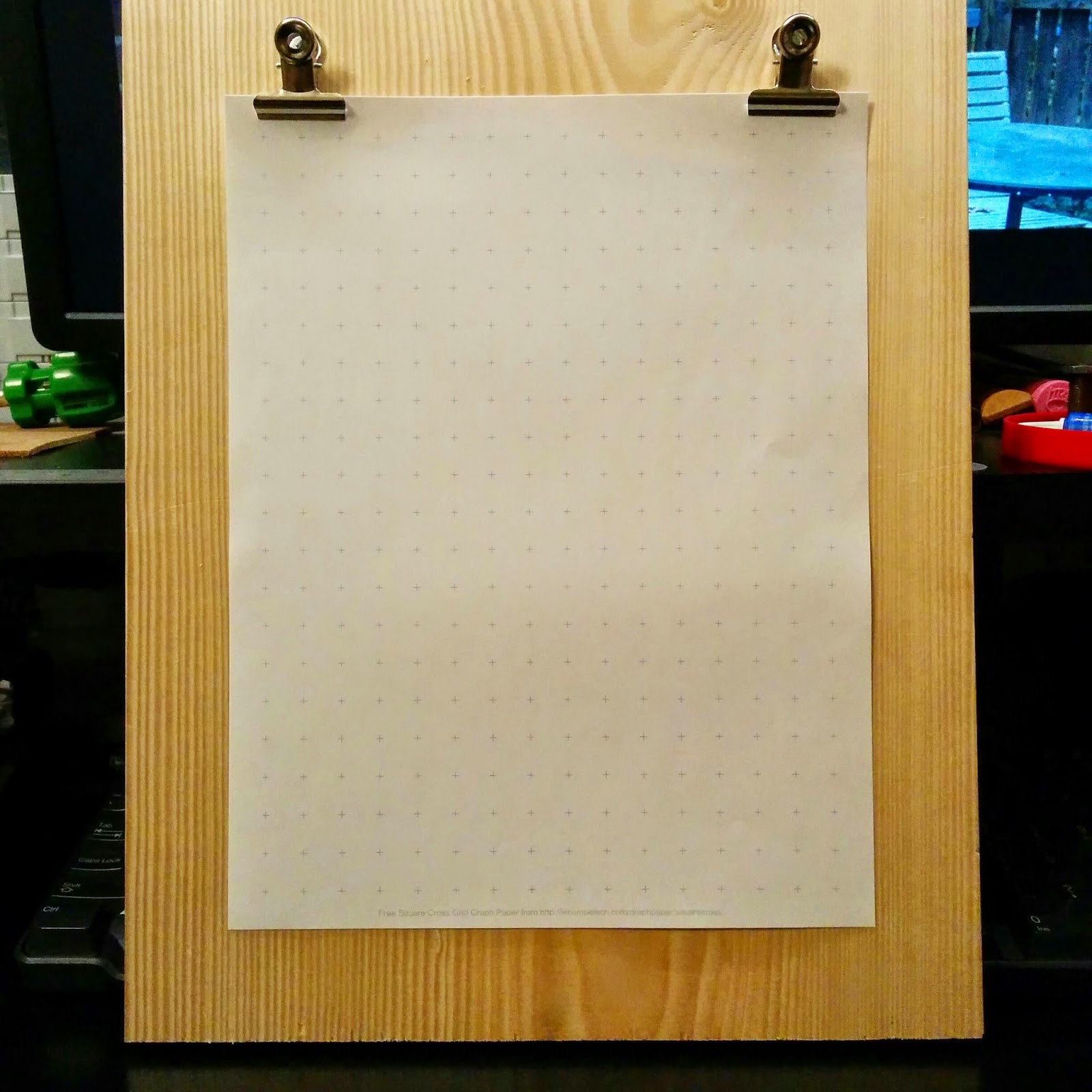 Since everything fit fairly well, it was time to focus my attention on the wood again. My sister likes the whole 'rustic' thing, so I figure I'll give that a go. I wanted to treat the edges with a 1/4" roundover bit in my router, but that would be too clean and uniform.

But that's all for now, I'll finish it off in the next article!