I've been really enjoying woodworking more and more lately, and in an effort to learn more skills, and practice things I already knew - I am tackling a desktop project.

A friend of mine donated a lot of old barnwood to me, and I wanted to make something with it.  A lot of the boards had twists or were cupped, so I selected the straightest pieces I could find.

But for the base of the desk (sometimes referred to as a carcass), I used a 20" x 48" x 1/2" laminated pine project board from Home Depot. They're cheap, flat, straight, and square. Also they're fairly rough, so gluing to this 'base' will be easy. 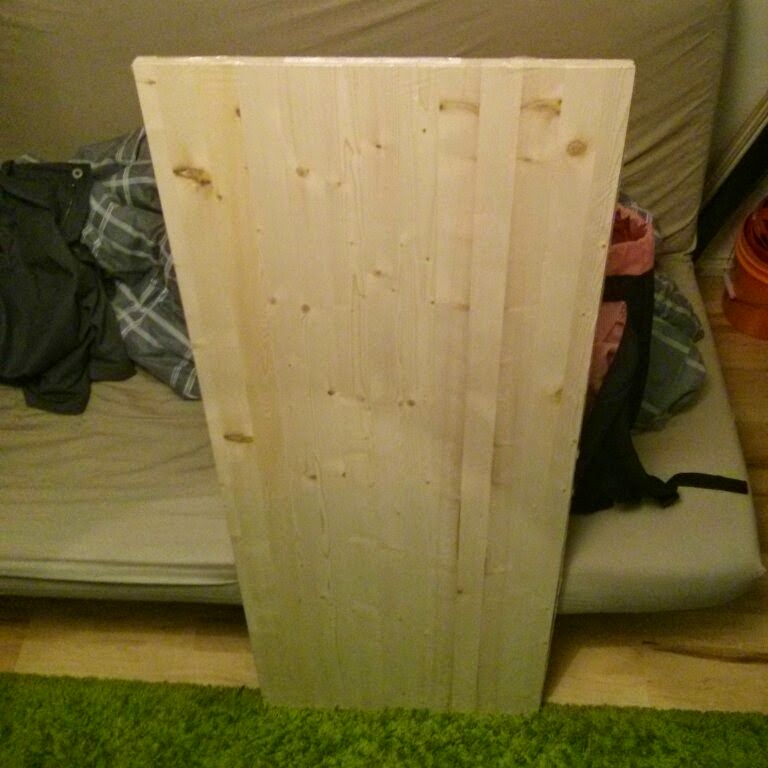 After selecting a few of the straighter boards, I laid them out on top of the carcass, to get a feel of how it would look. Also, it gave me a good idea of how much wood would be required for the project. 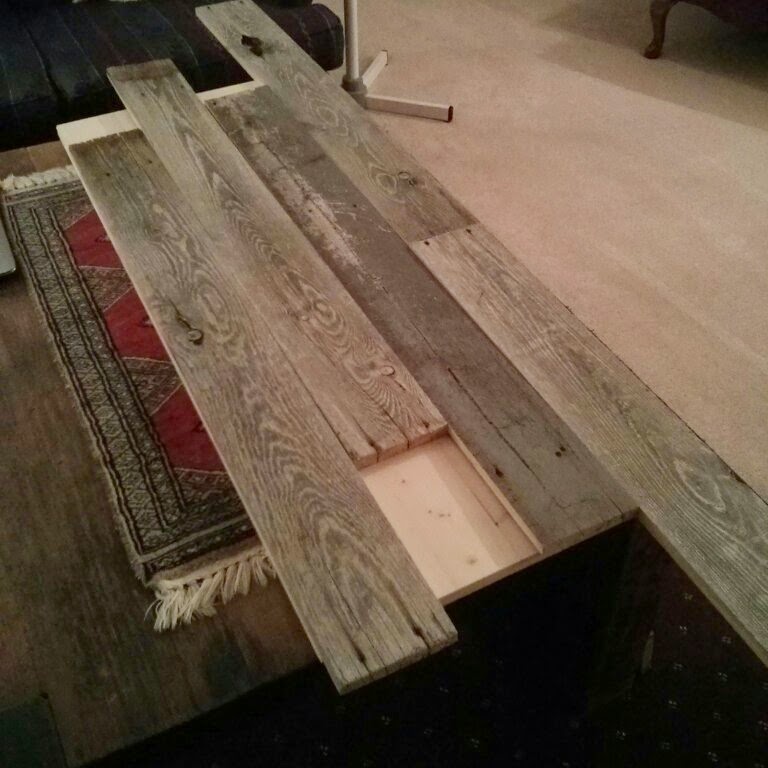 You can see quite a difference from the really old boards versus the new pine board. Close to the same thickness, bringing the overall thickness to a bit under 1.5", give or take. 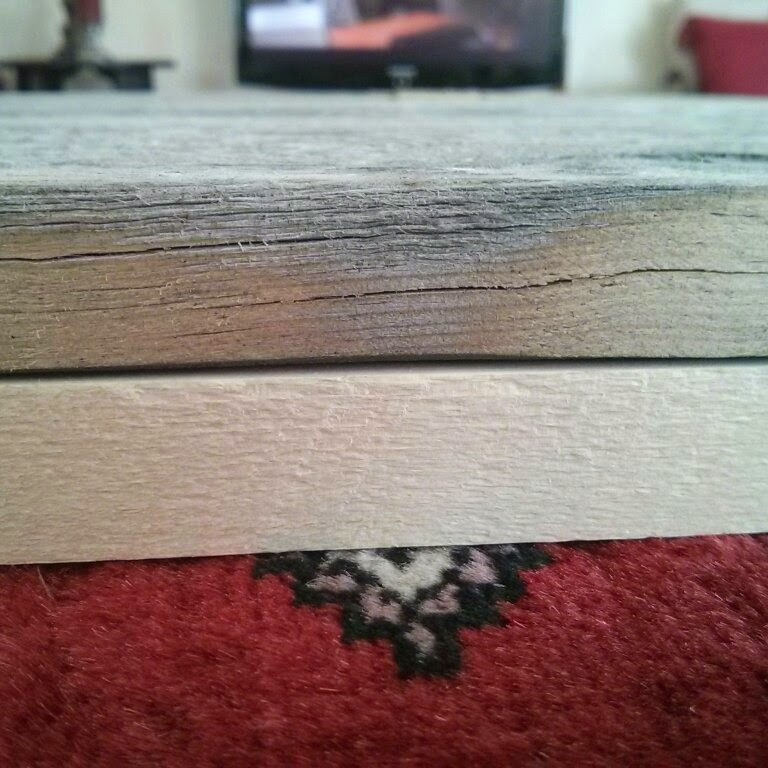 After laying out the boards on the carcass, I realized I didn't like them as wide as they were. Or is it depth? Depends, I suppose. Regardless, the boards were around 5" wide, and because some were mildly cupped, ripping them to 2.5" wide boards would lessen the cup, and also provide more boards to vary a pattern with.

I had picked up a "Footprint Tools Clamp and Cutting Guide" from Lowes a while back, and this would be the best opportunity to use it. I would have used a table saw, but it was broken, and well, it would have been tough to move anyway. 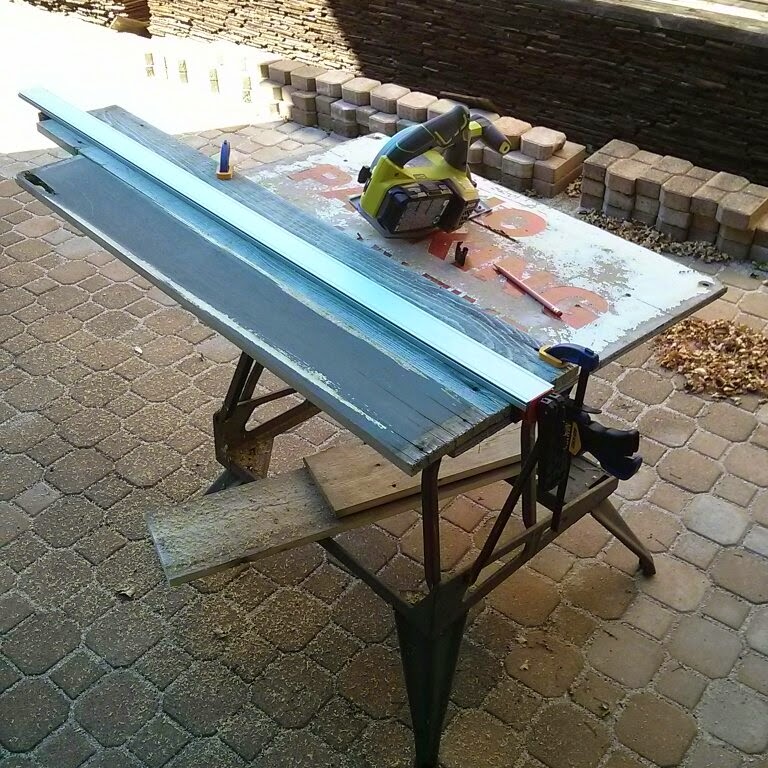 Now, this clamping and cutting setup is not ideal, at all. Possibly unsafe as well. But if you are cautious about where the blade is in relation to your body parts - at all times - you'll come out of it un-injured. But really, I would have killed for a table saw, 40 minutes of a portable circular saw would have been 5 minutes or less on a table saw. 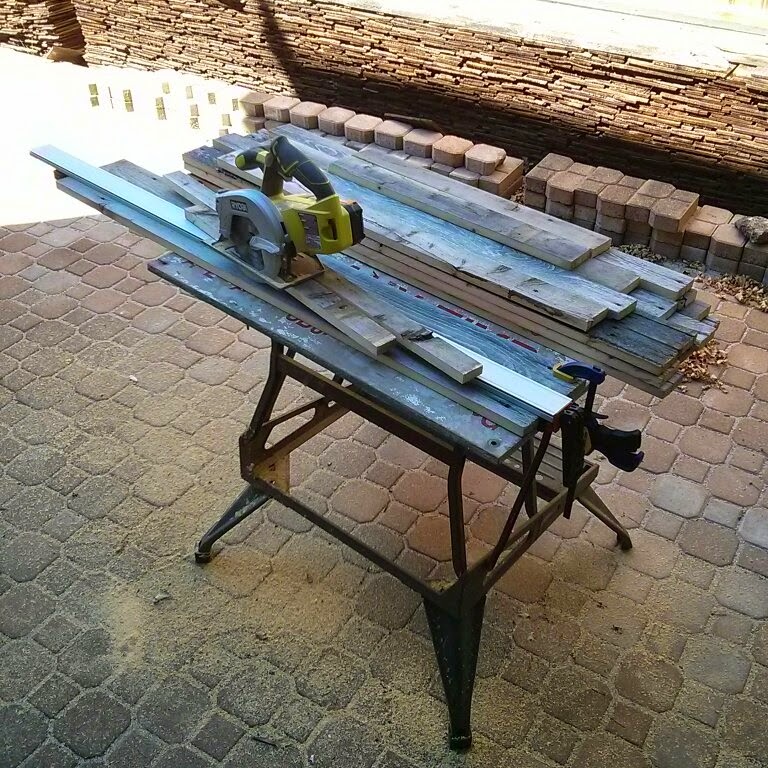 Once all the boards were cut, I clamped them together, and took a belt sander to one side, to try and create a flat, even surface, and to bring the width of the boards down to 'near the same'.  A scrub plane and a rough smoothing plane would have been a better choice, but I wasn't confident enough with planes yet to try. 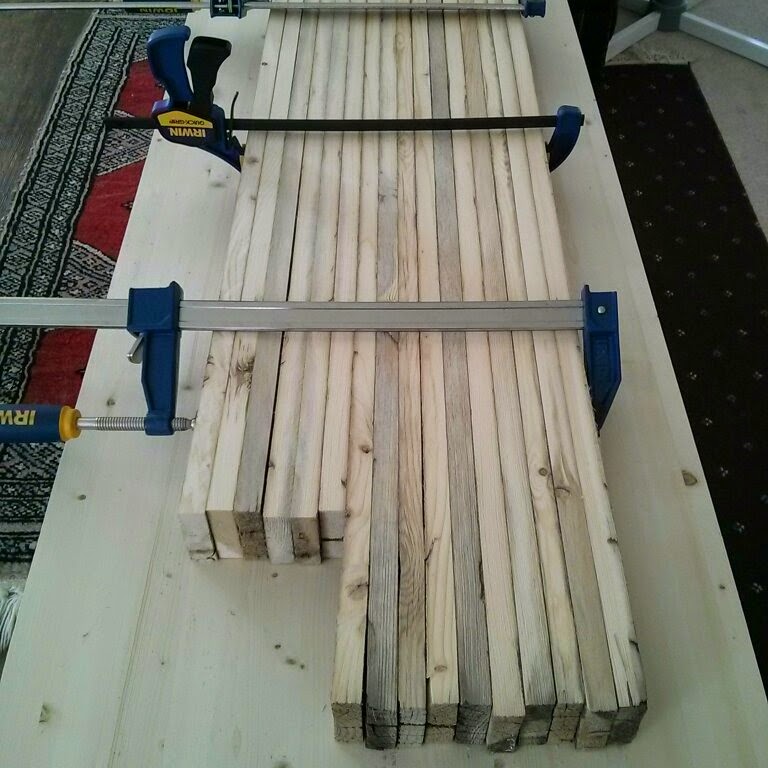 Now, that big pile of wood, although it looked good, wasn't entirely usable. Some of the boards had knots that were too large, splits, cracks, and surfaces that would not yield a nice desktop. So I had to take them to the miter saw, and hack off the bits that I couldn't use. 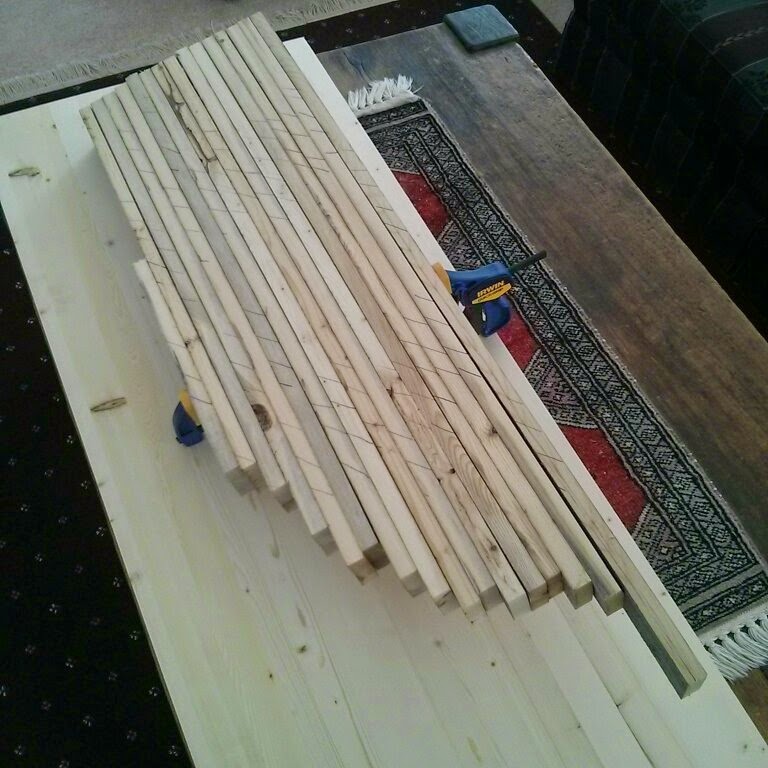 (Above: Not much left after a trip to the miter saw to remove the bad wood & knots)

Layout of the re-sized planks, trying to come up with a 'random' pattern that also looks good and fits well. Had to use my Japanese pull saw and miter box to trim up a few planks to fill the leftover spaces. 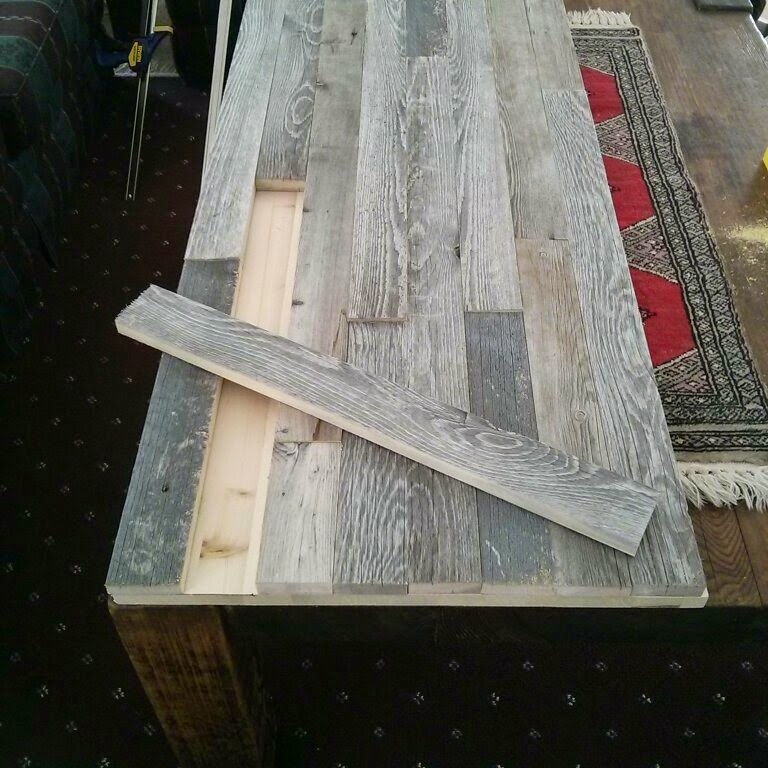 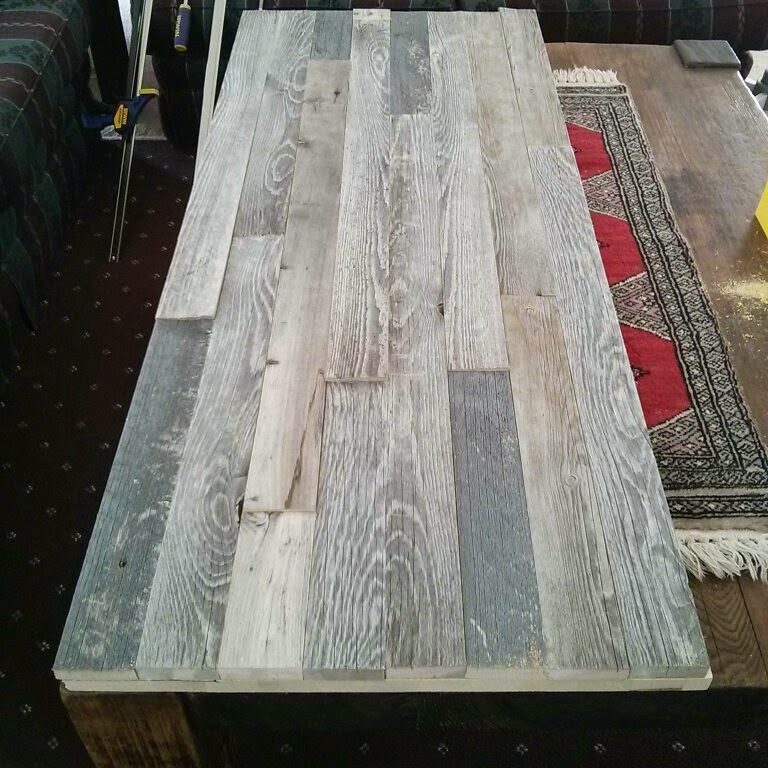 And with that, I'll leave it for now. Next steps will be securing the boards to the carcass, smoothing the boards, fixing holes, putting on edging... okay a lot of work left to go.