In a previous post, I had built a corner shelf for my bathroom - because counter space is kind of limited. Turns out, my mother liked the way it looked and asked if I could build one for her. Since I had material left over from building the first shelf, I got to constructing another one - with some improvements.

First I had to cut some 1" wide strips, for the shelf to attach to. I then cut the shelf with a jigsaw to try to match the angle of the wall. The bathroom wall is not square. In fact, the wall is roughly at a 92 degree angle. I wish I took pictures on how I managed to trace out that angle - because it was kind of creative problem-solving.

I tuned an old hand-plane and took off some excess material from the board, it needed some tweaking, and I didn't feel like bringing out the belt sander, especially since I could get a good finish with the plane. 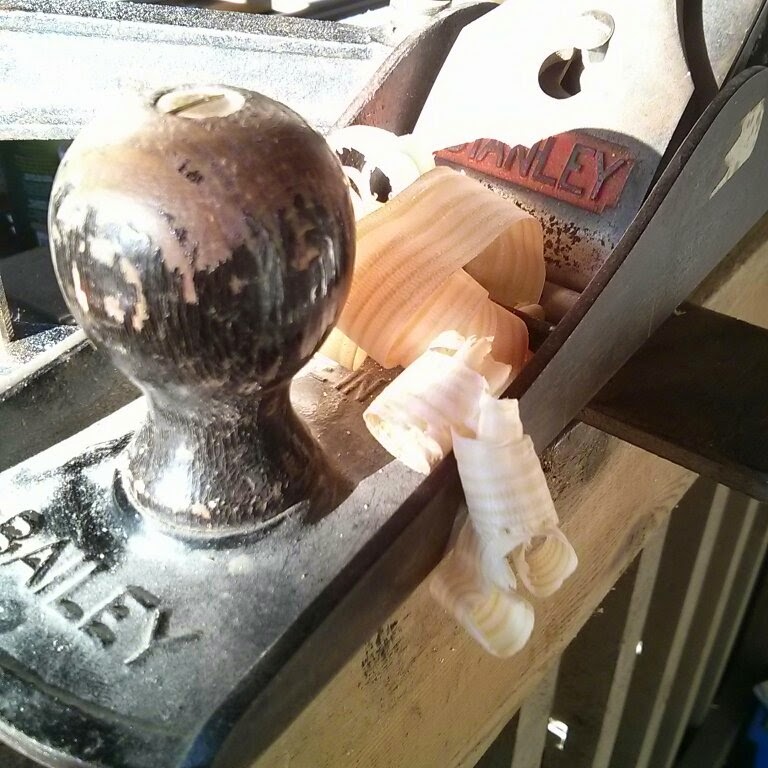 (Above: An old Stanley plane is sometimes a better option than sanding)

Assembly is relatively easy. I put down the 1" strips of wood, and placed the corner shelf on top to check if it was level. 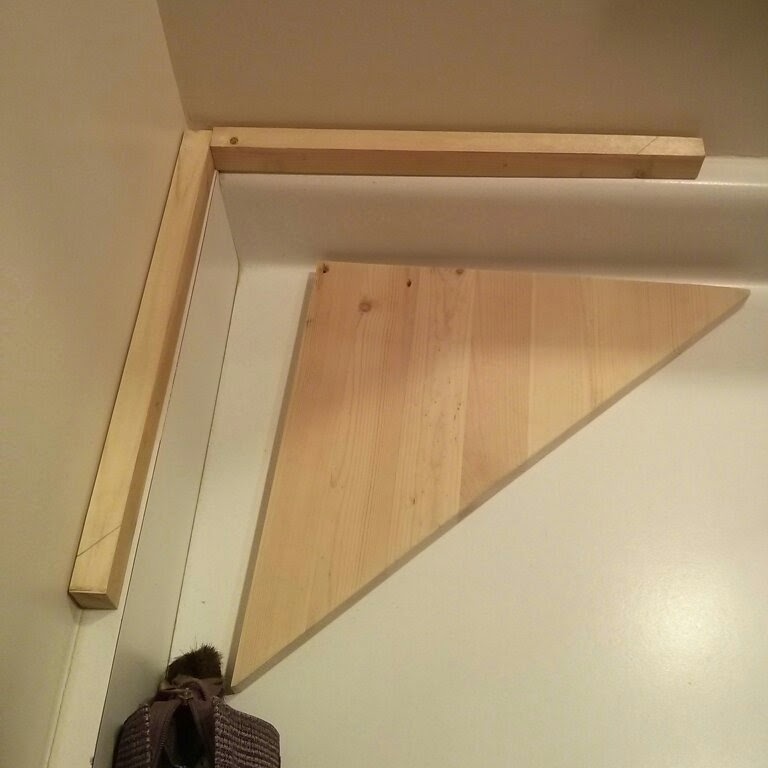 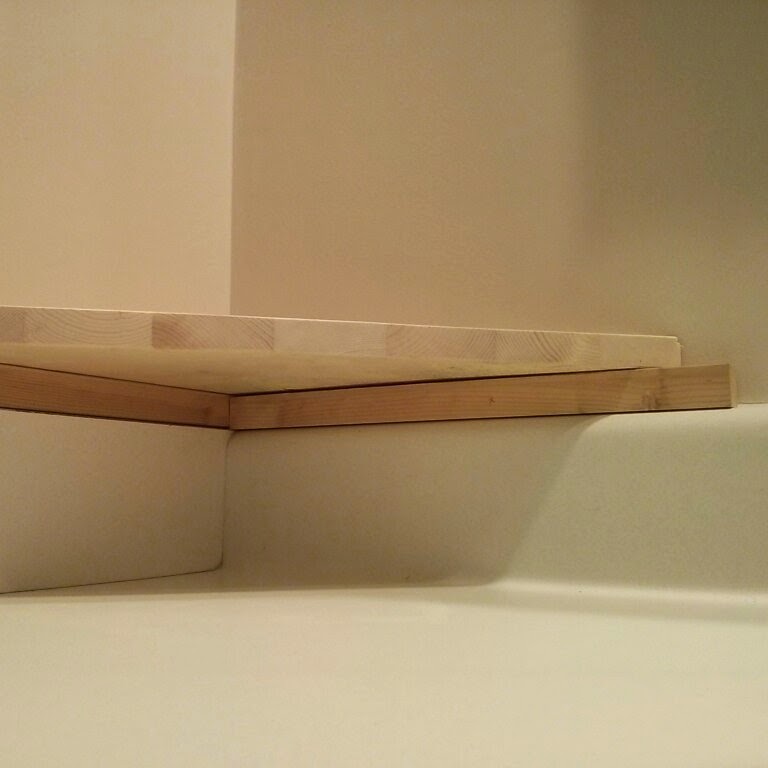 It was 'close enough' - so I marked the bits that stuck out with a pencil, and marked underneath with a pencil where the strips should attach to the shelf. 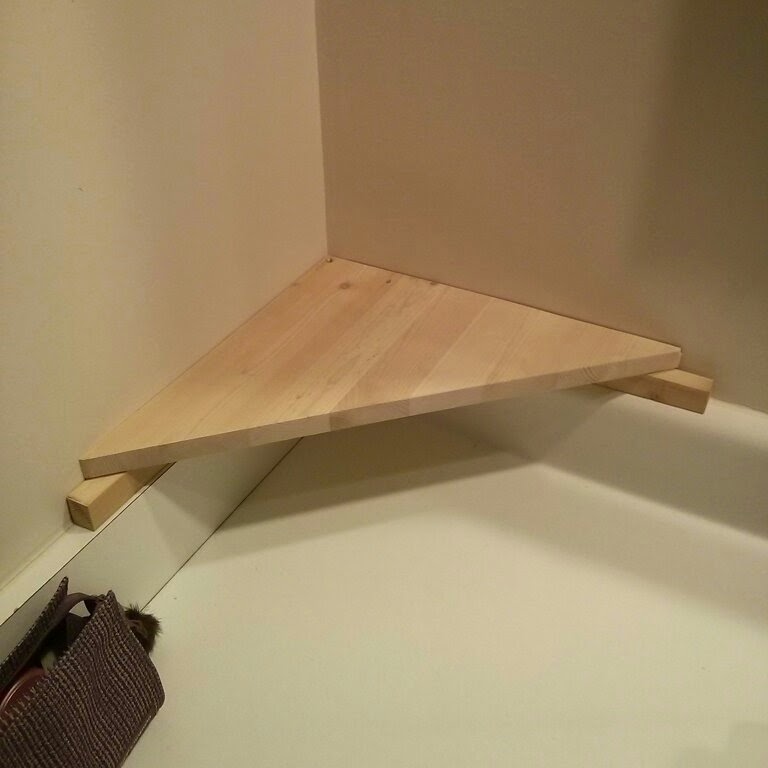 (Above: Fit looks ok, mark off the excess with a pencil to trim later)

Now for the fun part - the power tools.

I pre-drilled some pilot holes, mostly because I'm certain the wood would split if I just tried to sink screws in without them. My Ryobi countersink bit does okay, I lost the allen key to adjust the depth however. 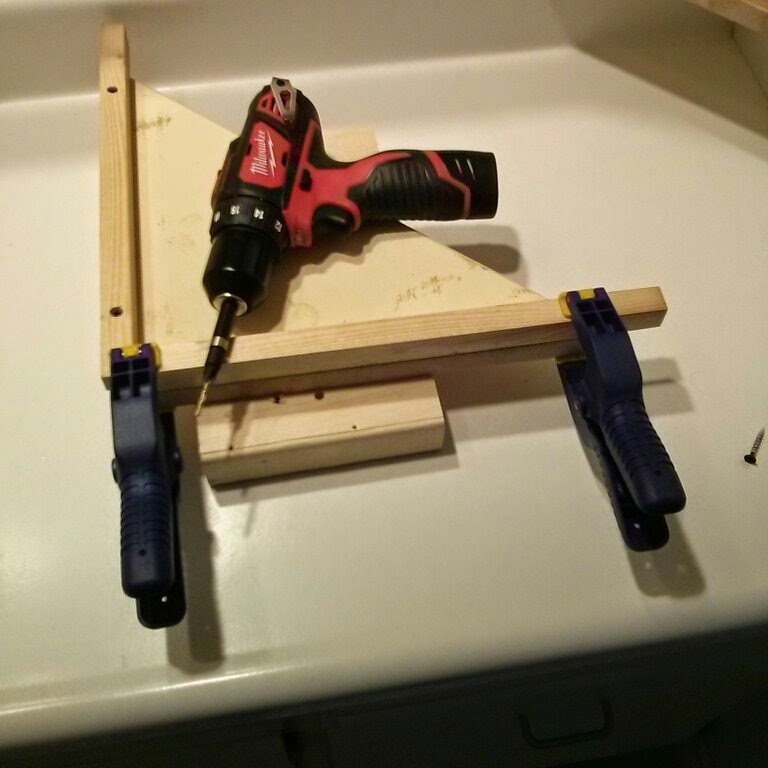 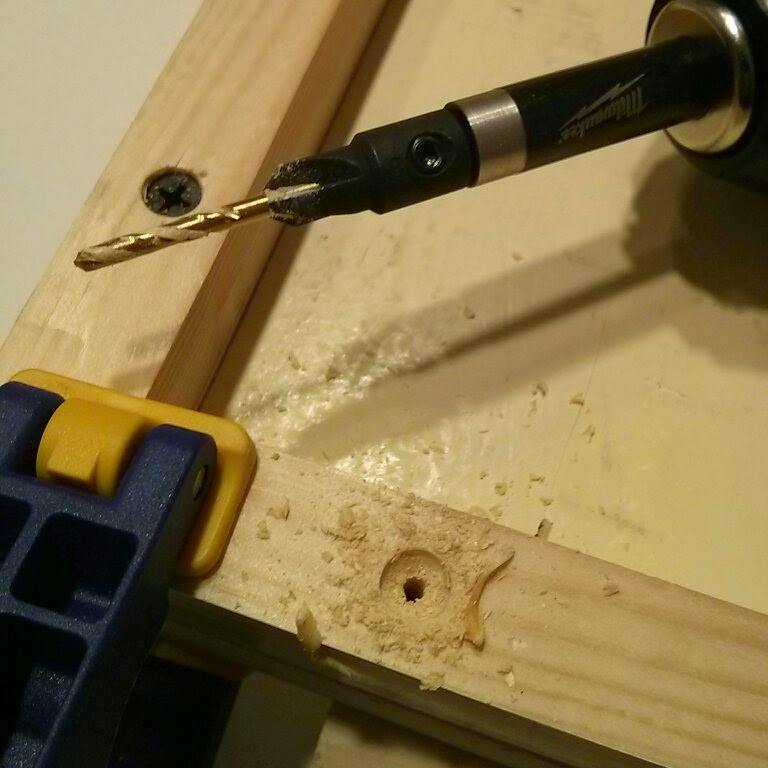 (Above: Pilot holes and counter-sinks are your friend) 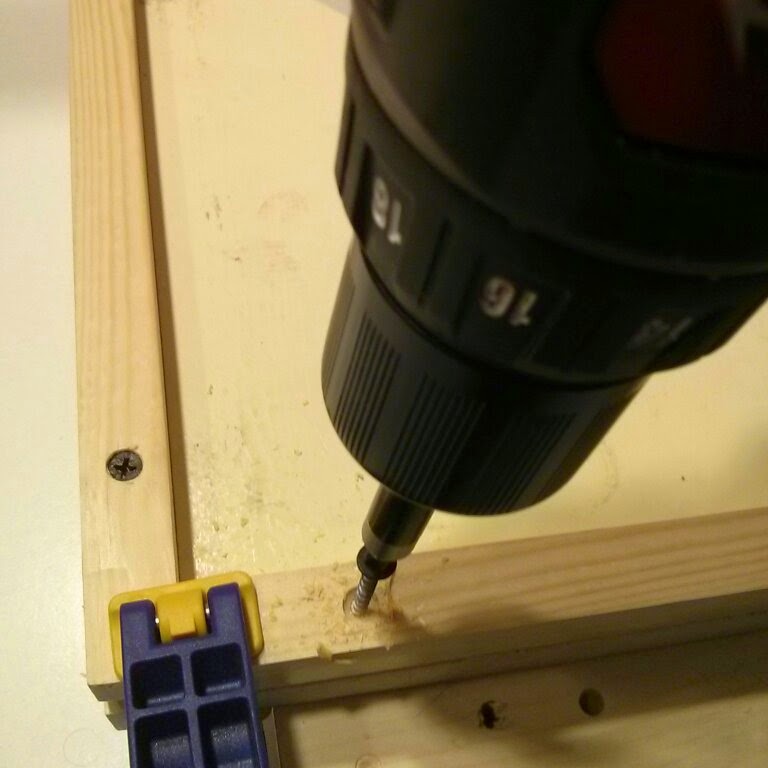 I used drywall screws because they were the right length and they were what I had on-hand. Plus, it's not like this shelf will bear a lot of weight, so they'll be more than sufficient. I also didn't glue the braces, because I wasn't in the mood to sand off the paint on the underside of the shelf.

With the braces secured, I could trim off the excess. I opted to use my Japanese pull-saw, and I cut the braces off on an angle (a bevel?) - just to make it look a bit nicer than the previous shelf that I built. 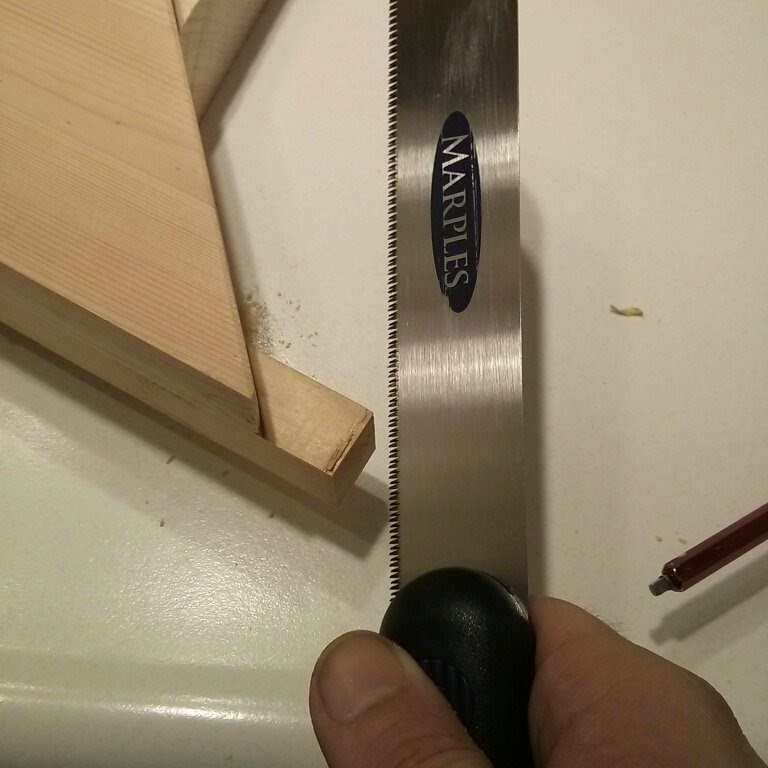 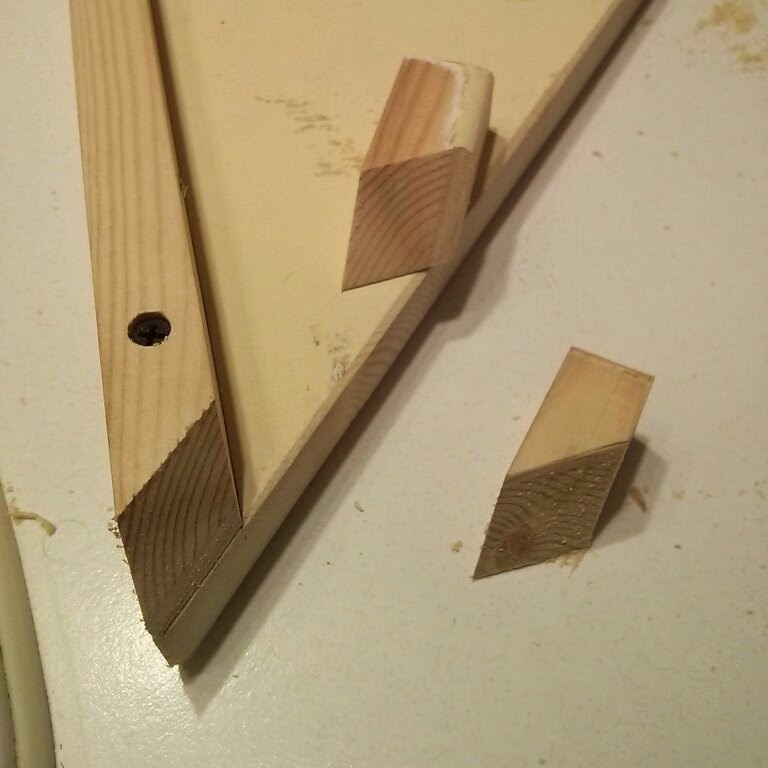 (Above: The bevelled cut looks a bit nicer than a square cut) 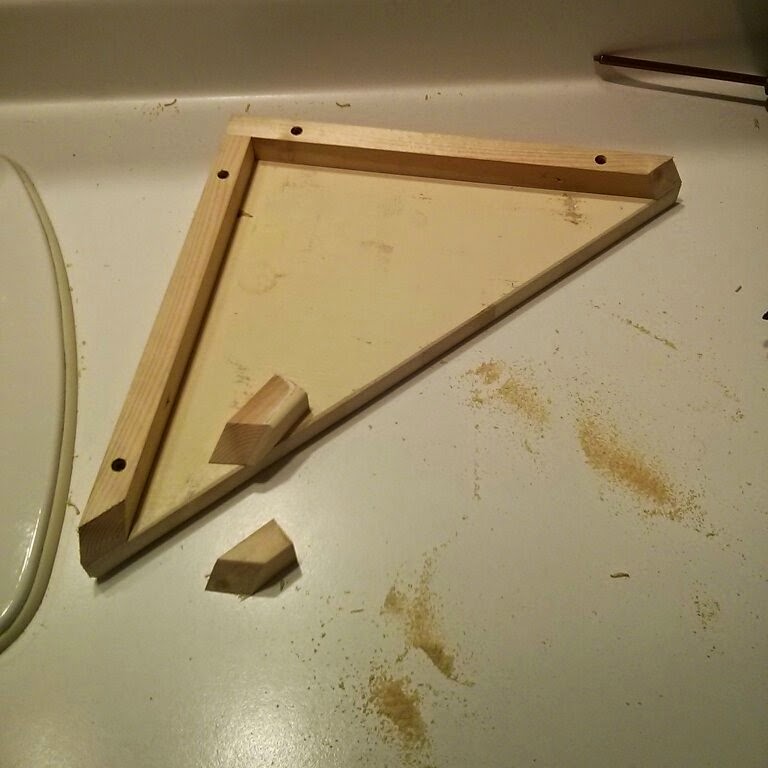 (Above: Pull saws are nice, minimal sawdust and clean cuts)

The screws that attach the shelf to the wall needed to be pre-drilled, and then sunk in part-way, to make the installation a little bit easier. Since the screws are underneath the shelf, it's not the most accessible - although an extension bit would take care of that. 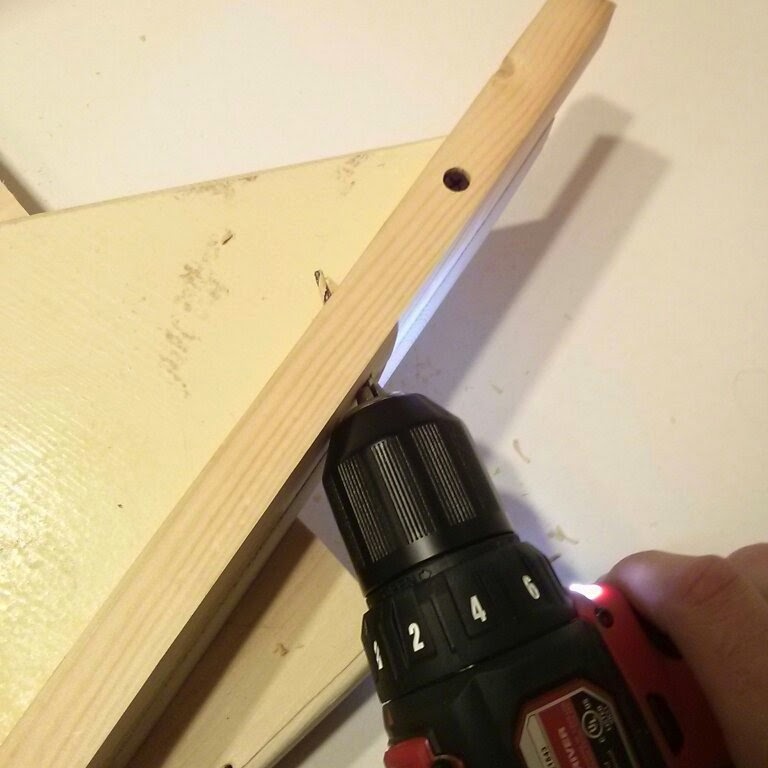 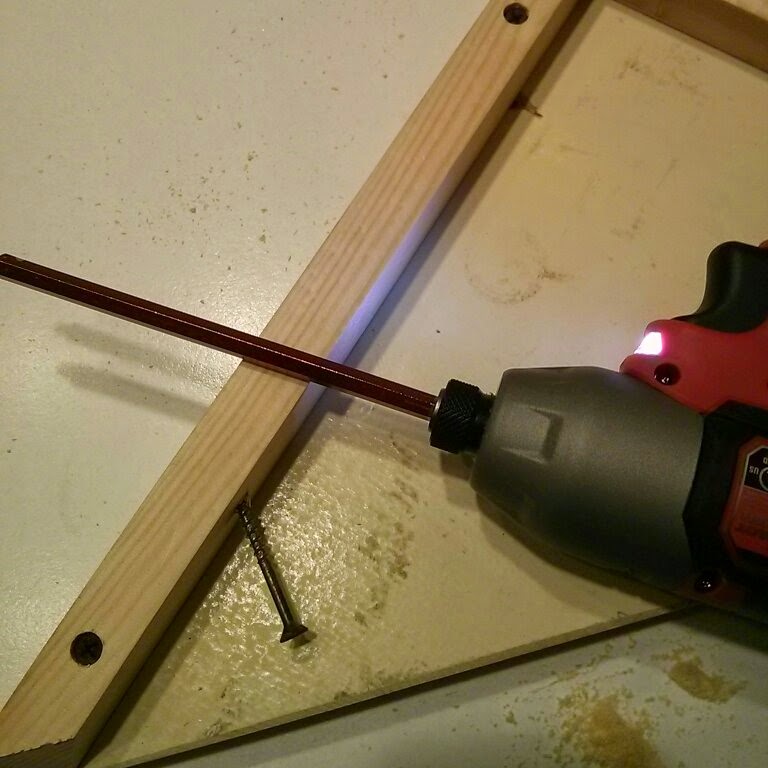 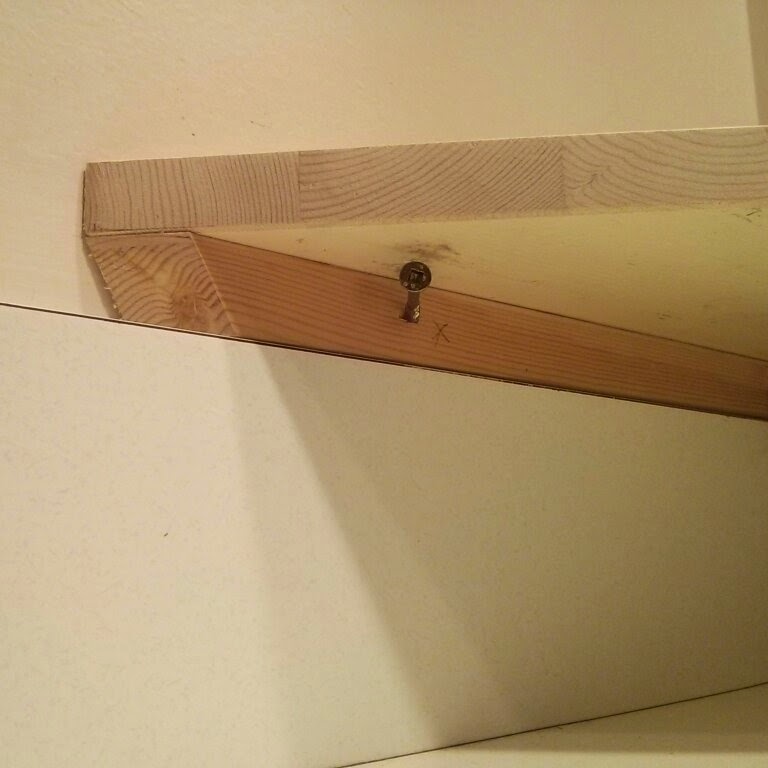 (Above: Having your screws ready to go can make installation much easier)

And voila, she's installed! But... not quite ready yet. The pale wood looks nice, but I know that this shelf will see a bit of unexpected moisture - so I figured some sort of finish would be in order. 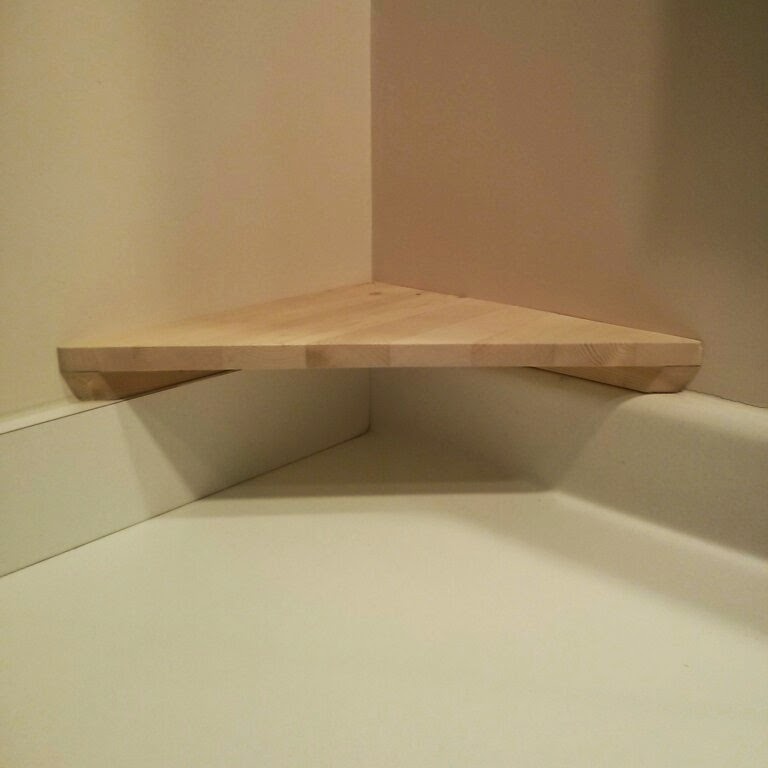 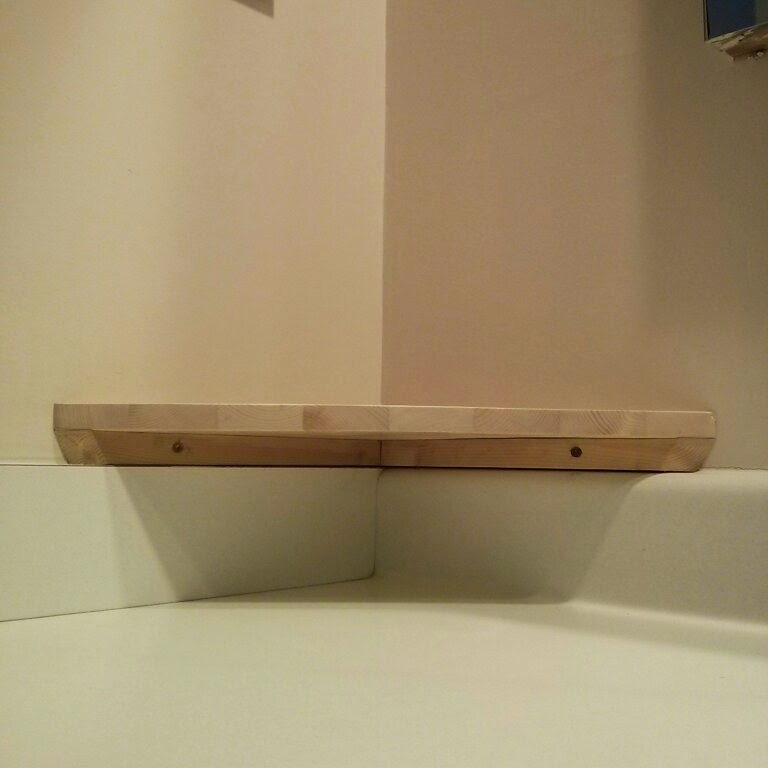 I still had some Minwax Wipe-on Poly from a previous project, so I figured that would make a fairly decent finish for the shelf. It didn't take long to apply, and after a few hours of drying, it looked nicer than before, really emphasizing the grain of the wood. It will amber a bit over time, but I'm okay with that. 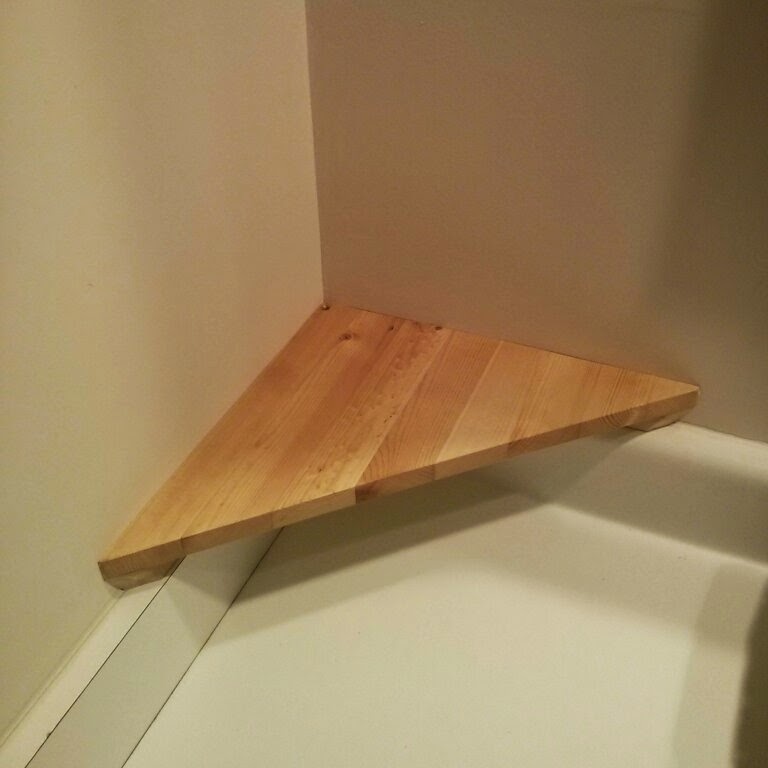 And with that, the shelf is finally done! The actual construction time took roughly 25 minutes, mostly because of hand-planing, and a healthy amount of time with the hand-sander, the finishing took a few minutes, and the drying time was about 4 hours. All in all, it was a quick little project, and hopefully I don't have to build another one of these any time soon! 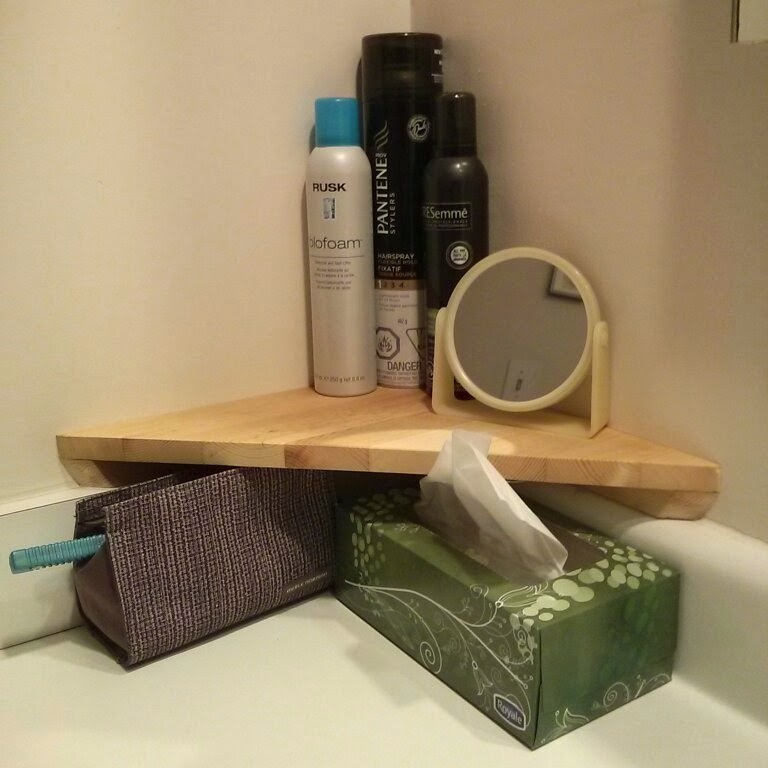