Every so often people ask me if I can make stuff for them. Nine times out of ten I end up turning them down (mostly due to time restraints, or the lack of a workshop). In this case I was asked if I could build a bench for my sisters mud room.

Since I'm a little better outfitted now to do a variety of different joinery methods / finishing / etc, I agreed to do the project. With some conditions... the project would be completed 'as I have time' - and the majority of the supplies would be provided to me beforehand.

Because it's my sister, I can get away with those conditions. Most paying clients would refuse. Anyway, on with the project!

The project started out with a rough idea of what she'd need. And finding out the dimensions I'd be dealing with. The bench would provide storage for shoes and boots, it would be almost 78" wide, 11" deep, and roughly 16" - 18" tall, depending on a few factors.

I sketched up a general design, and sent it off to be approved. My sister seemed to like it, so after doing some math and planning, and making a cut list, I knew what materials I'd need. 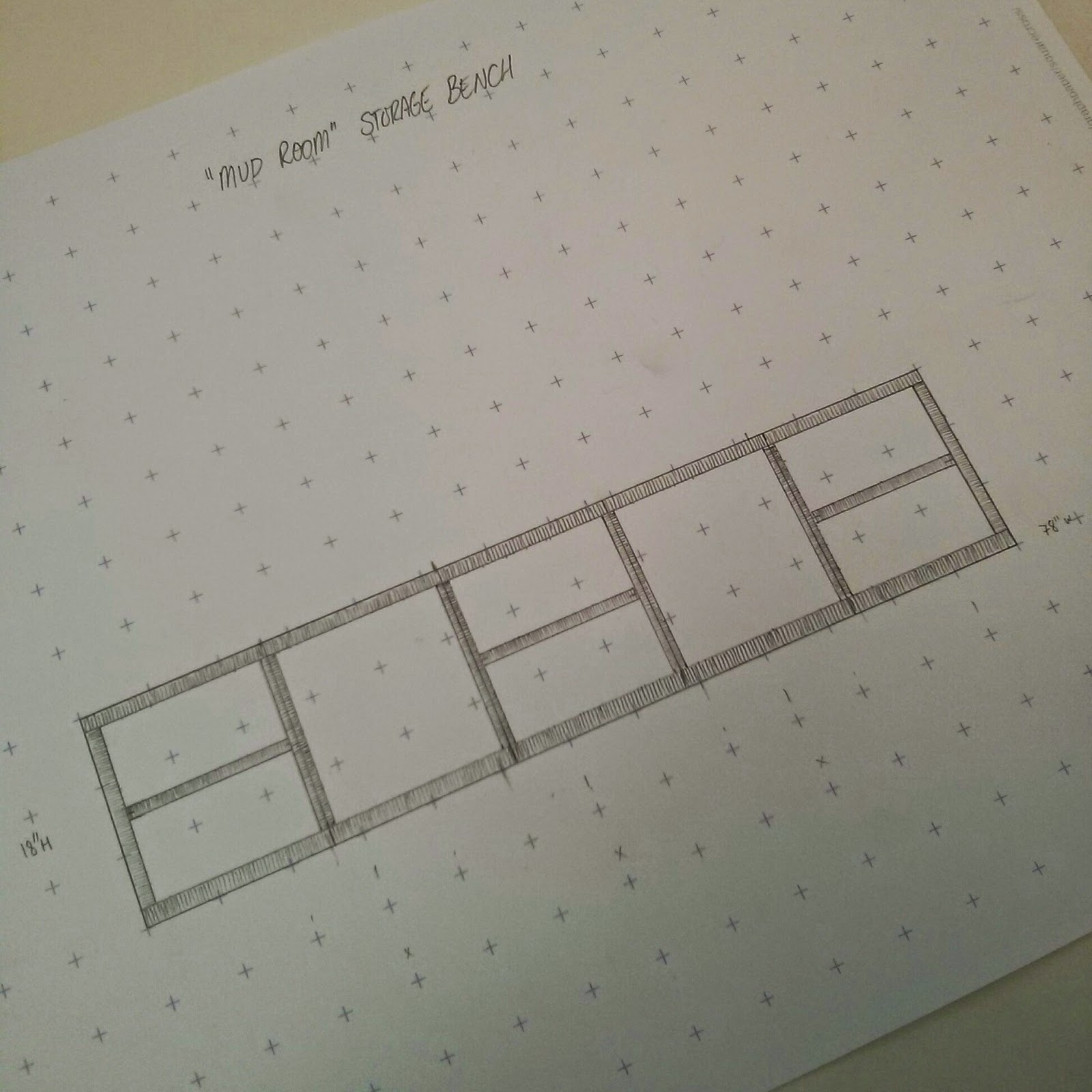 (Above: Planning a project beforehand will make your life way easier in the long run)

I persuaded my sister to grab her Honda Element, since the lumber needed for this project would not fit in my car. After a trip to Home Depot, and $60 later, I had 2 planks of 2 x 12 x 16 framing SPF. To get them to fit in my sisters vehicle, I had to have them cut into 8' lengths. I also tried to pick the least knotty/nicest grain/least damaged planks.

Since the dimensions would be 77 3/4", the original length of the boards would have to be trimmed down. This would give me a chance to use my fairly new circular saw and new crosscut blade. After measuring, measuring, and measuring again, I made the cuts with the help of a 12" framing square. 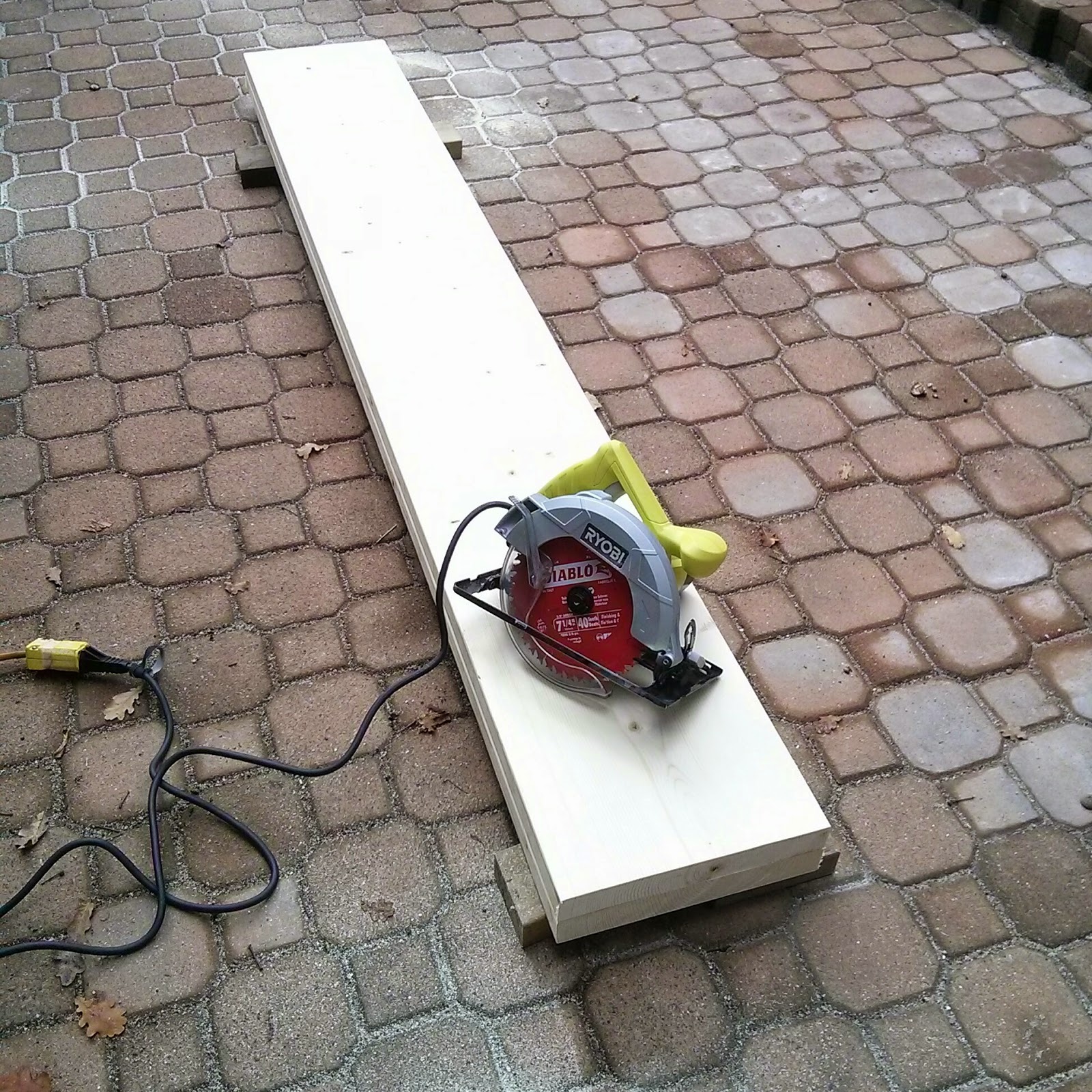 (Above: No table saw? Just get your wood up on some 2x4 blocks and you're golden)

As it stands, I haven't made much progress beyond this. I marked out the cuts I'd need to make on the longer planks (I need to cut a number of 16" sections) - but until the weather plays nice, I can't do the work, since all of my cutting has to be done outdoors.

Hopefully once the barnwood desk project is done, I'll be able to focus on this build more. I'm excited to get some practice with router-dadoes, dowel joinery, and the other technical elements that this build will put me through.